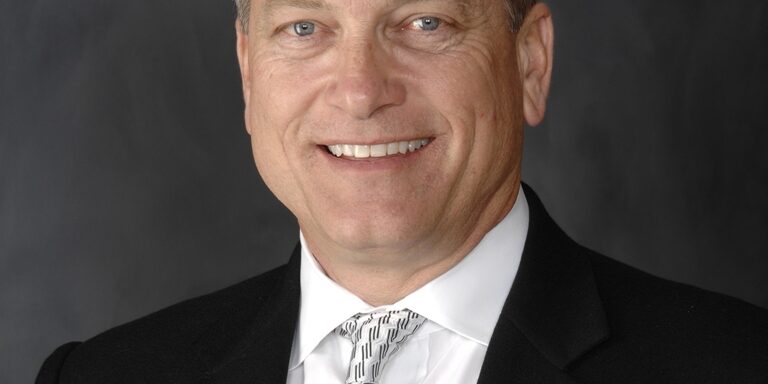 Rick Murphy is running for office with the PGA of America and said he’s doing so solely for the good of the game.

“I’ve got nothing to add to my resume, I’m done,” he said. “This is simply my way of giving back.”

Ultimately, Murphy, a Greensboro golf professional, wants to be the PGA’s president. It’s a job that takes several steps and begins with a bid for PGA national secretary.

Several hundred days a year of travel is part of the deal. Long absences from friends and family are a requirement.

And through it all, the winner gets paid nothing.

“It’s a huge commitment and I’ll essentially be a volunteer,” Murphy said. “It’s a sacrifice, but this game has given me so much, I want to return the favor.”

The vote will be held in November. The winner will need a majority of about 130 voters – two delegates each from the PGA’s 41 sections, plus one vote each from section directors, national officers and past presidents.

Murphy has been a professional for 34 years and a PGA member since 1981. He worked at Greensboro’s Cardinal Country Club from 1982-1995, then taught at the Country Club de Bogota in Columbia, South America, for five years.

Murphy is a two-time Carolina PGA teacher of the year and was the group’s 2008 golf professional of the year. He’s currently a member of the PGA’s national board of directors.

The PGA of America was founded in 1916. It’s a network of 28,000 golf pros dedicated to teaching and growing the game. Murphy noted that the PGA of America is the nation’s largest sports organization.

Murphy said he feels he should have an advantage in the bid for PGA secretary because he’s the only one of the three candidates serving on the PGA’s national board.

Murphy grew up on a tobacco farm in Youngsville, a rural community near Wake Forest. He began playing golf at the age of 10 and was good enough to earn a scholarship to play at N.C. State.

Murphy has had a pair of fund-raising events – in Greensboro and Charlotte – held for him already, and said others are planned in Raleigh and Columbia, S.C., this summer.

Murphy has support in his bid for national office from a number of individuals, including Jeff Abbot, executive director of the Carolinas PGA, the largest of the PGA of America’s 41 sections.

Abbot said he met Murphy while employed as executive director of the Tennessee PGA, a job he held for eight years prior to being lured to North Carolina.

“At the grassroots level, Rick has done it all,” Abbot said.

“Whether it’s selling hot dogs in the pro shop, owning his own club and academy, or coaching and holding youth summits, there’s not much he hasn’t done.

“What golf needs right now is someone to grow it. Rick knows how to do that.”

Abbot said Murphy’s support comes from throughout the Carolinas PGA.

Another supporter of Murphy is Ed Ibarguen, general manager of Duke University Golf Club and recent inductee into the Carolinas PGA Hall of Fame.

“It’s just perfect timing for Rick,” Ibarguen said. “I’m hoping we can get him through.”

Ibarguen said there are several reasons why Murphy would be an ideal choice for the job.

“He comes from a grow-the-game background, he’s never met anyone he didn’t like, he has already studied the issues and he can afford to travel,” Ibarguen said. “He’s the perfect candidate.”

Ibarguen said he and Murphy became friends when Murphy was working at the Cardinal in the ’80s and headed a pro/junior tournament there. Ibarguen said the game of golf is still growing, although the secret to its continued success is drawing in the younger generation, members of which were weaned on video games.

“The truth of the matter is the game of golf is very, very healthy,” Ibarguen said. “What we’re missing out on is the millennials. They want everything superfast. We’ve got to get them involved.”

He said Murphy’s bid for PGA office is further enhanced because of his experience working with such young people and knowing how to get them interested in the sport.

“He’s truly a teacher at heart,” Ibarguen said. “We haven’t had many teachers (head the PGA).”

Murphy agreed with Ibarguen that golf is in better shape than many believe, though the number of courses nationwide is expected to continue to decline for several years. He said that a year ago, 170 courses closed nationwide while only 15 opened.

Murphy said one reason the number of courses continues to drop was the overbuilding that took place about 15-20 years ago. Murphy said that during the period, too many real estate developers sought to build their subdivisions around a golf course. There weren’t enough golfers to support the courses.

But he pointed to the fact that the number of rounds of golf played in 2015 increased by 2 percent compared to 2014 as evidence a corner may have been turned.

“There are tons of positive things happening with the game of golf, contrary to what you hear,” Murphy said. “Youth golf is growing and that’s what we have to nurture. Growth in golf is going to come from women and our youth.”

For more information about Murphy and his bid to be secretary of the PGA of America, visit his website at: rickmurphyforpgasecretary.com.