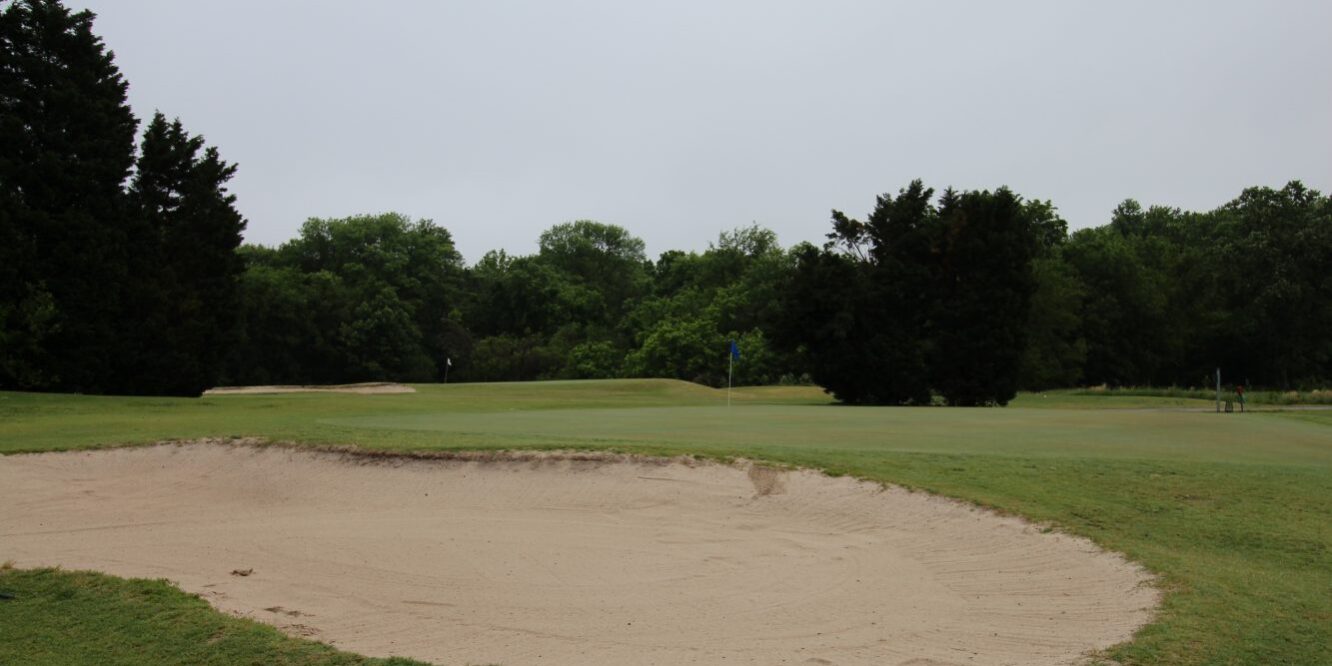 At mid-afternoon on a recent weekday, Billy Eastwood was greeting a customer entering the clubhouse at Gillespie Golf Course.

They seemed like old friends, the way it is between many of the golfers who frequent Gillespie and those who staff its pro shop.

“Hey, Seth, how are you doing, man?” Eastwood asked.

The two shook hands. Eastwood, the assistant golf pro at Gillespie, has been working at the course for 31 years, since he was a high school student. He and the course’s regulars have had plenty of time to develop first-name bonds.

Eastwood and Bob Brooks, Gillespie’s director of golf, are fiercely proud of their nine-hole course, happy to tout their beloved layout to anyone who’ll listen.

“This is one tough little golf course,” Eastwood vowed. “I tell people, ‘This course will give you all you can handle.’”

Gillespie is located on East Florida Street near its intersection with Martin Luther King Jr. Boulevard, about a mile east of downtown. The course and its accompanying facilities occupy an 88-acre plot.

Gillespie has played an important role in the history of Greensboro and the local civil rights movement. Today, the course, in the midst of its 75th anniversary, is flourishing.

The number of rounds played is up by 20 percent compared to a year ago, Brooks said. If the current pace holds steady, 14,000 golfers will have played Gillespie by year’s end. That’s the greatest number since the early years of Tiger Woods’ rise to fame, which brought with it a bevy of young players to the game.

“We fight the stigmatism that comes with being a nine-hole golf course, but we’ve got all the amenities of any golf course you’ll find,” Brooks said. “We’re affordable, accessible and this is one fun little course to play.”

While it’s true Gillespie is a nine-hole course, the layout comes with 18 different tee boxes, meaning the “front” and “back” nines play as two largely different courses. Even the pars are different on a number of holes, based on what tract a golfer is playing.

“Yes, we’re a nine-hole course, but the front nine plays totally different than the back,” Brooks said.

He’s also quick to point out that the course measures 6,445 yards from the blue tees, a fairly lengthy layout by anyone’s standards. Gillespie’s slope rating, Brooks said, is comparable to Bryan Park, Greensboro’s other city-owned (and more prestigious) facility.

But a nifty little nine-hole layout isn’t all Gillespie has to offer. The facility has a driving range, a short course with five target greens that allow golfers to practice their chipping and putting, and a full-service grill.

Thanks in large part to a $500,000 donation from the Joseph M. Bryan Foundation, Gillespie has one of the finest practice facilities of any course. Students who participate in The First Tee of the Triad are among those who benefit.

“It’s one of the premier practice facilities in the Southeast,” said Mike Barber, president and CEO of The First Tee of the Triad. “It’s just a beautiful facility.”

The First Tee of the Triad runs after-school programs for 1,500 students at 16 locations throughout the area. Gillespie is one of its two (Winston Lake Golf Course the other) flagship locations.

The First Tee stresses nine core life values while also providing fundamental lessons for a lifetime of golf. The First Tee of the Triad has been recognized by PGA Tour commissioner Tim Flinchem as one of the top five chapters of the 180 chapters that exist nationwide.

“Others emulate what we do,” Barber said.

The Golf Learning Center at Gillespie is frequented five days a week by students participating in The First Tee of the Triad. Participants range in age from 7-to-17 and are enrolled in after-school programs Monday-Thursday, then come back on Saturday mornings for more instruction.

An eight-week program is offered each spring and fall, with camps and clinics scheduled through the summer. Hundreds take advantage of the offering. Students of all skill levels participate, with all-girls classes also offered.

Not everything involving The First Tee of the Triad corresponds to golf. The program also stresses such things as ACT and SAT preparation classes.

Kelly Phillips is regarded among the top teaching professionals in the state and has worked with many of the area’s top amateurs. He is the teaching professional at Gillespie. He offers lessons to adults, but also spends a fair amount of his time donating instruction to students learning the game of golf through The First Tee of the Triad.

Phillips taught at a number of other locations (Greensboro Country Club and Sedgefield Country Club, included) throughout the Triad for 25 years before moving to Gillespie. His move came at the suggestion of Jim Melvin, president and CEO of the Bryan Foundation.

“The opportunity I was given here was through Mr. Melvin,” Phillips said. “He shared his mission. It has been great.”

Phillips’ studio equipment, available for those he’s instructing at Gillespie, is also topnotch, including video and TrackMan technology.

“I’ve got everything I need to teach anyone from a beginner to a professional,” Phillips said.

Phillips said he still regularly encounters golfers who have lived all their lives in Guilford County but never visited Gillespie before driving out to take a lesson from him. He said their reactions to the course and its facilities are almost universally positive.

“The first-time response I hear more often than not is, ‘This is really nice. I like it here,’” Phillips said.

He said his own take on Gillespie is much the same.