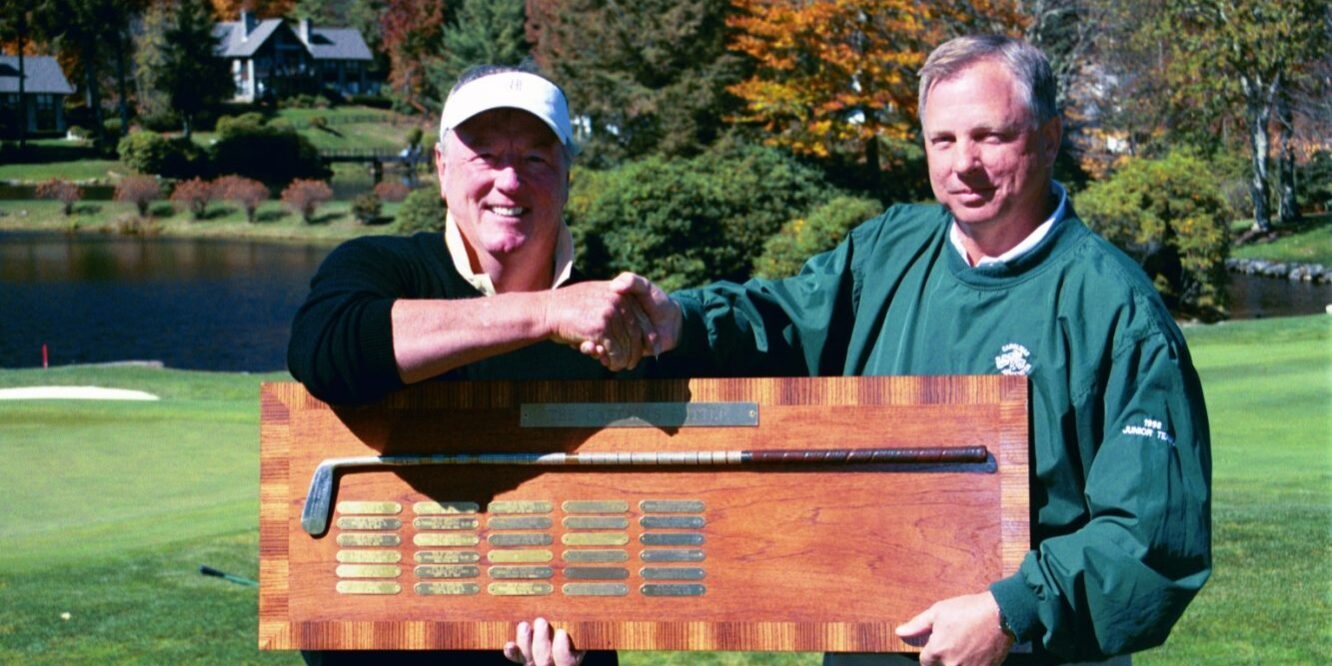 In the business world, employers expect at least two weeks’ notice before letting someone walk away from their job.

Tom Thorpe won’t have it so easy when the time comes to leave the Carolinas Golf Association.

“I did tell him one time, ‘I’m gonna need a two-year notice from you before you retire,’” Jack Nance, the executive director of the CGA, said with a laugh. “He is going to be a hard one to fill. You pass it over to him and he takes care of it.”

Thorpe has done a lot of everything for the game of golf since the 1980s. From working as a volunteer rules official to setting up U.S. Open qualifiers to running senior tournaments to serving on the CGA executive board, Thorpe has continued to give back to the game that has given him so much enjoyment.

“I do this as a retiring job, but it’s really not a job. It’s a passion,” Thorpe said. “I love the game, love the people, so as long as my health holds out, I’ll keep doing it. It is fun, or I would have quit a long time ago.”

Thorpe said he just laughed when Nance made his joke about giving two years’ notice. It’s no laughing matter, however, when talking about someone like Thorpe. The CGA relies on about 250 volunteers to assist with course ratings, rules, tournaments and more. Thorpe got his start as a volunteer in the 1980s when then-director Hale Van Hoy approached him. Now, the 66-year-old does so much he’s paid by the CGA.

“It’s one thing having volunteers, but it’s another thing having a volunteer – and a guy we pay as well – who is very, very good at what he does,” Nance said. “Tom has filled a really good niche for us.”

When Thorpe was about 12 or 13, he remembers his dad coming home with a set of golf clubs in one big bag without a strap. That day in Indiana began Thorpe’s love affair with the game – and what golf means for family and friends: “He took me with him the first time he went to hit golf balls,” Thorpe recalled of his father.

Their small town had one private nine-hole course with two sets of tees. Thorpe spent one summer as a caddy, then another as caddy master before being promoted to the golf shop. He was thoroughly hooked on the game, and when his family moved to Selma outside of the Triangle area after his high school graduation, Thorpe was able to attend then-Pembroke State University and play golf there.

A career in accounting with Wachovia and raising a family with his wife, Linda, followed, but golf remained an important part of Thorpe’s life. He fondly recalled playing with his dad, Delbert, in every CGA Father-Son Championship until his oldest son, Scott, was 8. That year, Tom and Scott played together, while Delbert got Tom’s brother as his partner. Their teams were in the same division.

“We finished next-to-last and they finished last,” Tom said with a laugh, “but it’s just an annual event you look forward to every year even if you might not play well.”

Tom’s sons – Scott and Todd – played golf for West Forsyth High School. Both served in the Navy, which led to the family having to skip the Father-Son a time or two. Now that they are 36 and 30 and out of the service, Tom usually has someone available to join him: “This year it’s Todd’s turn,” he said. “I’ve got my ticket. It’s a matter of who I get to pick.”

Thorpe’s various roles with the CGA help ensure that familial aspect of golf continues to flourish. He spent three decades on the U.S. Junior Boys committee and still helps run the qualifier in North Carolina. Since 2009, Thorpe has dedicated his time to running the Senior Four-Ball One-Day events started by Van Hoy – a chance for those 55 or older to gather with friends and play great courses all over the Carolinas. This year, there will be 50 such events.

Spending so much time at tournaments means Thorpe also is a regular when it comes to officiating. Enforcing the rules of the game may not be glamorous, but it is necessary.

“The calls are there, and when you’re working with golfers, they understand when there’s a mistake, there was something wrong, and they take the penalty. It’s not like calling a foul at a basketball game,” Thorpe said. “Particularly with juniors, helping them learn the game, the rules – that’s the time you need to teach them how to play the game and play the game right.”

That kind of education fits into the vital role the CGA plays for its members. It’s more than just organizing tournaments and posting handicaps.

“I think the ones that know what the CGA does greatly appreciate what we do,” Thorpe said. “I get that from the seniors all the time. They think it’s one of the best organizations in the country. There are a lot of people who are members of the CGA through their golf club that don’t know all we do.”

Those who are involved can’t help but know Thorpe. He’s thankful for much throughout his life, especially the opportunity to work with so many golfers the last 30 years.

“I look back and it was just a stroke of luck that they saw me and asked me. Had that not happened, I probably never would have gotten involved,” Thorpe said. “If I had to do it all over again, I wouldn’t have changed anything – maybe changed careers and gone into golf administration instead of banking.”