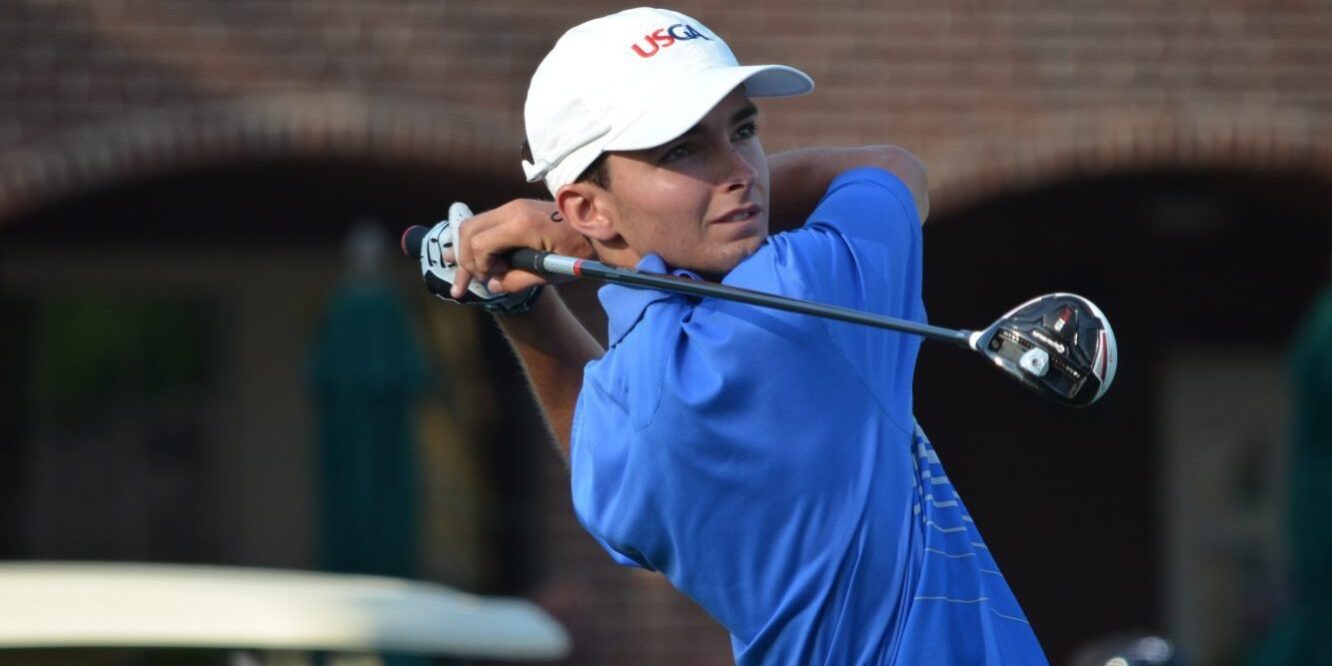 Justin Emmons has for years been as good a high school golfer as there is, a guy who makes birdies look easy, the three-time player of the year for the PAC-6 2-A Conference.

But through it all, the one thing that eluded Emmons, 17, a rising senior at Providence Grove High School, was a signature win, the kind of victory that stood out, separating him from the crowd.

It eludes him no more.

This Spring, Emmons came back from a seven-stroke deficit on the final day to capture the state 2-A golf tournament held at Foxfire Resort in Pinehurst. His bogey-free round of 68 tied him with first-round leader Logan McNeeley of Newton-Conover.

Emmons rolled in a 15-foot par putt on the 18th hole to force a playoff.

On the first playoff hole, Emmons nailed a 7-foot par putt, and then watched as McNeeley missed his own 4-foot par attempt. At last, Emmons had that big win he’d been looking for.

“I’d always been there in tournaments, but I never had that break-through win,” Emmons said. “This one kind of got me going. I remember thinking, ‘Yeah, I can play with all these guys.’”

A win for Emmons didn’t seem likely after the tournament’s first round. He opened with a 77 while McNeeley shot a 70.

Entering the second round, Emmons said he tried to have a positive outlook.

“I just wanted to go out and put up a good number, then wait to see what happened,” he said.

Things fell into place for him and the confidence-boost has carried over. Following his win in the state tournament, Emmons qualified for the Trusted Choice Big I National Championship in Sacramento, Calif. He did so by capturing the championship of the North Carolina Big I tournament at Mid Pines Golf Club in Southern Pines.

Emmons said he considers the state Big I win even bigger than his high school championship. He fired rounds of 69 and 71 at Mid Pines and won by a single stroke.

“Yeah, in my mind, that’s definitely the biggest,” Emmons said. “To me, that’s the most satisfying win I’ve had.”

He didn’t perform poorly in Sacramento in the national Big I tournament, finishing tied for 37th in the prestigious event. A total of 90 golfers qualified and 50 made the cut in the four-day tournament played at Del Paso Country Club.

But Emmons said he feels he could have played better.

“I never really got anything going,” he said. “It was a great experience, but I could have shot a better score than I did.”

Mike Brown, the golf coach at Providence Grove, counts himself among Emmons’ fans.

Brown remembers a few years back someone telling him about a hotshot golfer who’d be a freshman at the school that year. The player was Emmons.

Brown said his team played nine-hole matches and said Emmons shot a 40 in one of his first rounds for Providence Grove.

“He was highly upset,” Brown recalled. “That’s when I realized how special he was. Most kids would love to shoot a 40.”

Brown said Emmons had a 38 average as a freshman and has only continued to improve.

“I’ve had some good golfers play for me, but I’ve never had a kid this good,” Brown said. “That victory at the state, that was big step for Justin. The sky’s the limit for him.”

Emmons said he’s been playing golf about as long as he can remember.

Emmons said his father is a pretty fair golfer and laughed as he said, “He’d probably be even better if he didn’t have to haul me around to all these tournaments.”

Emmons played baseball and basketball when he was younger; though it didn’t take him long to realize that golf was his calling. He plays most of his rounds at Pinewood Country Club in Asheboro.

“I just really like golf,” Emmons said. “I never get tired of it. I play almost every day and I always look forward to going to the course.”

The best part of his game, Emmons said, is his short game.

Emmons said that for his senior year of high school, his goals include Providence Grove repeating as conference champions. That’s something Emmons’ team has accomplished all three years he’s been in school.

He also would like another player of the year accolade, and another state championship before he graduates. Emmons said with any luck, he and his high school teammates will advance past the state regionals this year, something they didn’t accomplish this past season.

Emmons has verbally committed to UNC-Greensboro, where he plans to play golf and major in “something to do with science or math, bio-chemistry, maybe.” Academically, he’s in the top 15 in his class at Providence Grove.

He comes across as a young man with his head on straight, noting that if his future lies in professional golf, so be it, but meanwhile he’s not depending on that becoming a reality.

“I’m not going to force anything right now,” Emmons said. “I’m going to go and enjoy college and see where it goes from there. If I get good enough, maybe I can give the pros a shot.”