Ragsdale junior off to fast start in 2017 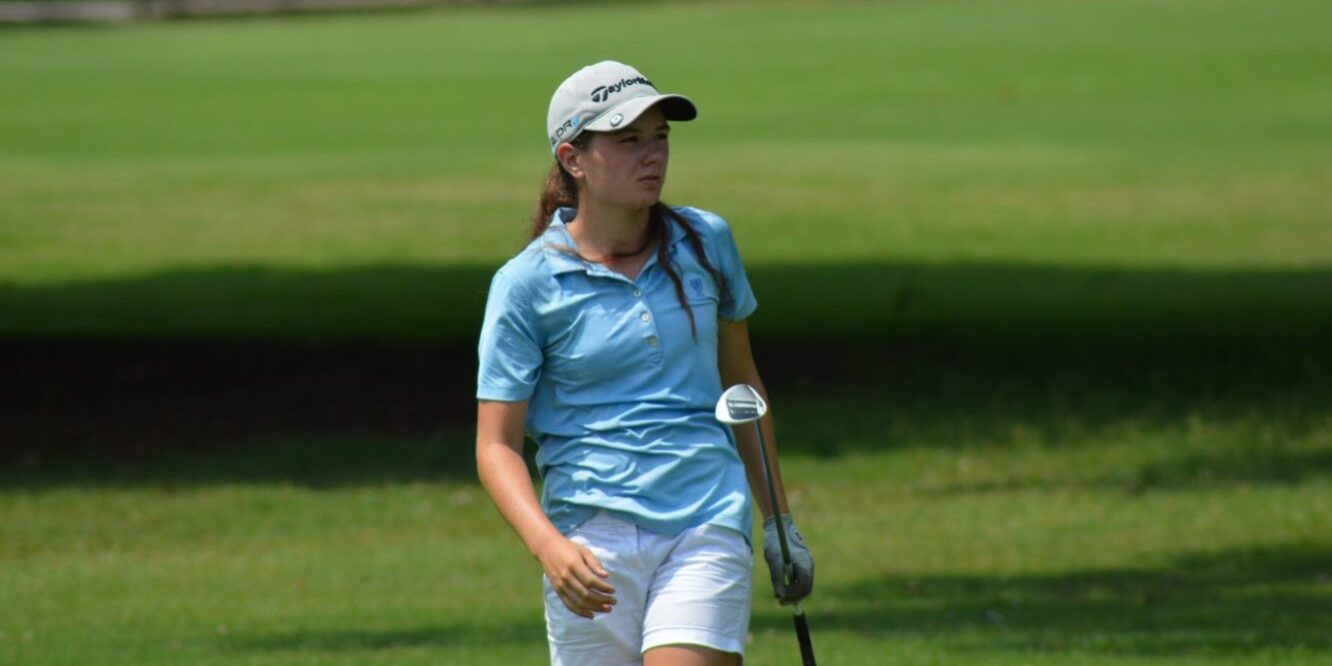 Madison Isaacson is already off to a fast start in 2017 after a strong showing last year.

Isaacson, a junior at Ragsdale High in Jamestown, shot a solid 5-over-par 149 in mid-March to win the TYGA Archdale-Trinity Chamber Junior Open at Holly Springs by a whopping eight-shot margin.

“I want to be first team all-state,” Isaacson said. “I need to be more consistent and focus on one shot at a time.”

Isaacson has some swing plane issues she’s trying to work out, but she is already a solid player who keeps the ball in play and rarely three-putts.

Though her most impressive round last year was a 71 at Pinehurst No. 6 the day after she opened the Junior North-South with 83 at Pinehurst No. 2, Isaacson also shot 70 and 72 to finish stroke play in second place at 2-under the North Carolina Junior Girls’ Championship at Country Club of Salisbury. Isaacson advanced to the quarterfinals.

She also shot 4-under 32 in a nine-hole high school match.

Best Round: Shot 71 at Pinehurst No. 6 in second round of the Junior North-South Amateur.

Magic Moment: Holed a 7-iron approach for eagle on the eighth hole at Pinehurst No. 6 during Junior North-South Amateur.

Major Goal: Consistency. “I’ve been working on my swing with Kelley Phillips. My swing plane was off, and I could miss it either way,” Isaacson said. “It has gotten a lot better. I want to keep improving and do well in all the big CGA tournaments.