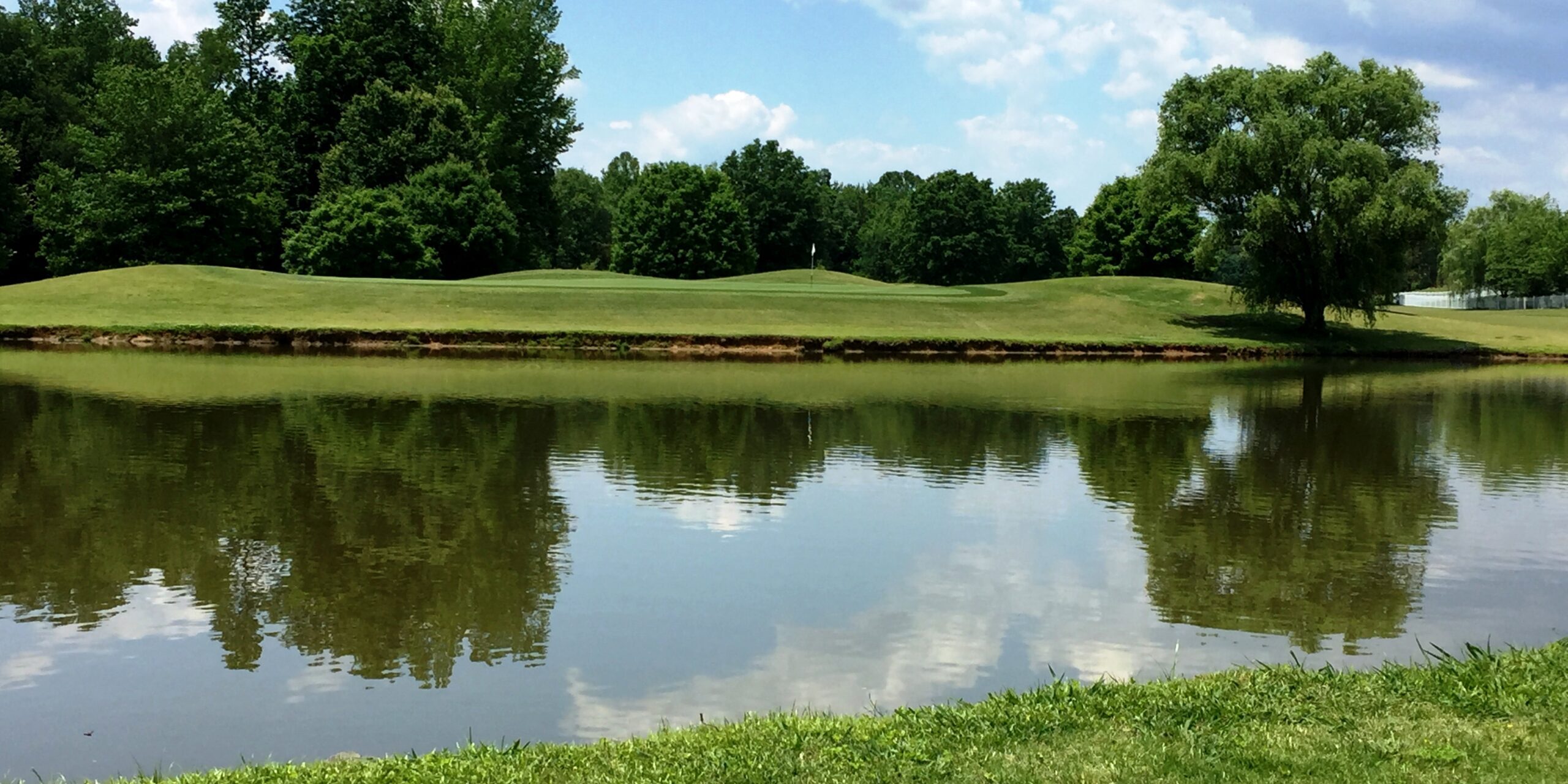 Some of us dream of a day when we can retire and live on a golf course. One man is doing just that; except he’s not retired and his definition of living on the course might seem a bit different from most.

Only 10 minutes off Interstate 40 sits Pudding Ridge Golf Course. Golfers have been playing this Davie County layout since 1994, and now there is new life at the course.

Liked the bentgrass greens? How about the fairways? Nice sand in the bunkers? What about that wicked pin placement on 12? George Waranowitz is happy to hear all about it. In fact, you probably will see him on the course, no matter when or what day you play.

He is the superintendent, mower, sprayer, hole cutter, turf grass expert, mechanic, weather forecaster, customer service representative — and by the way — new owner of Pudding Ridge. “I’m the jack of all trades and master of none,” he joked.

Waranowitz (pronounced War-an-o-witz) simply goes by George around the clubhouse. “I don’t expect anyone to correctly pronounce my name; I feel a bit like Coach K sometimes,” he laughed. Waranowitz and his business partner bought the course in April 2017 and he has made his home two miles away. “This is a great area out here,” he said. “I love the open spaces and fields that surround the property.”

He has since jumped into his work, arriving at sunrise often to twilight. Ten-to-12 hour days Monday through Friday are the norm; Saturday and Sunday he’ll knock off around lunchtime depending on what is going on.

Sure, the hours are long, but the tradeoff is good for Waranowitz. He can do something he loves and make a living doing it. “We didn’t buy this course because we’re millionaire investors looking to make a big profit. We bought it because we want to run a golf course and love the work involved with it. I can sum it up with the motto — I love to work but I hate having a job. So, I don’t consider this my job but my lifestyle,” he said.

George comes to Pudding Ridge by way of Southern Maryland, where as a student at the University of Maryland’s turf grass school, he first worked on a sod farm that was turned into a driving range and par-3 course. He pretty much single-handedly oversaw the construction of the course, and grew to love caring for and managing the grounds. From there, he moved to Hilton Head in South Carolina to work for a golf course construction company. The position included extended travel, and it was here he got a taste of the Triad area, when he was involved in the restoration of Lexington Golf Club in 2002. From there he moved to Savannah, Ga., for a non-golf related engineering job and finally back to Southern Maryland.

His goal was to work for himself in the golf business and, after a deal fell through in Maryland, he scouted out potential sites in 2016. He focused on Pudding Ridge because he enjoyed the simplicity of it.

“The course is simple in a good way. It’s pretty open and not overly challenging. It has good bones.” Tie that in with an already good flow of clientele and it was too good to pass on. “We felt we could attract Winston-Salem golfers who were moving out towards the Clemmons area, and even some northern Charlotte demographics, and that puts us in a good location with potential.”

Pudding Ridge plays to a maximum yardage of 6,813 with a slope of 133. The par-71 layout features a large pond in the middle of the course that comes into play on numerous holes, both on tee shots and approaches.

Waranowitz is pleased with the current conditions, and plans to improve them over time. However, two weeks after he signed the ownership papers, the area experienced an extended period of rain. The creeks and ponds became flooded and many of the holes were saturated. “I was a little freaked out,” he said. “I thought we were going to lose some wood bridges and sustain damage to the course. It’s nice to have things back to the condition where we can perform daily maintenance.”

Waranowitz was pleased with the current staff and kept them all on when he purchased the property, so the faces will be familiar to longtime guests. He is around all the time, but doesn’t see himself as a micro-manager. “I’m not a control freak, but as an owner-operator I like staying on top of things. There is always something I can be doing out here,” he said.

The decision to uproot and move to Mocksville wasn’t taken lightly, but George admits it wouldn’t have been possible without the support of his family. His wife, Rebecca, a California native whom he met while working in Savannah, has been behind him the whole way. “She’s my rock, no doubt about it. Without her, this wouldn’t have happened,” he said.

One of the fringe benefits of living so close to work, and being the boss, is every day his wife and two children come to the clubhouse for lunch with dad. “That really means a lot to me. It brings it all together.”

So, what does he do when he’s not at work on the golf course? Does he actually play any golf? George laughs and says no he doesn’t play that much. “But, when I do play, I always like to play with a group. I enjoy the social aspect of the game. I am pretty much an average bogey golfer.”