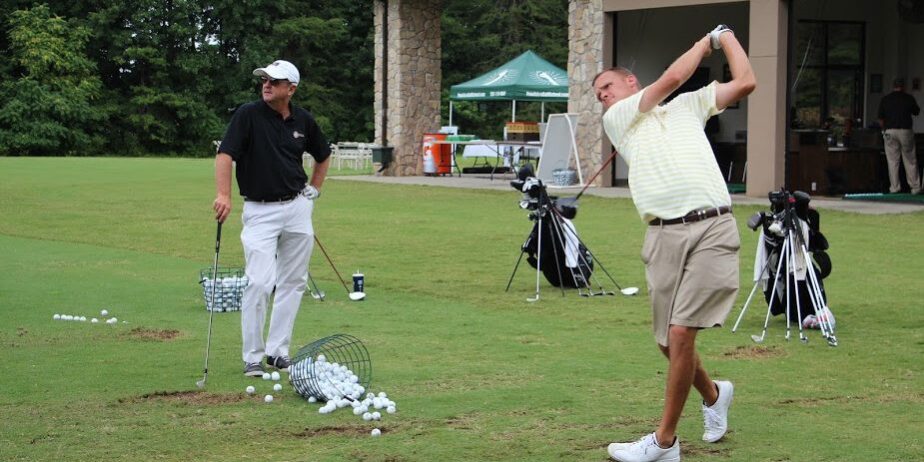 Robert Linville has had a student qualify for the finals of the prestigious U.S. Mid-Amateur Championship three of the past four years.

The tournament, commonly referred to as “the Mid-Am,” is the leading annual golf tournament in the United States for post-college amateur golfers. It’s organized by the USGA.

High Point’s Scott Harvey, who won the Mid-Am in 2014 at Saucon Valley in Bethlehem, Pa., and finished second in 2016, has worked with Linville, the owner of Greensboro’s Precision Golf School & Tennis Academy, for about seven years.

Kernersville’s Josh Nichols, who was runner-up in the 2017 Mid-Am played in October at the Capital City Club’s Crabapple Course in Milton, Ga., has been under Linville’s tutelage a little more than a year.

But ask Linville about the role he’s played in the accomplishments of Harvey and Nichols and the best he’ll deliver is an unassuming shrug.

“I take pride when the hard work they’ve put into the game is rewarded, but they deserve the credit, not me,” Linville said.

“They’re both great players. I’ve just helped them as much as I can.”

Harvey, 39, a veteran golfer who, in addition to his accomplishments in the Mid-Am, qualified for and participated in this year’s U.S. Open and played on the 2015 U.S. Walker Cup team, said it’s typical of Linville to downplay his role in the successes of his students.

“Robert’s a very humble guy,” Harvey said. “He’s not one to boast about his accomplishments.”

But Harvey, who makes his living as a property manager, said Linville has played a great role in helping him improve his game. He admitted that when he started working with Linville, he was already a pretty good golfer, vying for championships in many of the tournaments in which he competed.

But for reasons Harvey couldn’t begin to comprehend — in the middle of a number of those events — he’d be playing well when he’d unexpectedly hit a bad drive. It wasn’t unusual for another to follow.

“There were times when those two bad shots would really hold me back,” Harvey said.

Upon the recommendation of several of his golfing friends, Harvey sought the advice of Linville. He said Linville began working with him and studying his swing, determining what he was doing right and, more importantly, wrong.

“He explained why I had misses and why it happened,” Harvey said. “I never knew before. He explained so much to me.”

Harvey said one of Linville’s strong suits is his determination to change with the times, to keep up with the latest in golfing technology. He said it’s not unusual for Linville to come to him and say, “I just learned about this. Let’s give it a try.”

“He’s not a teacher who thinks you’ve got to keep doing things a certain way because that’s how they’ve always been done,” Harvey said.

Despite the number of years that have passed since Harvey began seeking instruction from Linville, the two still work together on a regular basis.

Meanwhile, Nichols, 26, has been playing tournament golf for the better part of 15 years and was at one time the No. 1 player on the golf team at Appalachian State. But, he said that by the time he sought instruction from Linville in August 2016, “My game was a mess.”

“I can’t begin to tell you everything I was doing wrong,” Nichols said. “I’d sort of try to self-diagnose. I’d set up a camera and study my swing and try to correct my problems myself, but it wasn’t working.”

He said selecting Linville to try to help him correct his golfing woes was an obvious choice.

“I told him, ‘I want to work with you,’” Nichols said. “I’ve seen the players he teaches. No one says anything bad about Robert.”

Nichols said Linville spent a fair amount of time working with him on the physical side of his game, telling him inconsistencies he saw in his swing that were contributing to his breakdowns. But he also worked with Nichols on the mental portion of the sport.

“He helped me accept bad results, to not let it get the best of me when I made a bad shot,” Nichols said. “From where I started with Robert to making it to the finals of a national tournament like the Mid-Am, that’s unbelievable.”

Nichols lost to Matt Parziale, a firefighter from Brockton, Mass., in the finals of this year’s Mid-Am. Nichols shot a very respectable 69 in the first round of the two-round match play final, but couldn’t keep pace with Parziale who fired a blistering 63. He went on to close out Nichols 8 and 6.

Linville said he’s proud of the improvements Nichols has made to his game over the past 15 months.

“It was incredible to see his transformation,” Linville said. “We set some goals for him and decided what he has to do to accomplish those goals.”

Of his work with Harvey, Linville said the two have been associated with one another so long they’ve become good friends in addition to being instructor and student.

“Some years we work together more than others,” Linville said. “When we started together and were making a lot of changes to Scott’s game, we worked a lot.”

Linville said he founded Precision Golf 28 years ago and has long since lost track of the number of students he’s had.

“Some got better,” he said, chuckling at the memories. “Some didn’t.”