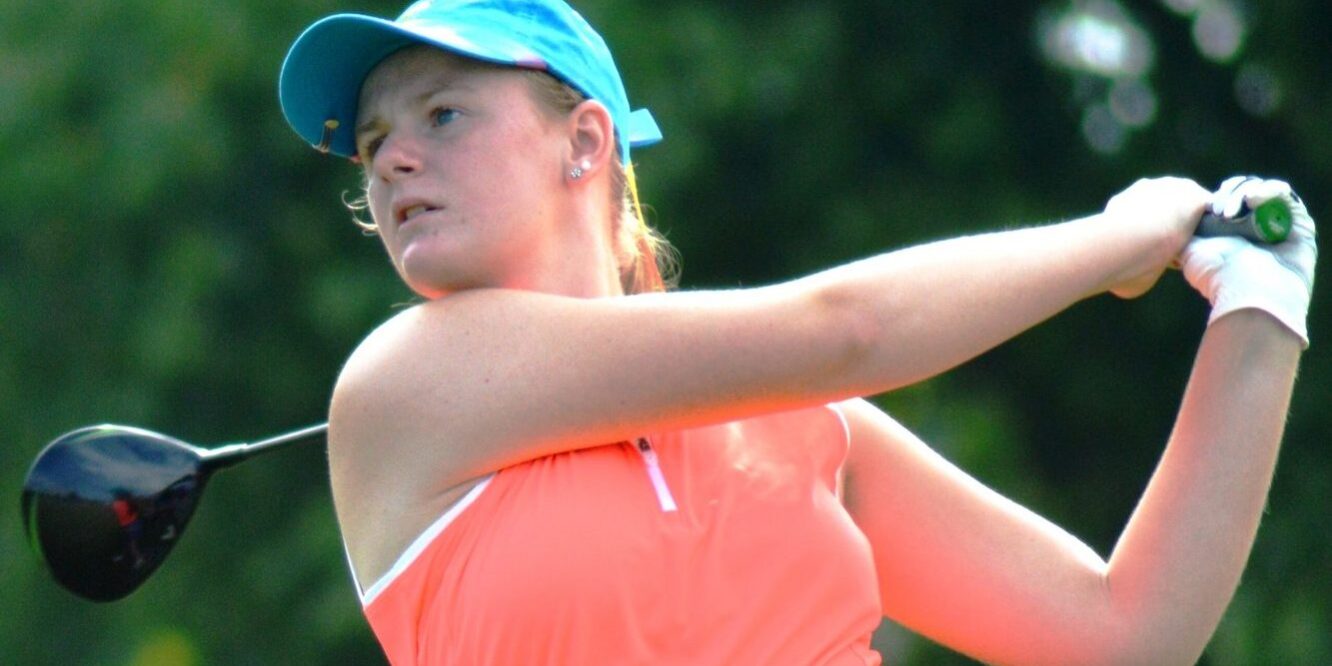 In 1999, Mount Airy High School approached cafeteria manager Tommye Phillips with the idea of taking over the women’s golf program.

“They knew I was a golfer and they needed someone to go with the girls and play, and 20 years ago I was enthusiastic,” chuckles the 58-year-old coach, who in late October lead the Granite Bears to a second-place team finish in the 1A-2A state championships – the school’s best ever.

Phillips has guided Mount Airy to three straight conference titles, and hopes she can wind down her two-decade coaching career in style over the next few seasons.

“I talk about retiring every year. It has gotten way above me, there is so much to learn now,” Phillips says. “The game has changed so much. I’m just a country golfer and the girls are high tech. I’m about to age out I think; I’m a dinosaur.”

Mount Airy used a third-place finish in the 1A/2A Central Regional as motivation once getting to Longleaf in Southern Pines, Phillips said.

Once again, it was junior Alyssa Cox leading the way with her third straight top 10 finish at states. Cox tied for seventh place after finishing fifth in 2016 and tied for ninth in 2015.

Fielding a women’s golf team at the 1A-2A level can often be a challenge, with few players to pick from. Phillips faces the same road blocks at Mount Airy.

“Our membership at high school is 527 and we play the same time volleyball and tennis plays and that really hurts us. We’ve had girls who wanted to play golf that play those other sports, so we have a small pool to draw from,” she said. “But the atmosphere of golf around Mount Airy is good, and the caliber of girls we have now is so much better.  And they want to win: they are very competitive girls now, very competitive.”

Much like Cox, Forbush junior Mallory Fobes has made her mark over the last three years during the state championships. Fobes, headed to UNC-Wilmington after next season, finished second this time around after shooting rounds of 78 and 76. Fobes tied for 16th in 2015 and fourth in 2016.

“The first nine I hung with her, but then she just starting getting more and more birdies,” Fobes said of Schuster.

“I didn’t know much about (Schuster) going in and we felt it would be a bit of an advantage playing with her because Mallory is usually so much longer than all the other girls she plays against, but that wasn’t the case,” said Forbush coach Matt Pruitt. “She outdrove us about half the time, so it was a little different for Mallory.”

Pruitt, who also coaches the men’s golf team at Forbush, says Fobes is still deciding whether to tee it up with the males for her senior season in 2018.

“She has always been long and really good off the tee, but I think Mallory’s short game has really improved,” Pruitt said. “She is just maturing as a golfer and I don’t really have to say much to her any more on the golf course. She understands what to do and where to be on certain holes.”