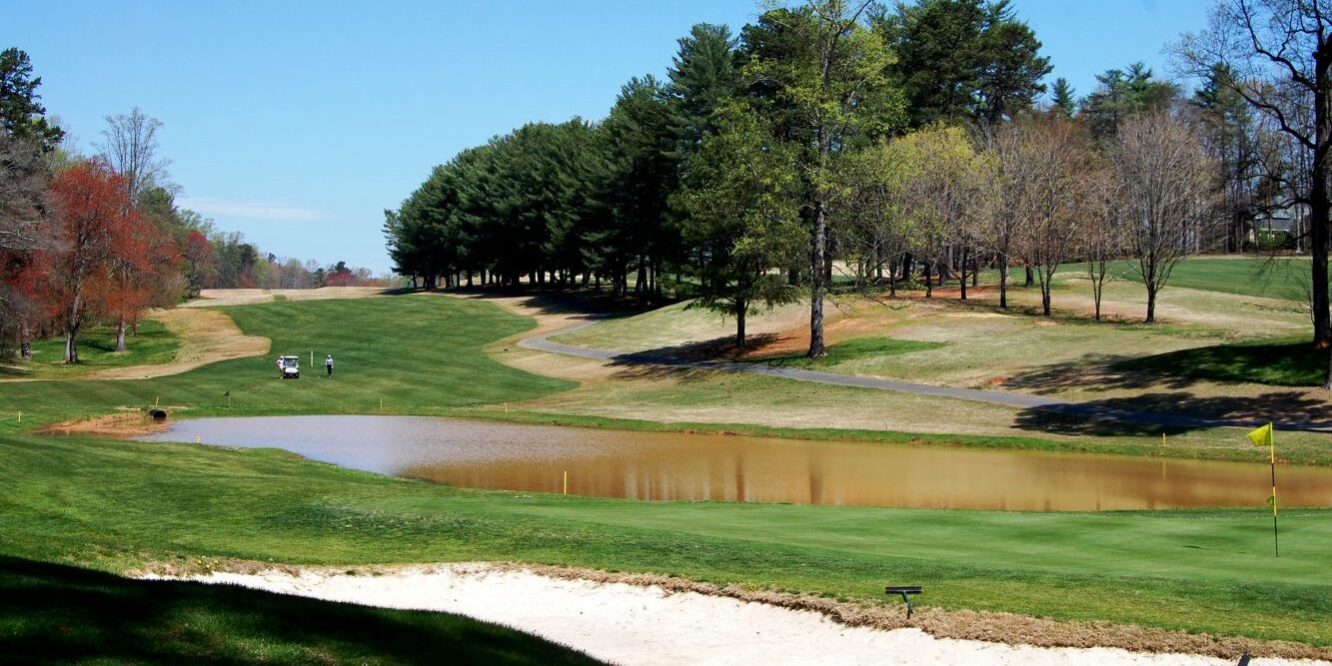 “Being here for more than three decades I’ve pretty much seen the membership turn over,” says the 62-year-old Zimmerman, who also stays young by coaching the Elkin High School golf team. “And I have seen a lot of things change, like the habits of golfers.”

Zimmerman isn’t one to stand up and take a bow, but in one of North Carolina’s more distressed counties over the last decade, the general manager of the semi-private club has been able to keep a membership roll around 350. That’s pretty impressive.

There are a few main, yet simple, ingredients to the club’s success.

“I’m 46 now and I joined shortly after high school,” said Barry Byrd, who owns Tee Time Golf Shop a few miles away in Jonesville. “I like the down home feeling – that laid back feeling. They keep the golf course very well maintained and it’s a very neat layout. Everybody who plays there says the same thing – they make you feel at home.”

“Since 2008-09 when the golf economy went down we feel very fortunate to have maintained the course to the condition it was or better,” added Zimmerman. “We’ve had a lot of support from folks within a 60-mile area and we really appreciate it. We draw play from the Lake Norman, Statesville, Mooresville area, and the Greensboro and Winston-Salem areas and over into Hickory.”

The club was located for many years in adjoining Yadkin County. In 1962 Chatham Manufacturing Company hired one of golf’s legendary architects, Ellis Maples, to build a new course among the rolling foothills of the Blue Ridge Mountains. The Ellis Maples design is shaped out of land once reserved as a private hunting retreat for the founders of Hanes Hosiery and their invited guests. Chatham Manufacturing provided the land and oversaw the construction of the new course located near their plant in Elkin.

At just 6,873 yards from the back tees, Maples uses the rolling lay of the land, along with strategically placed bunkers, a variety of lakes and his trademark undulating greens to keep golfers of all skill levels on their toes.

“One thing golfers like about our course is there are no two holes alike,” Zimmerman said. “And Ellis liked to give you a chance in the front of the greens. He came back by here in the 1980s before he passed away with his son Dan when Dan was riding his father back around to some of the facilities in North Carolina that he had designed. That was quite a treat.”

In a relatively rural area, Zimmerman is quick to point out the importance of the club.

“People who don’t play golf don’t realize how important a golf club is to a community like ours,” he said. “When somebody is new coming into town and somebody is showing them around the area one of the first places they take them is the Hugh Chatham Memorial Hospital, which is just an unbelievable medical care facility, then they go to our school system, which is second to none. And as they are leaving there they go to Elkin’s great parks and recreation department. Once they leave that area they come straight out here and show them this golf facility. If it wasn’t important to our community they sure wouldn’t come straight to us, which is 15 minutes away from the parks and recreation department.”

Cedarbrook hosts many of the area’s class reunions and wedding receptions in a nice clubhouse that was built 12 years ago and can seat around 120.

“We’ve been fortunate with our food and beverage operation — it has been a positive for us,” Zimmerman said. “You don’t find that at a lot of clubs.”

The grill is hot from 11 a.m.-3 p.m. and the club serves dinner on Friday night and a Sunday lunch buffet in an attempt to keep costs in line.

“We’ve tried to be smart about our hours and we welcome anybody to come and eat and use the facility,” he said.

Cedarbrook logs around 22,000 rounds per year, which doesn’t include those members who are permitted to walk.

“We’ve also adjusted our membership classifications in order to attract some of the younger people. We have a student membership from ages 13-21.”

This area is certainly proud of its recent inroads in the wine industry, but Zimmerman also glows when he talks about coming to work every day at a course designed by the legendary Maples.

“Our community is very fortunate to have a golf facility of this caliber and of this design. State Road is lucky to have an Ellis Maples design,” Zimmerman said.