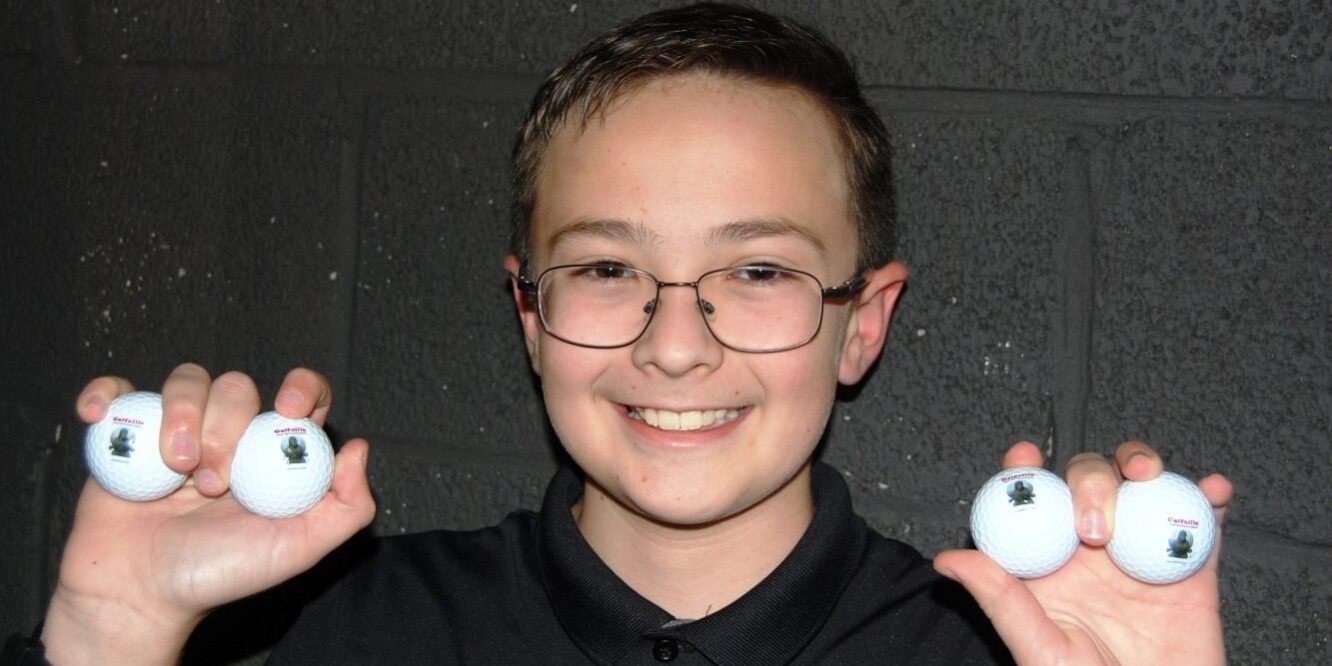 James Walsh isn’t ready for the entrepreneurial realty TV show Shark Tank just yet, but the 12-year-old is gaining on it with a monster of an idea.

After making the golf team at Calvary Baptist in Winston-Salem, the middle school student fell in love with the game with father Patrick, who had never played before his son encouraged him to pick up a club.

“I was proud of him so I started practicing with him,” the elder Walsh said. “My former business partner in Florida played the pro circuit and she always wanted me to play but I had no interest in golf. I fished rather than golfed, but when James took it up I took it up with him.”

How bad did they catch the golf bug? Well, the two purchased a hitting bay and took over mom’s parking spot in the garage.

“She came home one day and said, ‘What is that? Where am I going to put my car?’” Patrick Walsh said. “I told her to park in the hitting cage. Needless to say that didn’t go over so well. Mom was not very happy.”

Around the same time the basement of a building Patrick Walsh owns on Main Street in Mocksville became vacant and his son floated the idea of starting an indoor driving range in that space.

One thing lead to another and this February the 12-year-old went into the golf business for himself with Golfzilla Indoor Golf Practice Center.

“I did all of the construction and we funded his business to start, but it’s all his, he’s learning about profit and loss, he has the snack bar so he’s learning about inventory control, and insurance and we set up the corporation name,” Patrick Walsh said.

The start-up “business loan” from dad of around $7,000 helped get the business off the ground with a 10-foot simulator screen with 14 courses to play and a driving range, another driving and chipping bay, a putting green area, and of course, JW’s Snack Shop.

“I’ve always wanted to have a snack bar,” said James, who sells sodas, snacks and other golf items such as tees, gloves and Golfzilla logo balls out of the area in the back of the practice center. “A few years ago I worked an auction and I always went behind the counter to help them out. I loved it.”

The two kicked around about a dozen names for the practice center before settling on Golfzilla, a logo which features an “old-school” Godzilla holding a golf club with a large golf ball in the background.

The elder Walsh is giving his son one-year rent free to build up the business.

“He wanted to take his own money because he invests in the stock market, too. I said ‘no, leave your money in there, I’ll front you the money,”’ Patrick Walsh. “And he’s tough. The other day his mother and I each took a Kit-Kat because we were in here painting and he said, ‘You know, mom, dad, you guys are eating into my profits, split one.’ We had to split the Kit-Kat and I gave him a dollar. He doesn’t give me a break. He came up with his own pricing and own programs and what he wants to do. He makes the call on how he wants things.”

An hour in the simulator bay costs a reasonable $25, while a 30-minute session in the hitting bay $10, which includes use of the putting area. Logo golf balls cost a buck each.

Patrick Walsh owns a commercial disinfecting firm in the same building, so his son has grown up witnessing the pros and cons of owning your own business.

For now, the two have started some grass roots marketing to get the word out, passing out business cards recently at their home course, Pudding Ridge.

The practice center is open all day Wednesday and by appointment. The space can also be rented out for private functions.

“We picked Wednesday for now because that is my office day and I use this as my office,” Patrick Walsh said. “But I don’t get any work done because I sit here and play on the simulator. My arms are killing me by the end of the day. I played for about 9 hours the other day.

“James really started this practice range for him and his teammates to practice this past winter. He’s getting better and better and done really well with it and is really hooked on golf. He’s got a sweet little swing.”

And some big business dreams.

“Getting the ball into the hole is the hardest part of golf,” James Walsh said, laughing. “And the hardest thing about business is getting a lot of customers.”