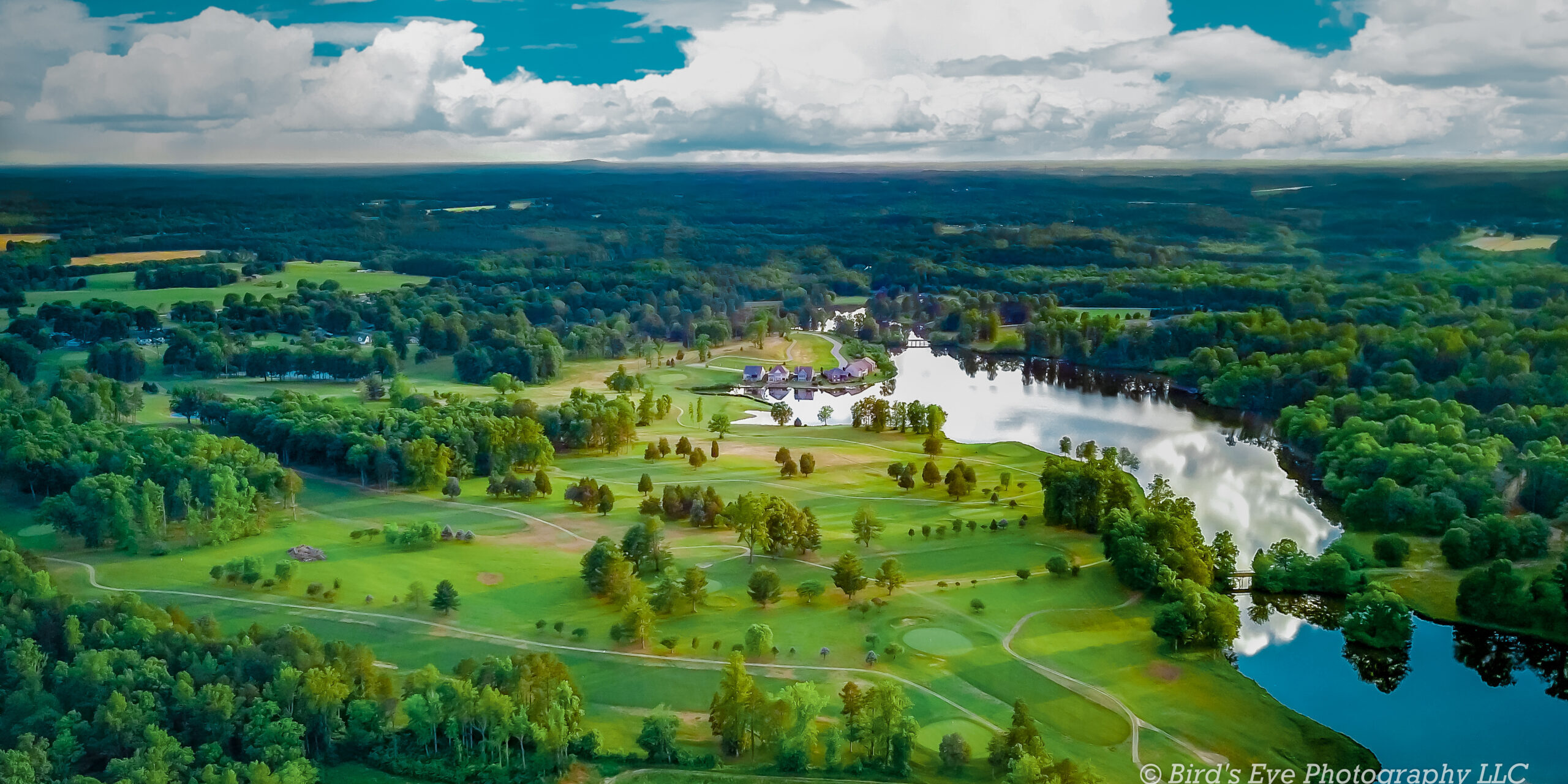 A half century ago, Hickory Hill Golf Club debuted in Mocksville along Highway 64 and quickly became a popular local layout. Then, about 15 years ago, a new owner took over and renamed the golf course Lake Louise.

After that owner passed away, the golf course began to lose its luster and eventually closed.

Last year, half of the piece of property on one side of the 90-acre Lake Louise was sold to a pair of doctors, who have renovated the remaining 12 holes into a unique new layout that they recently reopened with the name Colin Creek Golf & Country Club.

Dr. David Duncan, a Winston-Salem thoracic surgeon, who has lived in the area for 20 years, and Dr. Joel Edwards, a family practitioner in Davie County, purchased the club and made numerous renovations, with many more on the drawing board.

Duncan said he had played the golf course through the years and had watched it deteriorate. When it closed, he began talking with several consultants about different options

The new Colin Creek Golf & Country Club is a 12-hole layout, but the first six holes have multiple sets of tee boxes that allow the course to be played as 18 holes. So, golfers have the option of playing six, 12 or 18 holes.

Among the best components of the new deal is the reasonable cost of the green fees. Golfers can walk 12 or 18 holes for $12, or they can take a golf cart for $3 every six holes. These prices are good every day of the week and for all ages of player — juniors to seniors.

A grand reopening cookout at Colin Creek Golf & Country Club took place in early May. Duncan took the opportunity to address a crowd of interested regulars and prospective members.

Duncan said the golf course superintendent David Shelton had spent a lot of time educating him on what needed to be done during the transition. One item was transforming sand traps into grass bunkers. Now, the golf course offers beautiful views of rolling fairways and immaculately prepped greens, along with a relaxing atmosphere.

“Dave and I had a vision that we wanted to reopen this golf course and make it better if we could — improve the greens and fairways — and I think we’ve gone a long way towards that,” Duncan said. “We’re really focused on aesthetics. We still have a long way to go with the rough.

“It’s a process. It’s going to take us a few years with a good fertilization plan and David’s leadership to get back to where we really want it to be. He’s been very encouraging.”

In addition, Justin Draughn Construction added a beautiful Pavilion at Colin Creek. A new restaurant at Colin Creek G&CC called 64 Bistro, which is owned and operated by Michael Burton and run by chef Ryan Krige, now offers casual and fine dining, with optional seating in the renovated clubhouse’s spacious dining room or the outside pavilion, which is also available for event rentals to host weddings, birthday parties or other large gatherings.

I’ve known Michael (Burton) for 10 years, since I did surgery on his dad,” Duncan said. “We had talked about trying to open up a restaurant here. He has a great vision on that and he’s an excellent cook.”

The restaurant will be open for lunch and dinner featuring a full menu that includes barbeque, brisket, ribs, chicken, smoked wings, fish, tacos, salads and wraps. There will also be live music played at night during the weekends. “We’re going to serve good, quality food cooked with a lot of passion and a lot of love,” Burton said.

The new Colin Creek G&CC ownership group is offering a membership deal: $600 for a family and $500 for an individual, where the initial membership has to be a two-year commitment. This fee includes unlimited golf — paying for a golf cart — along with unlimited use of the driving range and a 10 percent discount on food and beverage at 64 Bistro.

On the drawing board at Colin Creek is a health park that is open to the public, with walking and biking trails that interconnect with the golf course, a children’s park and exercise area, as well as an adult physical fitness area and a dog park. There are also plans to construct a dock for boating, canoes and kayaks, as well as fishing from the embankments.

The club has a new name, a new look and new owners who have a renewed commitment to providing the value of a great product to the community. “My vision is to make this a true community facility — full families, churches, youth groups,” Duncan said.

Julius Suiter — a popular, retired Davie High School principal and coach with many years of mentoring and supporting youth in Davie — runs the club as the general manager. “I can guarantee you this golf course would have never re-opened without Julius and his persistence and staying on top of things,” Duncan said. “He’s been a great asset to the community. We absolutely love him for what he did getting all this set up.”

Suiter was an original member of Hickory Hill in 1968. He said he is especially proud of the new Colin Creek G&CC.

“It’s very exciting what we’ve got going on here,” Suiter said. “We need to spread the word that we are open and that there’s a new golf course in town.”