Players must go low to contend at Wyndham Championship 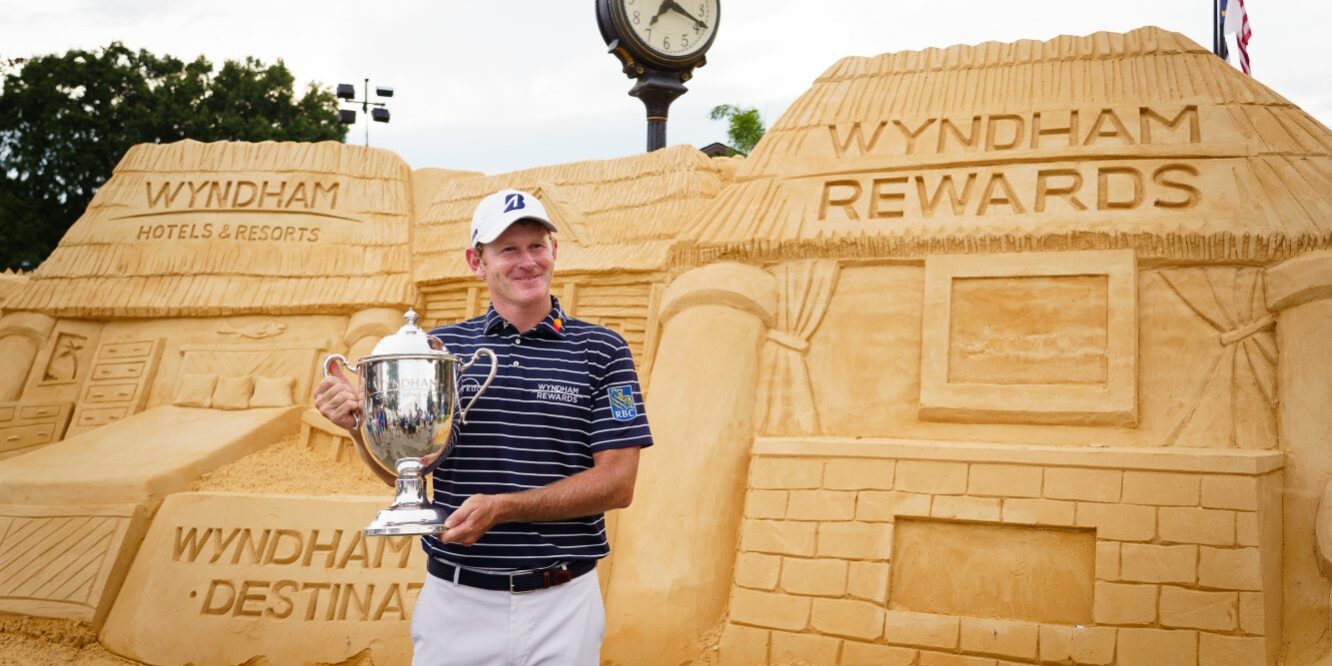 What will it take to win this year’s Wyndham Championship?

You’ve got to go low.

Four rounds in the 60s are practically a must at Greensboro’s Sedgefield Country Club, which — playing as a par 70 measuring slightly more than 7,100 yards during the Wyndham Championship — is considered a short layout by today’s PGA TOUR standards.

Firing … or at least scaring … a course record won’t hurt your cause, either.

Last year, Brandt Snedeker bogeyed his first hole of the week, the par-4 10th, before making four birdies and turning at 3-under par. Snedeker then blistered Sedgefield’s front side, navigating nine holes in 27 strokes – 8-under par — to open the Wyndham with a course-record 59 and become just the 10th golfer in PGA TOUR history to post a sub-60 score.

Snedeker tied a bow on his 72nd hole on Sunday by rolling in a 20-footer for another birdie to get to 21 under for the week. With his three-stroke victory, the 2007 champion became the 10th multiple winner and the ninth wire-to-wire winner in Wyndham Championship history.

“I found something there for a few days and was able to put the ball where I wanted to and make some putts,” Snedeker said. “I was so excited about that, because the (Sedgefield) greens are so good. Luckily, it kind of clicked. All of a sudden, everything starts feeling better.”

Snedeker was able to fend off 2011 Wyndham champion Webb Simpson, who shot an eight-under 62 at Sedgefield in last year’s final round and finished tied for second.

Two years ago, Henrik Stenson fired 62 in the first round, only to find himself trailing Matt Every by a stroke. The second round featured another 61, this one by Ryan Armour.

Stenson, the No. 3-ranked golfer in the world at the time, went on to set the Wyndham Championship scoring mark at 22 under.

“This golf course gives you a lot of 8, 9 irons, wedges into these greens and they’re pretty receptive,” Stenson said. “It’s a nice golf course — a low-scoring golf course. Not the longest, but you still have to keep it in play and be accurate with second shots. I try to put myself in position and try to stay out of that Bermuda rough. If you do that, you’ve got pretty short clubs and you can be accurate with your second shots.”

Si Woo Kim won in 2016 by matching the former tournament record mark of 21 under. Following a ho-hum 68 in the first round, Kim catapulted up the leaderboard with a then-course-record 60 to lead by two headed into the weekend, before cruising to a five-stroke cakewalk.

In 2014, Camilo Villegas bookended 63s in the opening and final rounds at Sedgefield to eke out a one-stroke victory over Bill Haas and Freddie Jacobson.

Contestants across the board praise Sedgefield’s classic, Donald Ross layout — which was restored to its original design in 2007, while also being modernized for today’s PGA Tour players. Following the $3-million restoration process, led by Ross course expert and Greensboro resident Kris Spence, tournament officials elected to move the tournament from Forest Oaks Country Club back to Sedgefield.

North Carolina State alumnus Carl Pettersson dominated that 2008 return by posting four rounds in the 60s — including a then-Sedgefield course record 61 in Friday’s second round — while also setting the 72-hole tournament-record score of 259, 21-under-par.

“This course, you can make a lot of birdies, but it’s quite easy to have a few bogeys in there, too,” said Pettersson, who also fired a third-round 60 en route to winning the 2010 RBC Canadian Open. “The courses (on the PGA TOUR) are set up hard, so it’s a nice change to be really aggressive. (Sedgefield) suits my style. I try to play really aggressive all the time.”

In the 11 events contested since the Wyndham Championship returned to Sedgefield, the winning score has averaged 18.5 under par.

“I’d like to say players go low at Sedgefield because the conditions are so good, but they see conditions similar to ours about every week,” said Michael Shoun, director of agronomy for Raleigh-based McConnell Golf, which owns Sedgefield Country Club. “I will say, the players always tell us we have some of the best greens of any of the events they play all season.”

Shoun pointed to Sedgefield’s two par-5s, holes No. 5 and 15, which, with a good drive, most players are able to play as long par-4s. “Most years, the winner of the tournament is 8 to 10 under for just those two holes,” Shoun said.

The low scoring at Sedgefield is not atypical on the PGA TOUR, where fans have grown accustomed to 20-under totals. The average winning score in 46 individual stroke-play TOUR events last season was 16.56 under par. Twelve of those events were captured with at least 20 under par and 41 were won with a double-digit total.

There’s a reason the PGA TOUR tag line reads: “These guys are good.”

To go deep in the red digits, golfers must strike the ball and putt significantly better than they typically do. In other words, to go uber-low both ball striking and putting must be clicking all week.

And, of course, there’s that all-important distance between a golfer’s ears.

“To really go low, to shatter that scoring barrier you thought you never would, you’ve got to think less about the club and more about your mental approach,” said Rickie Fowler. “I play my best when I focus on staying in a good place mentally and keep the technique simple.”

Other factors exist, as well. Technology has helped create the type of equipment that past generations could only imagine. And it’s not just the clubs and balls that perform so consistently. Building the perfect swing has never been easier, thanks to the plethora of data available through devices such as the TrackMan launch monitor, along with access to coaches, trainers and sports psychologists.

Of course, the ability of today’s breed of athletes to push each other has contributed greatly to the scoring assault.

“When I first came out in 2006, I remember some of the cut lines were plus 1, and plus 2,” said former World No. 1 Jason Day. “Now, most of the cut lines are under par. It just goes to show how stiff the competition has gotten over the years that I’ve been out here. On top of that, the guys are just younger and stronger and fitter and faster, and they are just long out there. The competition is really, really tough right now. If you don’t stay one step ahead of the young guys, it’s easy to get left behind.”

All of which adds up to a realistic likelihood that the world’s best golfers will continue dismantling scoring marks. While 22 under for four rounds of golf at Sedgefield is impressive, its shelf life may be short-lived.