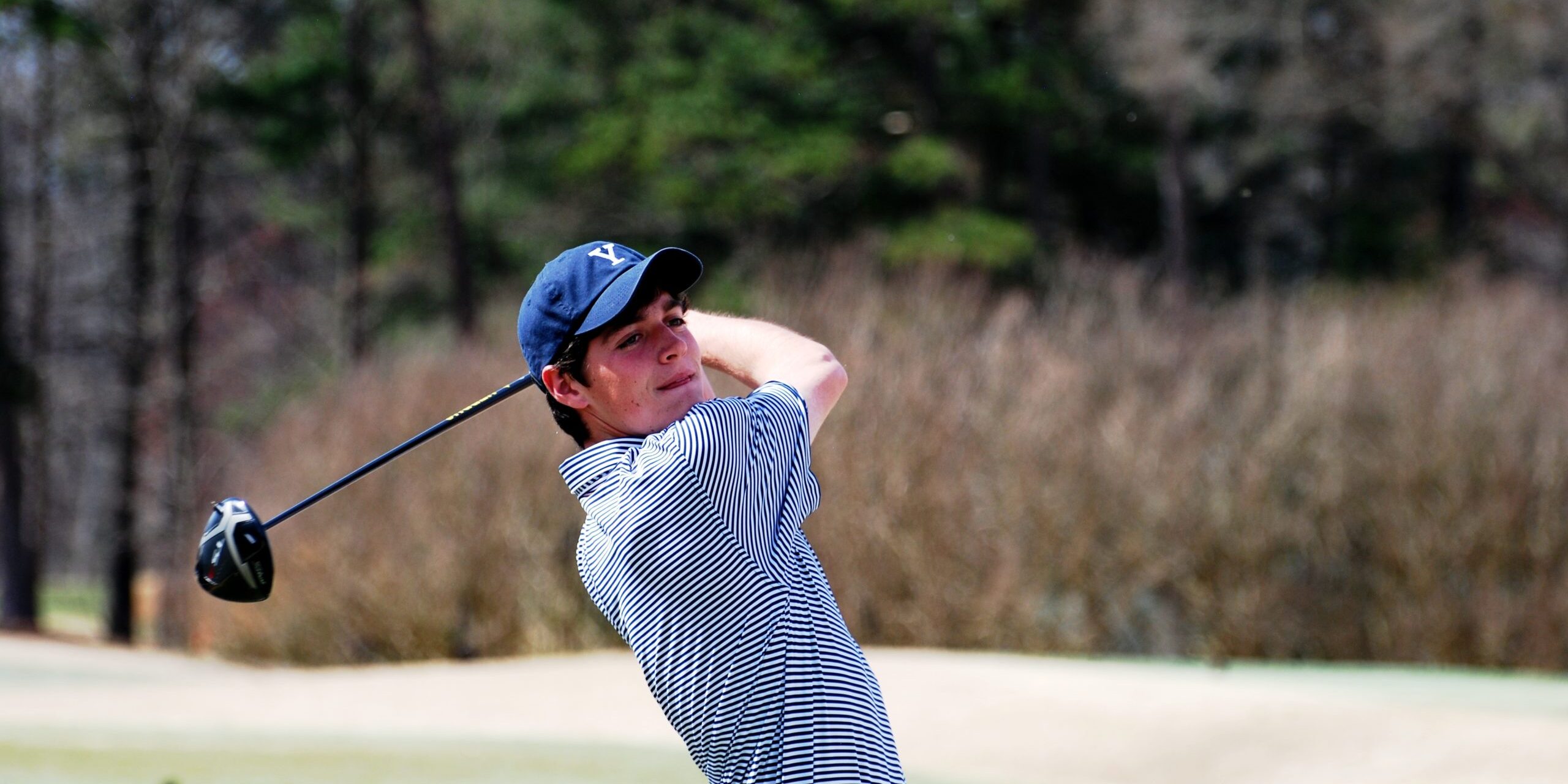 At first glance, Blake Brantley’s game may not wow you. Over time though, as you dig deeper and examine the finer points of golf, his consistency is undeniable, his work ethic extraordinary.

The Winston-Salem Reynolds senior did shoot a 64 last July at the CGA Carolinas Junior qualifier — so he can go low — but his high school career has been a model of consistent, dependable scoring that is usually around par.

Brantley, an honor student with a 1550 SAT score, tied for third at last year’s 4-A state high school championship and had a short list of well-respected colleges he was looking at.

Then an elite opportunity came along last summer that was hard to pass up. After the Brantley family took a spring trip on their own to visit Yale, coach Colin Sheehan  traveled to Pinehurst for the U.S. Amateur and made a side stop up to the Triad area to see Brantley play in the Carolinas Open at Greensboro Country Club.

“Blake came up to me and said, ‘This is my last chance, the Yale coach is coming to watch me,”’ Adams said. “I said, ‘you can’t think about it that way … this is just icing on the cake. Play as free as you can.”’

“I was coming in from my tee time and I got to meet the Yale coach and he said what he had seen from Blake,” Adams said. “I told him, if you get this kid he is as good of a person as he is a player. He is everything you would want out of a son, a player, a student. That’s what you’re getting out of him, not just a great golf swing.”

Along with Adams, new Howard University director of golf and former Stanford assistant coach Sam Puryear got an up-close look at Brantley’s development as the head coach at Reynolds during Brantley’s sophomore season.

“Blake was a player who had a quiet, burning determination to be great,” Puryear said. “And that same quiet determination and relentless effort to be great is there now. He was and is an incredibly hard worker.

Brantley is an only child and his father Chris and mother Tabatha have been heavily involved in his development on and off the golf course.

On most weekends, you can find Blake playing golf with his father Chris at Forsyth Country Club, while Tabatha has tracked all of Blake’s tournament results, dating back to his first victory at the age of 8 in July 2010.

“I guess playing golf with my dad gives me a chance to be with him alone because there are very few opportunities in this world now to spend quality time with someone you really care about and love,” Brantley said. “So, for four hours I get to be with him and play the game we both love, so that’s how we’ve bonded throughout the years.”

“He does hit is very far and creates a lot of club head speed,” Adams said. “He is probably swinging at 120 mph when he wants to. But we have also worked a lot on him not using his brute force, some off-speed stuff, taking some off some shots and controlling his flight a little more.”

Adams left Forsyth Country Club for a few years to work at Bulls Bay in South Carolina and then Charlotte Country Club, but has returned to the Winston-Salem club and is a major force behind Brantley’s multi-faceted game.

“I’ve worked with Chase for about 8 years now and I trust that guy with my swing and anything golf related more than anyone else,” Brantley said. “I have literally grown up around Chase and he knows my swing as close as I do. Anything I ever need with golf Chase is always my first call. He gets me the information quickly and the info I need. I can remember having terrible swing thoughts at certain tournaments and sitting and watching video, and within 15 minutes I would get some sort of instructional text or video back and he would fix it. I can’t understate how much he has helped me.”

And Adams can’t say enough good things about his star pupil and their relationship.

“Blake’s work ethic is as much a factor in his success as anything,” Adams said. “If we work on something we’ll take some notes and I may see him four days that week and I never have to wonder what he is working on, it’s always exactly what we talked about working on, in the exact same manner, the exact same set-up or exact drill. Sometimes when I close up the golf shop he’s out here putting in the dark. Even if it’s a little 30-minute practice session he’ll find a way to sneak that in.”

The outbreak of the COVID-19 virus has put a damper on Brantley’s senior season at Reynolds for now.

“It’s a big bummer for me,” he said. “I have definitely been looking forward to this golf season all year and I kind of feel this is a year we have a really special team at Reynolds and we could do some really big things. I am keeping my fingers crossed that we get to play at the state championships and have a conference tournament, especially with states being at Pinehurst No. 2 one of the days, that’s kind of a dream scenario for me, to end my high school career at a course as great and as storied as that.”

Even if the prep season is over, Brantley remains focused on his upcoming Yale experience.

“I am very close to my parents and we do a lot of things together so when we all got up there and had that group sense of loving New Haven, the school, the golf team and the golf course it was something we knew we couldn’t pass up,” Brantley said. “It’s a world-class education.

“When I decided I wanted to play collegiate golf I knew that I wanted to play at a very academic school because my whole life I have been focused on academics and I didn’t want to let up in that regard. And I wanted to go to a place where I could compete at a high level and play on a team that has a winning record. Yale accomplished both of those really well.”

Mom will have the car ready to roll this fall.

“We plan on going and watching Blake play a lot,” Tabatha said. “We will have a lot of windshield time up North.”

“Blake is going to be a stellar college player and I’m going to tell you why,” Puryear said. “One thing you will see in a lot of junior golfers is they have what I call see-saw games. You know as a kid you sit on a see-saw and it goes up and down. Well, Blake’s game the last two years of high school has not been like that. He has a very steady, consistent game. That consistent level of play is going to stick with him in college. He’ll always be around par. His great round last summer was a 64. So his worst round is probably going to be 76. To me, every college in America is looking for that guy. He is going to have a very stable, successful collegiate career.”