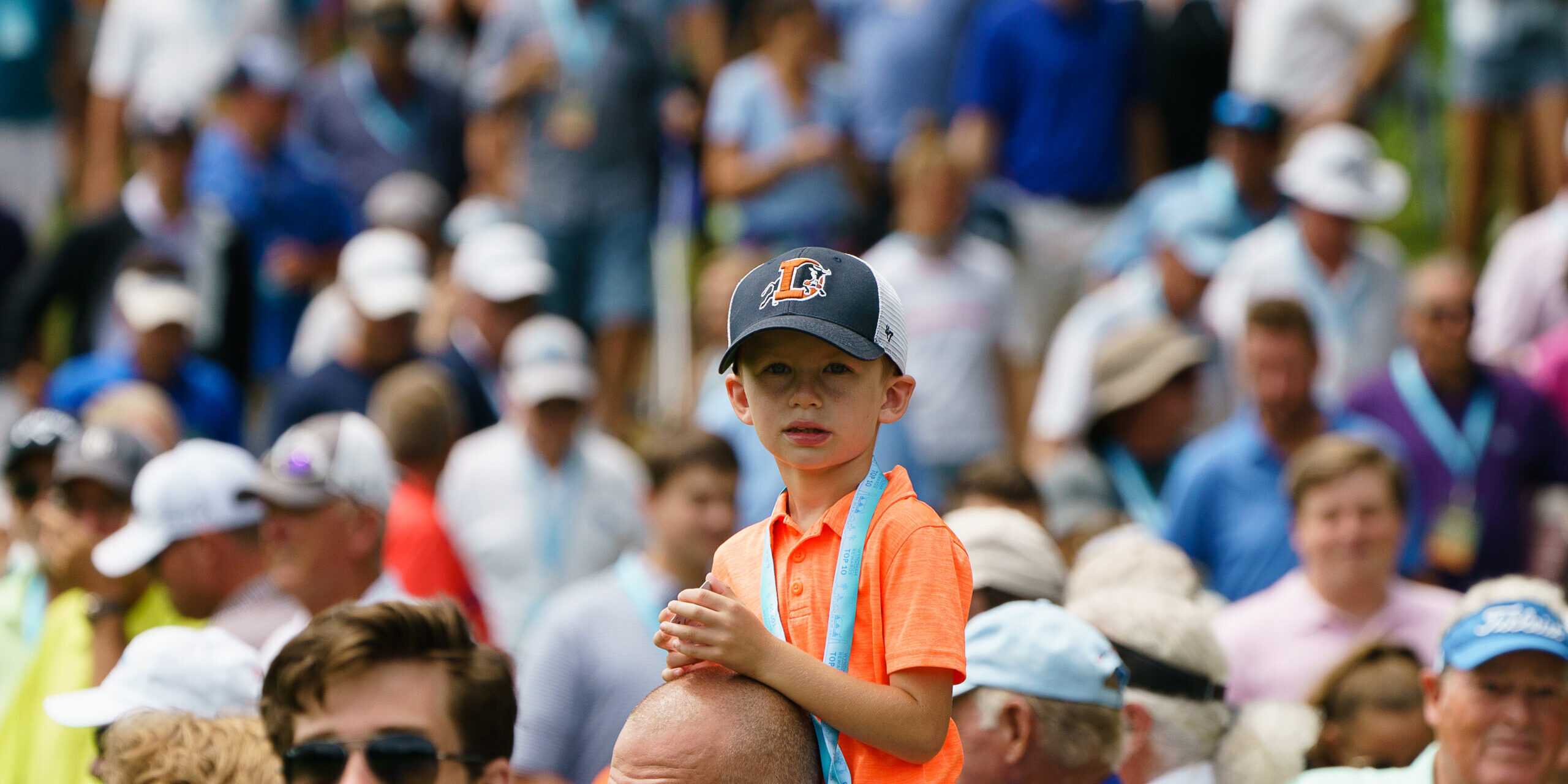 Approaching the two-month mark from its Aug. 12-15 dates, the Wyndham Championship has a game plan that includes its loyal legion of sponsors, tens of thousands of fans and a top-notch field.

In other words, normalcy is near for longtime tournament director Mark Brazil, who is celebrating 20 years on the job with an event that on the surface appears to be clear of COVID-19 restrictions.

One year after crowning a champion without fans in attendance because of state of North Carolina pandemic restrictions, Brazil is planning on at least 15,000 fans per day at the longstanding PGA tournament in the Triad, along with an additional 3,000 sponsors and their guests.

And depending on the circumstances a month or so from now, that number could increase at host site Sedgefield Country Club.

“It would be our call (to increase attendance) with the blessing of the PGA Tour,” Brazil said. “There are some tournaments that have turned the spigot on but I have been fairly conservative with all of this. We just want to be in a spot that if things went bad or got worse for any particular reason we would be able to kind of stay where we are. But if the numbers of COVID infections are down further and deaths are down and vaccinations are up, and people are feeling more confident then I’m going to feel more confident about it. I’m studying the state’s numbers every day and I am not making a political statement but the more people who get vaccinated the better in terms of herd immunity it will all be.”

For the first time ever, all tickets will be presented at the gate digitally on phones and the fans will have access to watching the pro-am on Wednesday.

“It takes the need for a Will Call out of the picture because you don’t have to leave tickets for anybody; you will just email them their tickets,” Brazil said. “I’m sure we’ll go through a little bit of growing pains with that just because it’s our first year but we’re on track with that. It’s a big change and a big savings for us, which is great.”

Brazil said the Wyndham Championship will once again feature such cool locations as Margaritaville, as well as a return to a popular military and veterans component along the 10th fairway, while teenagers 15-and-under will receive free access to the event courtesy of Harris Teeter.

“In the end, we run this golf tournament for the people of the Triad and central North Carolina, and our friends in other states that want to come, and for our sponsors and their guests to have a great time,” Brazil said. “For us to have a tournament with no fans in 2020 was just heartbreaking, but it was different circumstances and hopefully it was a one-time-only thing. We got through it and put on a good show last year but that memory is gone. Credit to the American people for taking this thing seriously and getting closer to being through with this — cross my fingers — so we’re really excited and very bullish on this tournament, to the point we’re kind of adding hospitality boxes right now that we didn’t plan on and my operations director is about to kill me.”

Brazil said he will take a look at COVID numbers as the event approaches and said it will be “fairly easy” to add 2,000-3,000 fans per day – or more. In past years, the Wyndham Championship draws around 25,000 fans for Friday and Saturday rounds, with as many as 34,000 in attendance the year Tiger Woods played.

For now, Brazil will continue to work the phones, calling player agents in order to land the best field he can. He will take a trip to Memphis and maybe Minnesota in the coming weeks to recruit players.

One key target is U.S. Open champion Jon Rahm, who Brazil gave a tournament exemption to during his 2016 rookie season.

“I’ve always told people once Jon wins one major he is going to be a guy who is going to rack some up and it would not surprise me at the end of his career if he had 6-8 majors. That’s how good he is,” Brazil said.

“Everybody is feeling real confident again,” added Brazil. “We’ve gone through a full year of everybody being apprehensive and pulling back, and now I think with all the combinations of vaccinations and people who have already had COVID we’re looking at being in a pretty good spot now.”