Mizuno starts 2022 off with a Gold Rush 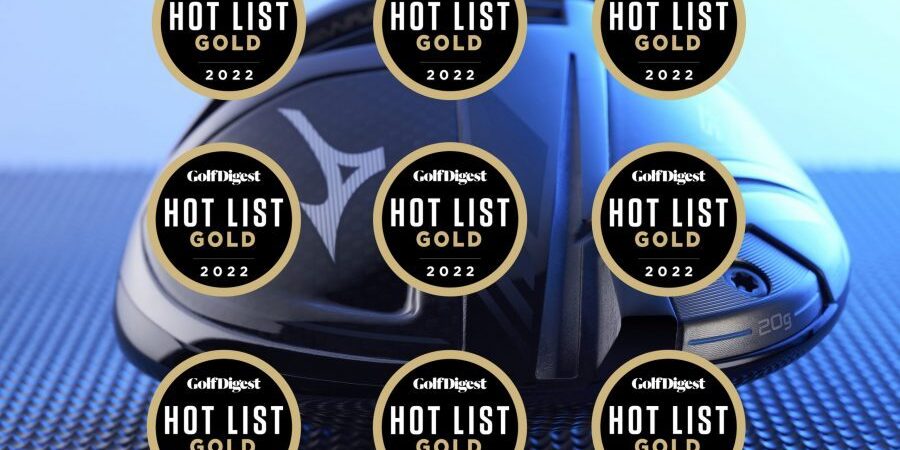 Given the company’s global reputation for forged irons, Mizuno has a strong history of picking up golds in the iron categories of Golf Digest’s prestigious annual Hot List awards. With five golds across the various irons categories this time out, that excellent record continues. In addition to irons success, the ST-220 family of drivers received gold, marking the fourth straight year that Mizuno drivers have been awarded gold in the Hot List. The CLK hybrid and T22 wedges also received gold awards.

After receiving eight golds in the 2021 Golf Digest Hot List, Mizuno has gone one better this time out, receiving an incredible nine golds, including a gold for the M.CRAFT OMOI blade putters.

“We are delighted to have, once again received a high level of recognition across a broad range of categories,” said Chris Voshall from Mizuno. “We have always performed well in the iron categories, but to receive four further golds in drivers, hybrids, wedges and now also putters really demonstrates the impact we continue to make, producing the very best equipment throughout the bag. The Hot List has long been the go-to test in the industry and it’s very important for us to have performed so well in the 2022 edition.”

Also picking up golds were the CLK hybrid the T22 wedges and the M.CRAFT OMOI blade putters.

“A titanium sound that’s not too loud. You can really go after it and not worry too much about where it’ll go. The sweet spot is huge. It has a nice, high ball flight that wants to go straight.” Player comment.

“Easy to hit, like it has a homing device. The club is very forgiving.  Even when I hit a few shots on the heel and toe, the ball works back to the target nicely.” Player comment

“A home-run look. It has some offset but you don’t see it. A compact head, without looking tiny. They’re true. At contact I could predict the ball flight.” Player comment.

“The performance was spot on. It does everything really well. Good swingweight and strong flight. The sound and feel are above reproach. Really good stuff.” Player comment.

“Easy on the eyes at address. Clean head with a midsize topline. The sound and feel resemble the cracking of a whip, with the ball popping off the clubface. Player comment.

“Consistency and precision in ball flight no matter where you hit on the face. The dispersion pattern is one of my best.” Player comment.

“A chrome finish that lulls you into thinking this club is standard issue. It’s not. The highlight is the metal they’re using. The feel is unparalleled.” Player comment.

“You don’t have to hit just one kind of bunker shot with this club. You can easily control ball flight out of sand.” Player comment.

M.CRAFT OMOI putter – extra mass in the head works together with lighter shaft and grip

“Light, easy, yet remains stable and steady through the impact zone, even on delicate putts. Great distance control.” Player comment.