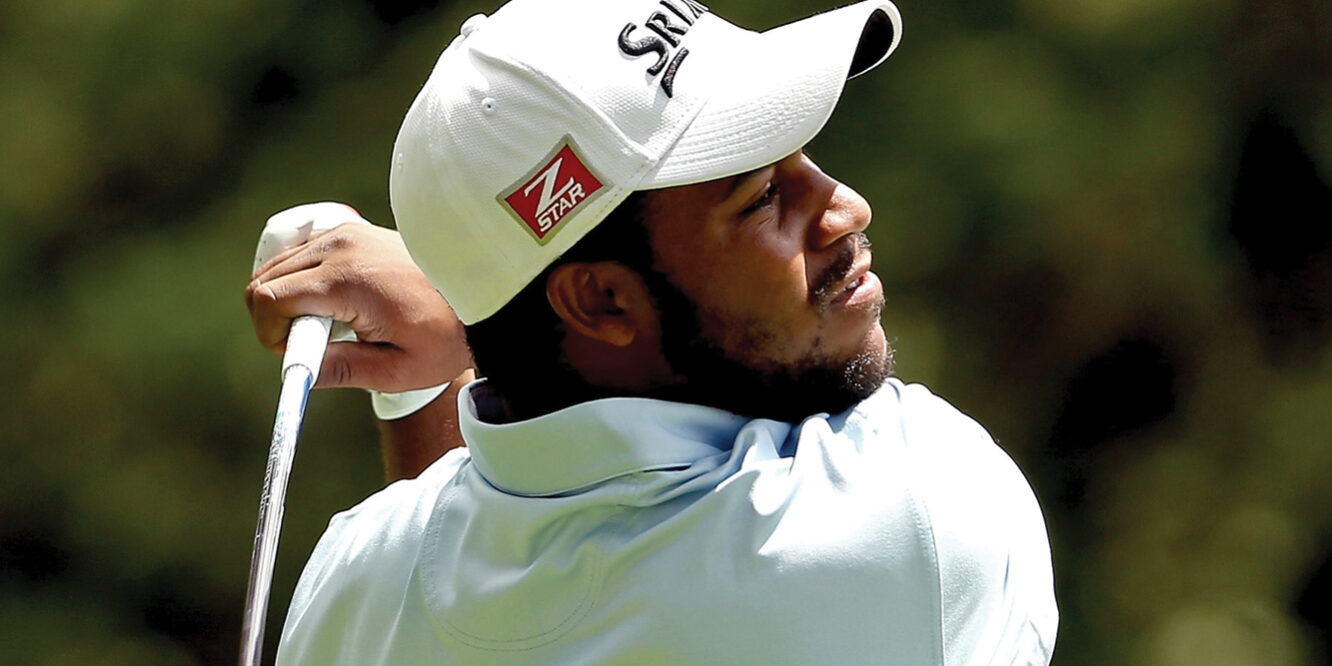 Harold Varner III, Wes Roach and Darron Stiles took an identical route this year to reach the PGA Tour, yet they will each draw on unique lessons learned once the season begins.

The three players, each with a tie to North Carolina, earned their respective PGA Tour cards by finishing among the Web.com Tour’s top 25 regular season money winners.

Varner punched his ticket to the PGA Tour for the first time and Roach used the developmental tour to earn a second chance. For the 42-year-old Stiles, he earned a fifth trip back to the big time.

With just three PGA Tour starts on his resume, Varner is by no means a tour veteran. But as the 25-year-old prepares for his first full season he is taking the approach that he has never played anywhere else but on tour.

“It’s not like I’m jumping into something I have not seen before,” said Varner, who turned professional out of East Carolina University in 2012 and has spent the past two years on the Web.com Tour.

“The courses are a little longer and a little tighter, but if I keep polishing my game, improve my chipping and putting, then I think I will be OK out there.”

Varner earned his 2015-16 card by claiming the 25th and last spot on the Web.com Tour’s regular season money list with $161,102.08. Last year, he finished 30th on the money list and failed to pick up one of 25 more cards available during the Web.com Tour Finals, a series of four season-ending tournaments.

So he used this second year to further hone his game.

The most important gain was a microscopic drop in his scoring average from 70.03 to 69.96. But improved scoring was a direct result of fine-tuning his tee-to-green game. Last season, he ranked 44th in total driving and 19th in greens in regulation. This season those figures improved to 43rd and third.

Varner, along with the other top 24 regular-season money winners, is using this year’s Web.com Tour Finals as a way to improve his position on the priority list to get into full-field events. As a result, he has not even begun to cobble together his schedule, which could start as early as the Frys.com Open in mid-October.

Regardless of when Varner makes his first start, he has already made a bit of history by becoming the first African-American to qualify for the PGA Tour through the developmental tour, which began in 1990 as the Hogan Tour.

Varner begrudgingly acknowledges the accomplishment, preferring instead to view the milestone as a side note rather than a cause for social celebration.

“All I need to worry about is what is Harold going to do,” said Varner, who was ranked No. 419 in the Official World Golf Ranking prior to the season-ending Web.com Tour Championship. “I can only control what I do and if I play up to my capabilities then everything else will take care of itself. My ultimate goal is to win and make a career out there.”

Roach admits he might have had his head on a swivel during his first full PGA Tour season in 2014.

“I probably caught myself looking around a little more than I probably should have,” said the 26-year-old, who played collegiately at Duke. “I can’t fall into that trap of being in awe. I have to realize that I’m here for a reason, for a purpose, and I have to be ready to compete.”

In 22 PGA Tour starts that season, Roach made 11 of 22 cuts, posted five top-25 finishes and just one top 10. He finished 153rd in the FedEx Cup points standings, signaling a return to the Web.com Tour for a third season.

Roach, who played on the junior circuit in both 2012 and 2013, made the most of his latest opportunity. He played the weekend in 13 of 21 starts, recording three top-10 finishes and his first win — the El Bosque Mexico Championship in April. He finished eighth on the regular season money list to easily be promoted.

Roach, No. 327 in the world, believes he is better prepared for his second chance.

“Experience is the biggest thing,” he said of lessons learned that first PGA Tour season. “This time I will have been to many of the cities and courses. I will have a better idea of how to play them. But I was also able to learn things about my self and my game.”

In particular, Roach has become a bit more single-minded in his approach.

“I have to be a bit more selfish in some respects,” he said. “I have proven that I am good enough to be at the next level, but I need to be sharper in doing the little things better. And if things don’t go according to plan, then I need to trust in my ability. I am not sure I did that the first time.”

Roach said he will play “any and every opportunity” this coming season in hopes of improving his position on the priority list. In turn, that may allow him to set his own schedule.

In most any other scenario, being the all-time leading money winner would be an enviable position to hold.

Yet, as notable as winning more than $2.1 million on the Web.com Tour has been for Stiles, it also speaks to how much time he has spent on the developmental tour.

That will change — again — in 2015-16 as Stiles is moving up through the Web.com Tour process for a fifth time since earning his first card in 2002. Stiles finished 20th on this latest season’s regular season money list.

And yet, the 1995 Florida Southern graduate who lives in Pinehurst, ranked No. 401 in the word as of Sept. 28, is still finding his way.

“I think the biggest thing is that I have treated the two tours as totally separate, but I have to realize that it doesn’t matter what the name of the tour is, what the golf course is, who you’re paired with,” Stiles said.

“My job is to go out and play the golf course to the best of my abilities that day.  Something I maybe got caught up in the past was ‘Oooh, I’m on the PGA Tour,’ so I felt the need to do things different. I don’t need to do anything different.”

Stiles believes the biggest adjustment he needs to make while between the ropes is his mindset.

“They are just different animals,” he said of the courses on the two tours. “The Web.com Tour teaches aggressiveness. They aren’t as long, the fairways aren’t as tight and the rough isn’t as consistent. If you take that aggressiveness out to the PGA Tour, in spots you could absolutely succeed real quick, but you could also shoot yourself in the foot.

“PGA Tour golf is more about patience. You’re still going to have to shoot low scores, between 16 and 20 under most weeks, to have a chance to win. But if you break 16 under down by rounds, that’s 4 under a day. That’s 67 or 68 and that sounds reasonable for most any course, doesn’t it? So, the big key is being consistent and patient.”