An Exciting Time for Golf 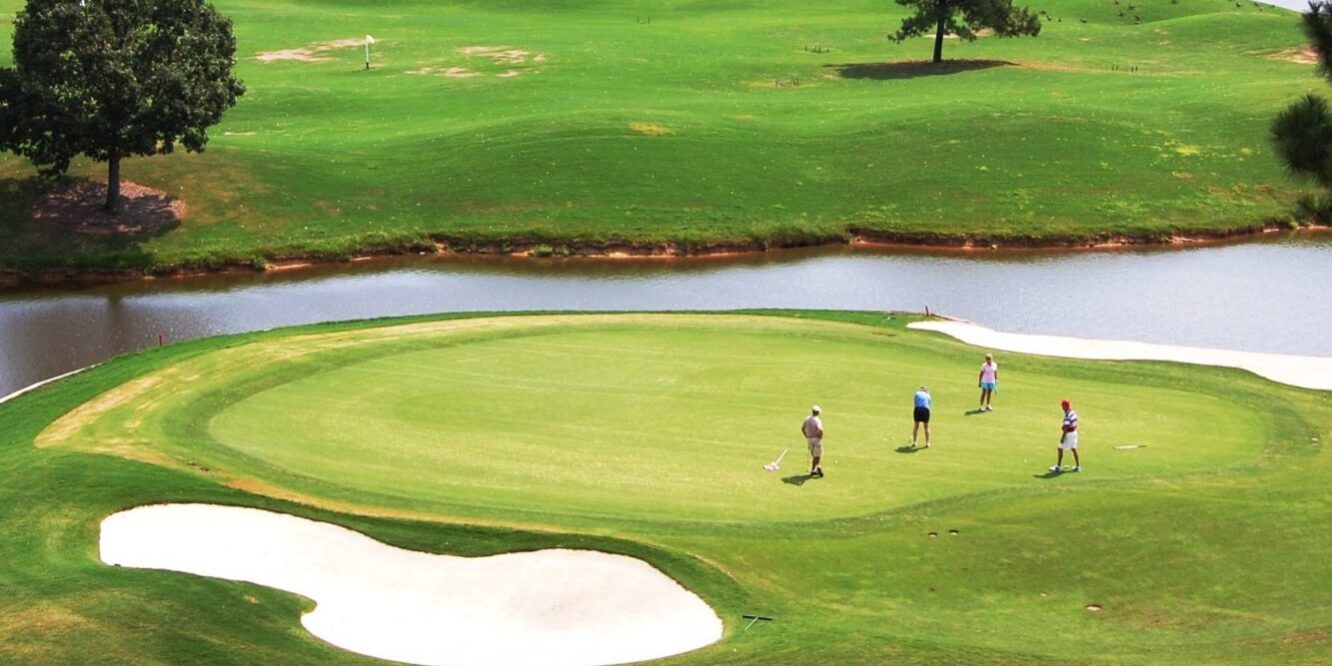 No need to squint to find something or someone discussing the decline of golf. Rounds are down, they say. Courses are closing. The game can’t attract millennials because it’s slow and takes too long. Everywhere you look it’s doom-and-gloom. Tiger Woods is now raising young kids and yet again nursing a bad back in South Florida.

Given that the United States is by far the world’s biggest market for golf — home to about half its players and courses, with the game adding about $70 billion a year to America’s economy — a free-fall that started with the 2008 recession and seemed to crater around 2013 has been impactful.

Yet, there might just be a light at the end of the tunnel.

Recognizing society’s changing preferences, the golf industry jumpstarted initiatives to retain players and attract new ones. In 2014, the United States Golf Association (USGA) introduced a “Play9” campaign to encourage people to play shorter, more cost-effective games. According to Dave Aznavorian, USGA senior director of marketing, the USGA recorded a 13 percent year-over-year increase in nine-hole rounds played from 2014 to 2015 and an 11 percent year-over-year increase from 2015 to 2016.

Courses have even started changing their rules to make playing more appealing — things like relaxing dress codes and allowing music on the course. “If golf is going to compete against other forms of recreation, courses have to allow what people are used to doing,” says Steve Mona, chief executive of the World Golf Foundation (WGF), an organization that promotes the growth of the sport internationally. In another bid to renew golf’s appeal, faster, easier versions of the sport have been invented. Foot golf, a hybrid of football and golf, and TopGolf — outdoor sports bars where revelers hit golf balls onto huge, colored targets — are among the most popular experiments.

And the number that really jumps off the page, rounds played — perhaps the game’s most important economic metric — showed a positive uptick for 2016, marking the second straight year and third time in the past five years that people have played more golf.

So, is it possible the reports of golf’s demise have been greatly exaggerated?

“No doubt about it,” said Jason Cox.

Cox is the Director of Junior Golf and Tournament Operations for the Carolinas Golf Association (CGA) — now in its 108th year of conducting state and regional championships for amateur golfers — meaning he oversees all the organization’s tournaments. “If it’s got a scorecard and a pencil, ultimately it comes back to me in some form or another,” Cox says with a laugh.

“We’re seeing an increase in all of our events across the board,” said Cox. “Our ladies one-day, which is a new series for us, are filling up in less than a day. We get some premier facilities during the winter, when play is slow at those facilities, but with some exceptions, even regular events in the middle of the summer are filling up within the first 24 hours. All of our events have very good success.”

The Carolinas Senior Four-Ball One-Day Tournament series offers 58 events on its 2017 schedule. The popular two-man, best-ball, one-day tournaments are open to male amateurs over the age of 55 — where entries are accepted on a first come-first served basis — and historically have more entrants than spots available.

The typical Senior One-Day opens on-line registration at 8 p.m., on a Sunday evening and “you’d better be ready at the keyboard for some of them,” according to Steve Williams, who has played in nearly a dozen of the events during the past four years. Williams said the recent Senior One-Day Four-ball at prestigious and highly ranked Old North State Club filled up in about an hour. “I was asleep at the switch at 8 and when I tried to register later that night, a waiting list had already started,” he said. “Old North State is probably an extreme example, but a lot of these one-day events max out.”

The Carolina Super Senior at Fort Mill Golf Club typically draws between 112-120 players. This year, the CGA has already expanded the field to 144 — and they have a waiting list. “The events are well-organized and good, fun competition,” Williams said. “For me, it’s more about the competition playing on some great courses than it is trying to win a gift certificate.”

Cox said he tends not to worry about the demographics at either end of the age spectrum. “Like most organizations we’re living off junior and senior golf,” he said. “The senior guys have been playing all their lives and they are going to continue to play.”

Mike Parker believes the fairer sex is driving the current growth of junior golf. Parker is the Tour Director of the Peggy Kirk Bell Golf Tour (PKBGT), an initiative of the non-profit Triad Youth Golf Foundation and the largest girls-only junior tour in the country. PKBGT along with several sponsors, including the LPGA Foundation and LPGA-USGA Girls Golf, recently formed a “Let’s Play” campaign to establish 1,000 girls-only tournaments during the next 10 years based on PKBGT’s multi-level competitive framework.

In 2016, PKBGT’s participation grew to 661 players — 100 girls over 2015 — with a 13 percent increase in events played. Parker said his tour is projecting another 12 percent growth in membership in 2017. “We’re up about 20 percent through the first three months (of 2017) on participation,” he said. “The ridiculously mild winter weather is definitely a factor there, as well as (PKBGT)’s new partnership with the Women’s Health Classic Symetra event.

“With local programs like LPGA-USGA Girls Golf impacting first-touch opportunities and organizations like the Peggy Kirk Bell Girls’ Tour helping to sustain these players in the game, we’re excited about the future for girls golf,” Parker said.

Cox said the CGA’s biggest concern is the golfer who has just graduated from college, but hasn’t played for the last four or five years. “That’s a tough demographic for us,” he said. “We’re trying to figure out how we can get them back into the game. Not necessarily tournament golf, but just some way we can spur them to get them back on the golf course.”

Club golf at the college level has become very popular for players who aren’t quite accomplished enough to compete on the university team. Because there’s so much interest, many schools are now conducting tryouts for their club team. Several years ago, Liberty University’s club team in Virginia skyrocketed from five players to 17.

“All the juniors who are used to playing golf, all of a sudden they go to college and there’s nowhere to play golf, or they actually have to start paying for it at a higher rate, so that’s an avenue for them to keep engaged in the game,” Cox said. “We’re still trying to figure out how to get those guys and girls engaged and keep them playing golf through college, which would then lead to the Mid-Ams and the Seniors.”

Cox said he is encouraged by the expansion of the CGA’s one-day tournaments, individual and four-ball, as well as senior four-ball events, along with the fact that his organization has adopted close to a dozen competitions that have turned to the CGA to take over the tournament operations.

Most encouraging, he says, is a return of “the M-word” to golf.