Amateur tours were labor of love for Bruce Hallenbeck 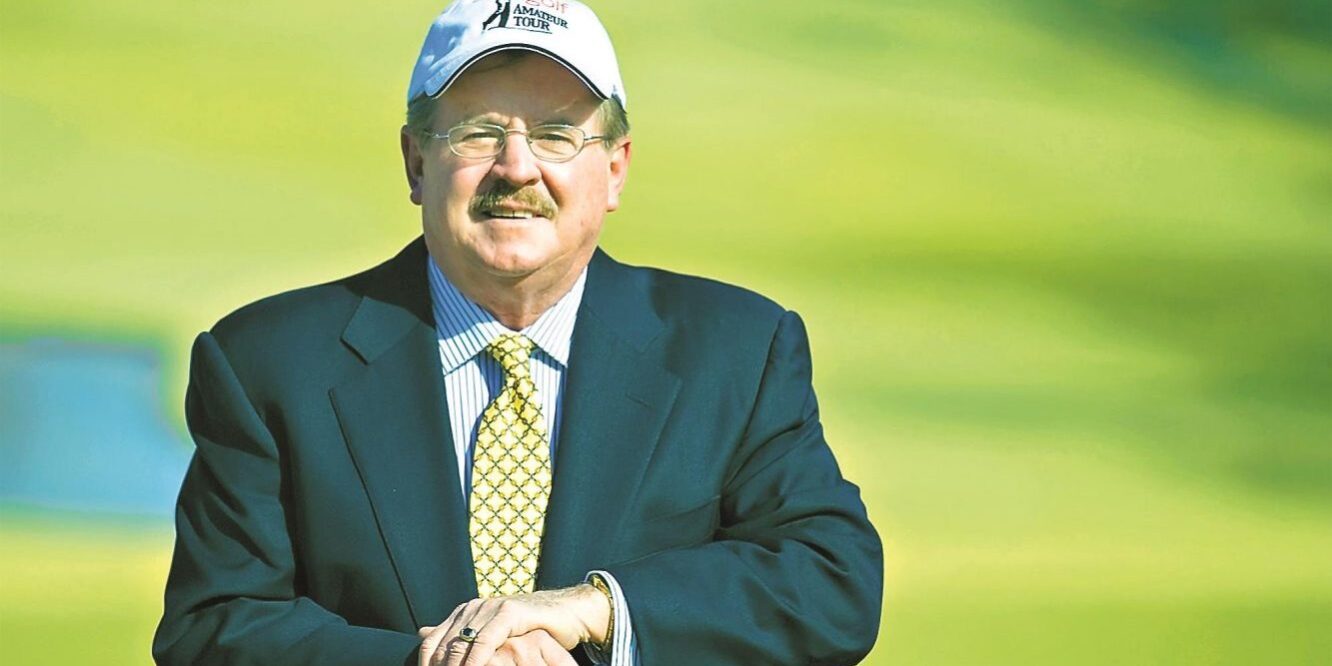 Those words became the battle cry of Bruce Hallenbeck just before 100 or so players were sent out to their respective holes for the shotgun start in that week’s Senior Amateur Tour or Golfweek Amateur Tour event. It was that way for 19 years from February-October.

Hallenbeck didn’t need a microphone. His booming voice was enough.

That voice grew silent in 2016 when cancer sent Hallenbeck to the sidelines. His last welcome at a tour event came in early April that year. A little more than a year later, his courageous battle with the disease ended on April 15. He was 68.

Hallenbeck, a native of New York and a resident of Randleman, was the driving force for the Central Carolina tours, making the section one of the largest in the country. His events were well organized and the fact that he greeted every player by name when they checked in for a tournament was part of the success story. The tour regulars knew it was a labor of love.

“I live a dream life,” Hallenbeck said in a 2010 interview with Triad Golf Today. “To do this for a living is the greatest thing. I never lose sight of that, and I owe it all to every member of the tours.”

Tom Kubla played in many of Hallenbeck’s events and became his assistant for 11 years before stepping in early in 2016 to keep the tours going.

“I try to do everything the way he did after watching him 13 years,” said Kubla, who is now director of the senior tour. “But I can never fill those shoes.”

The amateur tour was the brainchild of Dennis McCormac. He started it in Charlotte in 1995 and branched out to other areas a couple years later. There are now 45 Golfweek Tours in the country.

Hallenbeck answered a newspaper ad to start tours in the Triad, Triangle and Sandhills.

“He was my go-to guy when I was just starting out,” McCormac said. “And he was a mentor to a lot of the guys who have been with me 10 or 15 years.”

McCormac credited Hallenbeck for getting the Senior Amateur Tour going three years after the regular tour was launched.

There are now 15 seniors tours in the country.

“The players knew what to expect from Bruce day in and day out,” McCormac said. “He made sure you had a great time when you were out there. It was just incredible the way he treated all his players. By the time you played two of his events, he knew you, where you were from and what you did for a living.”

Hallenbeck also had a way of making awards presentations special.

“He announced just about all of my national championships,” McCormac said. “He would take his time on every one of them. He didn’t just announce the name of the winner; he would have a story about it.”

Two of Hallenbeck’s loves were competing on the golf course and playing cards.

“He had an uncanny way of stringing more cuss words together than you’ve ever heard,” McCormac remembered of golf rounds with his friend. “And they would make sense.

“He also holed out more shots than anybody I ever saw. He’d be playing a hole terrible and he’d hole out for par.”

There wasn’t a national championship that didn’t include Bruce being the bank in the poker game.

“He was one of a kind,” McCormac added. “He broke the mold. There will never be one like him ever again.”