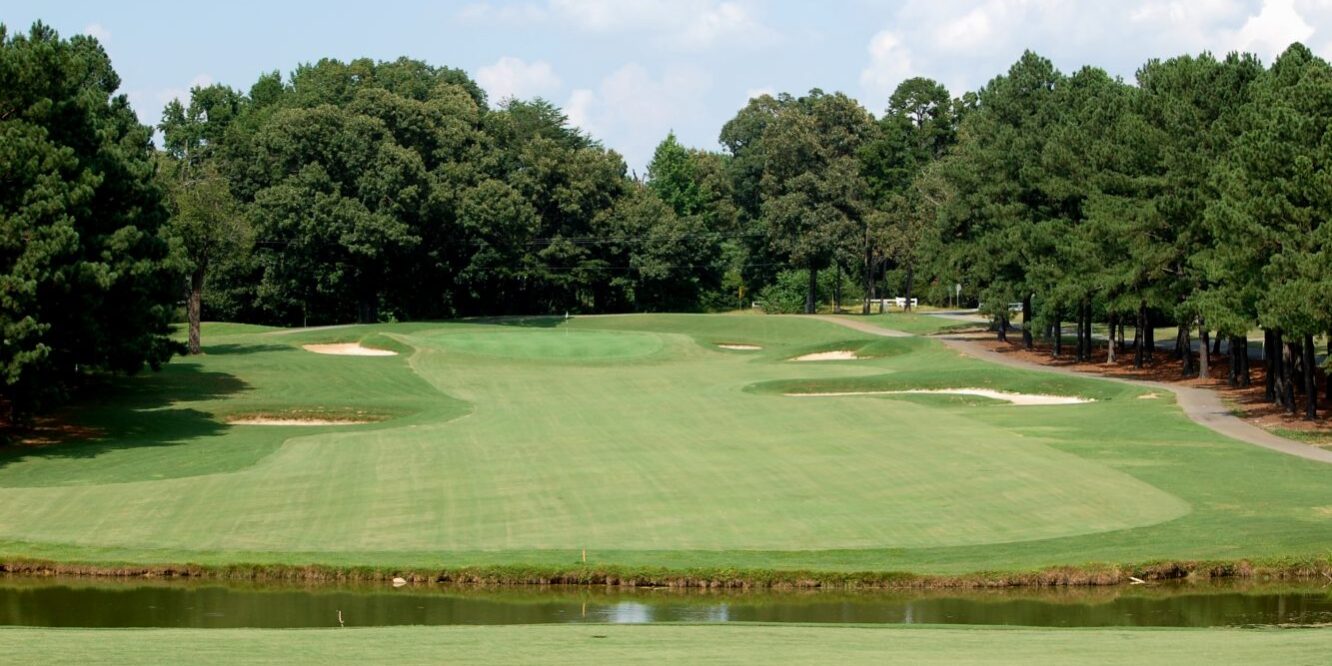 After 30 years hosting a highly-successful PGA Tour event, it’s safe to say Forest Oaks Country Club has spent the better part of the last decade trying to find itself after the tournament moved cross-town.

There have been numerous management groups that have come and gone since 2007, and general manager Anthony Miller has been on site for most of the fiscal difficulties and mental strain. Miller, 42, grew up in Burlington and used to come to the Greensboro tour stop on a regular basis as a kid, and then returned in 2005 as an assistant golf pro.

In June, Miller was introduced to yet another new boss, this time it’s OB Sports Golf Management, a firm based in Arizona and with a good reputation in the business for turning venues around.

Few would argue that Forest Oaks, once a thriving private club in southeast Greensboro, needs some major TLC. For starters, the club’s pool had been closed with insufficient funds to open the gates, the ABC license was lost in the restaurant and bar, and the tennis courts are, shall I say, in disrepair.

And that’s not even mentioning the golf course, which is still suffering from winter kill from two years ago, poor equipment, crumbling cart paths and a shrinking maintenance budget.

“I’ve got such a deep history here, a lot of close friends with members,” Miller said. “If it wouldn’t have been in my interest in seeing this place through I would have been gone a long time ago. But I just know it has such potential with its history, and with the right upper tier management overlooking things it can be a success.

“It has been neglected,” added Miller. “People have come in looking for an initial return and they were not willing to put up what it needed to take to get it where it needs to be to be a successful business and thrive like it used to. You’ve got the community and the market is here, it just needs a little care and a little money put into it to get it back to the standards.”

Designed by noted architect Ellis Maples, Forest Oaks opened in 1962 to rave reviews. It was already known as one of the best tests in North Carolina, when it was rated as a favorite PGA Tour stop by players. As the golf course matured, alterations to the course were necessary, and in 2002 the job of restoring the course was assigned to Davis Love III’s Love Design Group.

During this renovation, the fairways were re-sprigged with TifSport Bermudagrass, a strain that handles the extremes of summer heat and winter wetness better than the old local strains. As a result, the fairways are able to be cut lower and smoother than ever before. The greens were planted with a mix of A4 and A1 bentgrass, which offers a faster and truer surface than the old Penn Links variety.

Fast forward to today, and after opening for limited public play in 2014, OB Sports Golf Management is moving fast to restore the luster to Forest Oaks. The pool has been re-opened, the liquor license has been granted to the club again, and work has started on aggressive fertilization and equipment upgrade plans.

“That is a huge thing. We are working with nothing out there,” Miller said.

“The challenge is to re-establish the operations in a way that the programming is there for the membership and strengthen the value of the membership,” said OB Sports chief operating officer Phil Green, who toured Forest Oaks for several days in June. “We have already limited outside play and are only taking a limited number of reservations for non-member play so that the membership has priority and preference on starting times.”

Forest Oaks is OB Sports Golf Management’s only course in North Carolina. Green said OB Sports got connected with Forest Oaks through a relationship with the Japanese ownership group, which also owns a club in Florida that OB manages.

“The golf course is in pretty good shape, but there are just a lot of little things that will take it to the next level pretty quickly that we’ll focus on,” Green said. “We’ve got to re-establish things in the golf shop as far as merchandising programs, and the food and beverage areas — the restaurant, the catering. We have already started down that path.  We’re revising all the menus and re-doing all the programming for the banquets and weddings at the venue. It’s a top-to-bottom overall evaluation of that entire area. Geez, where do you stop?”

However, Green said Forest Oaks isn’t so far in the woods that it can’t recover and become a vibrant private club yet again.

“I don’t think it’s a matter of being difficult, it’s a matter of time and patience and execution on a regular basis,” Green said. “It’s just that it’s going to take some time to regain and re-establish the club to where people have confidence in it and the membership is happy with that we’re doing. We’re taking the right steps; we’ve already got the swimming pool open and we’ve got a game plan on the agronomy side. We need to address the practice facilities, the tennis facilities; that will come next. I guess it’s what we refer to as blocking and tackling, checking off the boxes as we get to them.”

For now, there are no more GolfNow purchases available.

“Our goal is to re-establish the private club side of it,” Green added. “It has kind of turned more into a semi-private club, and that was out of necessity to a certain extent, and it’s not like we’re going to shut the faucet off completely, but we’re going to focus on making it more of a private club like it has in the past.”

As Miller sits in his wood-paneled office surrounding by PGA Tour memorabilia, he is yet again optimistic that the course he once dreamed of playing as a teen-ager can make him proud.

“The one thing I will say about OB Sports versus the previous management companies is look at their history. They have been in this business since 1972 so they know the right tools and what it takes to make a property work,” Miller said.

“We want to start reaching out to the entire Triad again,” he added. “We feel we have a product here that is marketable – 30 years having a PGA Tour event here – I don’t see a problem attracting people from even the Raleigh-Durham area or Winston-Salem and west. It’s not just me being here, a lot of our core membership has stayed and they want to see this place through and thrive again.”

To re-discover Forest Oaks Country Club, call the golf shop at (336) 674-0126 to enquire about membership or reserve a starting time, or just visit www.forestoakscc.com.