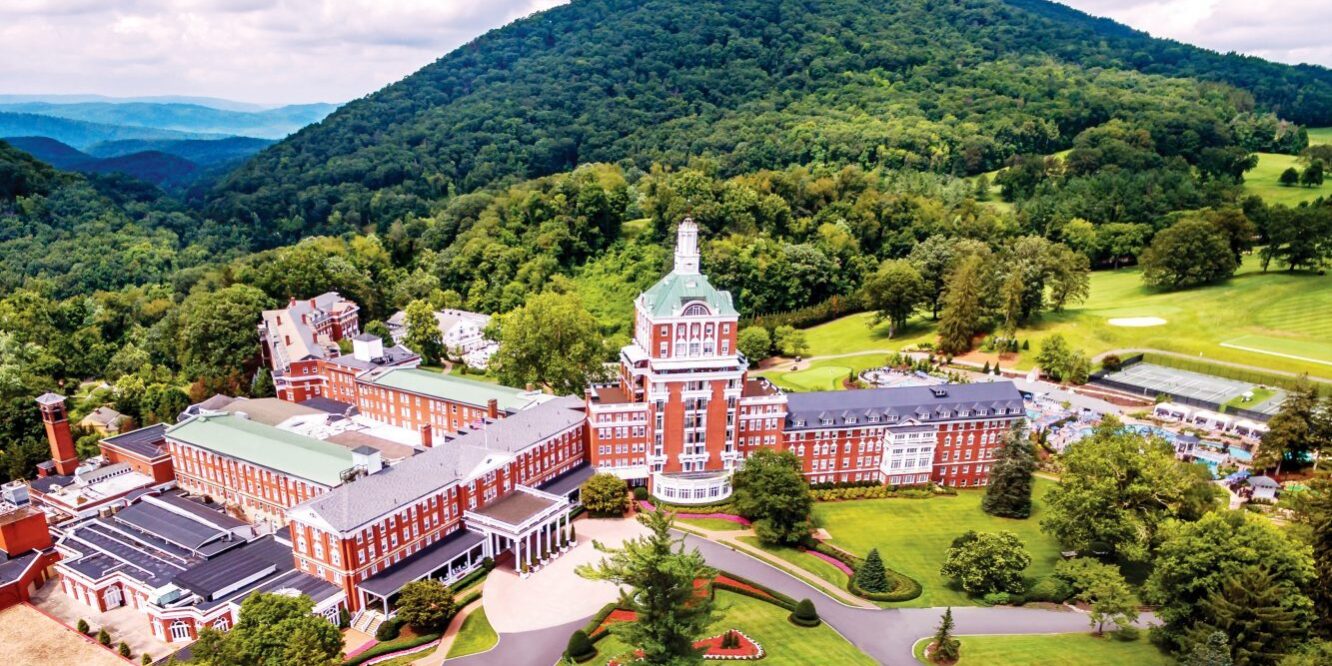 Bath County in Virginia has virtually stood still for years, where doors are left unlocked and you fish, hunt or play golf – and wake up the next day and do it all over again.

Legendary touring pro Sam Snead was born and died here, but early in his pro career made it across the mountainous border to work as head pro at rival Greenbrier Resort in White Sulphur Springs in West Virginia. “But locally, everybody knows he’s from here,” says nephew and three-time Ryder Cup member J.C. Snead. “I’ve had arguments with people that say ‘no, he’s from West Virginia.’ One guy got really belligerent and I thought I was going to have to smack him.”

While the elder Snead has been gone now for 15 years, those around these parts are still protective of the native son’s legacy they all followed into flat stick fame.

“You would be surprised that some people even think he’s from North Carolina, from Greensboro; they get Greensboro and the Greenbrier mixed up since he won eight times in Greensboro,” said Don Ryder, who served as director of golf at the Homestead Resort for 42 years. “He played a lot at The Homestead in his later life; he was up on the driving range almost every day.”

Mark Fry can attest to that. The current head professional was in charge of running the resort’s golf schools back then and would marvel at Snead’s mass appeal.

“There was this mystique when he would show up with that hat on,” Fry said. “My golf school would just stop. He was cordial to take pictures and sign autographs. He had a reputation of being hard to approach, but you have to remember when he was in his prime he was in his office when he was on the golf course. There are a lot of times I don’t want somebody to barge into my office uninvited when I’m busy … and he was busy on the golf course.

“I can still see him hitting balls up there,” Fry added. “Later in life he couldn’t see how far they were going, but he would look over at me and say: ‘It just hit the ground, didn’t it?’ So, he knew how long it was in the air — just amazing.”

Can you imagine the social media explosion that would occur if Snead were still alive and he was walking around the Homestead in his unassuming down-home fashion?

Playing 36 holes in the center of the Alleghany Mountains is like opening up a history book and turning page-after-page, anxiously awaiting the next chapter.

In 1899, William McKinley teed off on the Old Course at The Homestead Resort to become the first sitting president to play golf. Many more have followed suit here, including William Taft, Woodrow Wilson, Dwight Eisenhower and Gerald Ford. In fact, Wilson loved the golf so much he played a round every morning of his honeymoon while on site. Now that’s dedication to the game.

The resort, now owned by Omni, celebrated its 250th anniversary in 2016 with birthday cake in the lobby each day and fireworks each night, but little has changed here over the years.

The hotel’s architectural splendor still rockets into the sky and serves as the backdrop for the final hole of the Old Course, which boasts the oldest first tee in continuous use in the United States.

Meanwhile, The Cascades was ranked the No. 1 course in Virginia for 82 consecutive years until recently and was a course Snead battled many times.

“Few courses have stood the test of time like the Cascades,” Fry said.

“One of the most famous quotes there is the statue of Sam on the first tee, and it says ‘If you can shoot par or better at the Cascades you can play anywhere in the world.’ Of course, he traveled the world and did just that. He knew what a test that course was,” Ryder said.

At just 6,667 yards from the tips, The Cascades course has lulled thousands of golfers into a false sense of comfort, security and downright frustration.

“You will probably hit every club in the bag, which to me is a good test of golf,” Fry said. “It’s not driver-wedge every hole. It makes you think, it makes you be creative around the greens, you can try to shape your ball. I’ve played Pebble and I’ve played Pinehurst and Pine Valley and all of the above, but as far as a test of golf, a test of your thought process and your course management, it’s one of the best if not the best.”

The Old Course is even shorter at 6,099 yards, but I defy you to find a flat fairway lie or a straight putt. Heading up into the higher elevations of the resort property, the Old Course is a diabolical test of left-is-right, up-is-down … well, you get the blurry picture.

“When I was playing on the PGA Tour I would hit driver on every hole at the Old Course for practice to make myself concentrate on hitting it in a certain place,” said J.C. Snead. “You can get every kind of lie you can think of in golf. You’ll play with people from the South where it’s not that hilly and they don’t have a clue how to play it.”

But play the courses golfers did. The resort logged more than 53,000 rounds for more than a decade during the golf boom from 1993-2003.

“The Homestead and the Cascades course have been to amateur golf what Pinehurst has been to professional golf,” Ryder said. “We’ve hosted over 200 Virginia state championships, 8 USGA championships, an NCAA championship, you name it.

“Golf has been No. 1 in this county besides maybe eating for years and years and years,” Ryder added. “At one time, we had just golfers coming here. It is now promoted as more of a family business, but golf still plays a huge part.”