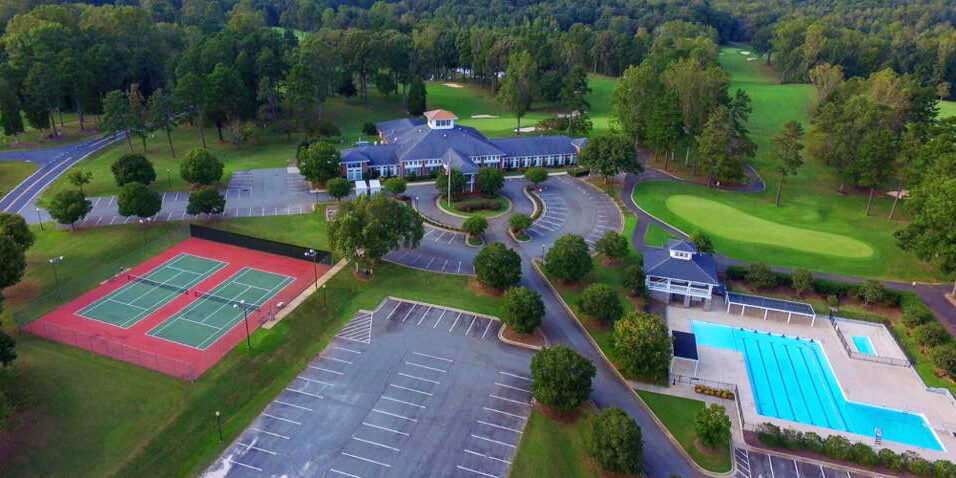 Chad Newton is ecstatic to be back at Sapona Golf, Swim and Tennis Club, and wants to see the facility flourish under his guidance.

“I have a deep appreciation of Sapona and understand its value to the local community and the City of Lexington,” Newton said. “I want to raise the level of service to Sapona’s members and guests while at the same time maintaining its fun, friendly, family environment.”

Newton, 43, was named Sapona’s general manager and director of golf in January. He’s an award-winning golf professional and served a stint as an assistant pro at Sapona in 1999.

“We are greatly encouraged about the future of Sapona,” said Jason Barney, the club’s spokesman. “Since acquiring the organization late last year, we’ve embarked on an ambitious strategic planning process that included finding a top-notch executive for Sapona. Chad comes to us with a stellar background of leadership, a breath of new energy and innovative ideas that align with our vision of the club’s future.”

Newton is a past president of the Carolinas PGA, which is the largest section of the PGA of America and served 10 years on its board of directors. He was the PGA of America golf professional of the year in 2013 and has received several other prestigious PGA honors, including being the winner of the PGA Merchandiser of the Year Award, PGA Horton Smith Award and PGA Player Development Award.

Newton is a graduate of East Carolina University. He was born and raised in Winston-Salem, where he currently lives with his two children.

Newton said he’s been a fan of Sapona, its members, and the community since working there as an assistant pro.

“This made the decision easy when the offer was made to come back 20 years later and take the management reins of the entire facility,” he said. “I feel like I’m finally back home, and I am ecstatic to work with such a respected and first-class club. I look forward to moving Sapona successfully into the future.”

Those affiliated with Sapona’s management hope Newton’s hiring brings stability to a course that has gone through numerous changes in the past year. Last fall, the course was sold twice in less than a month, first to Mark D. Moore, an aviation expert with the ride-sharing service, Uber. He bought the property in October from NASCAR owner Richard Childress, who had owned the facility since 2012.

In November, Moore sold the former country club to members of Sapona Ridge Acquisition LLC, a group formed to facilitate the purchase. According to its members, the LLC is made up of 75 individuals, including homeowners, former club members and community members who wanted to preserve Sapona for the community.

Barney, one of six member-managers of the LLC, said the facility will be operated much as it was prior to Childress’ purchase in 2012. From 1986 to 2012, the course was owned by Sapona Country Club Inc., and open to both members and the public. The facility had fallen into hard times prior to Childress’ purchase, with NewBridge Bank owning a note on the property and giving the club’s board of directors a deadline to find a buyer or face foreclosure.

Prior to the recent purchases, the course was technically the property of Three R Holdings, which is owned by Childress, a NASCAR team owner and Davidson County resident.

Sapona currently offers public play, as well as a range of tiered memberships designed to serve the diverse age groups in the community and surrounding Triad area. The club currently is accepting new members.

A celebration of the new Sapona Golf, Swim and Tennis Club is planned for later this year.