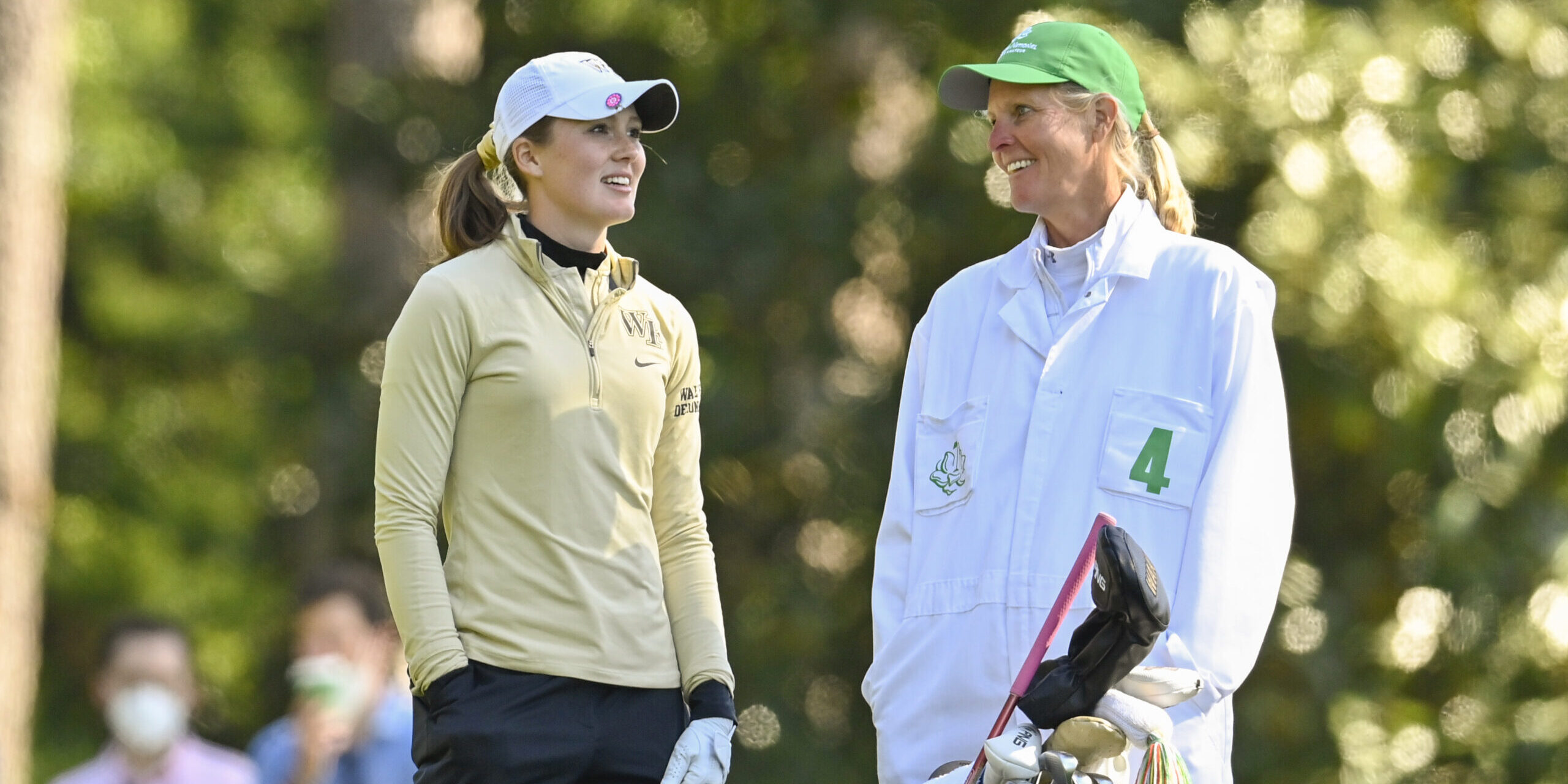 Emilia Migliaccio can pinpoint exactly when she began second-guessing her dream.

The Wake Forest senior, one of the top-ranked amateurs in the world, was on top of her game on the final holes of the North & South Women’s Amateur at Pinehurst last summer.

“I birdied the last three holes to finish even par, but I didn’t feel that sense of triumph I thought I would feel,” Migliaccio says. “That was the first time I had thoughts of, ‘I don’t know if I want to do this as a career.”’

For so many years, Migliaccio was driven to be the best woman golfer in the world. She welcomed the practice, the travel, the competition. She loved every hotel bed at every tournament. She embraced all the self-discipline that excellence required.

But when her final season of college golf began in January, the doubts had turned into something much more. That’s when she turned to Demon Deacons coach Kim Lewellen, right there in the middle of the first round of the first tournament.

“I said, ‘Coach, all I’m thinking about is I don’t want to do this professionally.’ I just kind of dropped that bomb on her,” Migliaccio says with a laugh.

The decision caught her coach off guard.

“Was I surprised? Very much so,” Lewellen says. “We discussed it in that round and the next two. By the time we finished that golf tournament, I think we both realized that she had more things she was interested in doing, and that seemed to be the best step for her.”

With that, Migliaccio began re-imagining her future. She immediately scrapped plans to attend Q-School in the fall, a long-awaited first step toward playing on the LPGA Tour. Instead, she enrolled in a two-year master’s program in communications at Wake Forest. And even before she returns to campus in the fall, she will take on a challenge that combines two of her passions — golf and writing. Migliaccio, who in 2018 published a romance novel, Just an Illusion, will join the editorial staff for the Golf Channel website as a reporter and editor.

“It has been really cool to see so many things line up as soon as I listened to what the Lord was telling me to do,” she says.

The soft landing has eased the transition, but Migliaccio is candid about how she got to this point. The years of competitive golf took a toll.

Along the way to becoming the No. 3-ranked amateur in the world, Migliaccio took care to keep her golf career and her life in proper perspective. In addition to conventional coaches, she worked with experts on the mental side of the game. She also enjoyed the unwavering support of her mother, Ulrika, an all-American golfer at the University of Arizona in 1992. As her college years progressed, Emilia cultivated a calm, in-the-moment game. She won regularly in collegiate tournaments and thrived at the international level, winning a gold medal at the Pan-American Games in Peru in 2019. She was a complete player, a first-team all-American. Missed shots did not define her rounds, and golf did not define her individually. And yet, as her senior season approached, she could tell that the balance was not right.

“A lot of confusion and frustration, a lot of anxiety, too,” the 22-year-old says. “After practice and before practice, I was always thinking about golf and my swing and my putting stroke, and I wasn’t able to turn off the switch. I could see it affecting my family even when I was trying to hold it in, but they knew I was really frustrated and in pain. I could just see the pain in their eyes when I spoke about my frustration.”

Migliaccio pauses, her voice hinting at how carefully she searched her heart. “I needed to tell myself that I was not going to pursue professional golf so that I could try to relieve some of that,” she says.

Another turning point came when Lewellen and associate coach Ryan Potter encouraged her to examine her goal of becoming the best golfer in the world.

“There is a difference between mastering a skill and trying to be the best,” Migliaccio says. “It was a really good perspective for me. That’s not life. Life is being around the people I love and going to the beach and playing golf with the people I love. That’s where life is.”

For Migliaccio, life is also about giving her time. She leads a student-athlete community service group at Wake Forest. Lewellen believes that provides the best snapshot of her senior golfer.

“If you take (golf) to the professional level, you have to be selfish and you have to be self-absorbed to a certain degree. That’s not who she is,” the Wake Forest coach says. “She wants to give a little bit of herself to a lot of people. She serves people and she has a big heart. She wants to make sure she can share that with people.”

With a new outlook on her future, she set about the final semester of her collegiate golf career, including one last turn on the world stage at the Augusta National Women’s Amateur in early April. She calls the tournament and its field of 84 golfers, “100 percent the biggest tournament you can play in.”

Migliaccio was the leader in the clubhouse on the final day until 17-year-old Tsubasa Kajitani of Japan forced a playoff with a par at 18. Emelia lost on the first playoff hole when her approach shot found the bunker.

“In the moment, I was really disappointed and sad, but I was very proud of myself, so there was definitely mixed emotions,” she says.

The irony of delivering the best individual performance of her career after her career-changing decision is not lost on Migliaccio. But she prefers to focus on the happy ending, where she walked the hallowed fairways of Augusta National with her mother/caddie at her side.

“It was so special,” she says. “I kept looking back at my mom. It was so wild to see her in the professional (caddie) uniform and just being able to walk there with her.”

The rewarding last chapter of her career has not swayed Migliaccio to reconsider professional golf. Her personal growth and self-awareness were hard-won, the lessons bittersweet but necessary.

“If I would tell my younger self anything, I would say, ‘I promise, if you take this day off, it’s going to help,’” she says. “More is not always better. That’s where it’s easy to start placing your worth in golf.”

Her unwavering commitment to golf may have come with an unexpected finish, but it’s a small price for the affable Migliaccio. She has played in two U.S. Women’s Opens, three Arnold Palmer Cups and tournaments in Japan, France and across the United States.

“I’ve been all over the world and it’s been amazing,” she says. “Golf has taken me so far and golf will continue to take me further. Sometimes dreams change, and I’m learning to embrace that and look forward to new chapters with greater opportunities than I could ever imagine.”