Three-Pate: Reagan sophomore strings together a summer to remember with three CGA wins 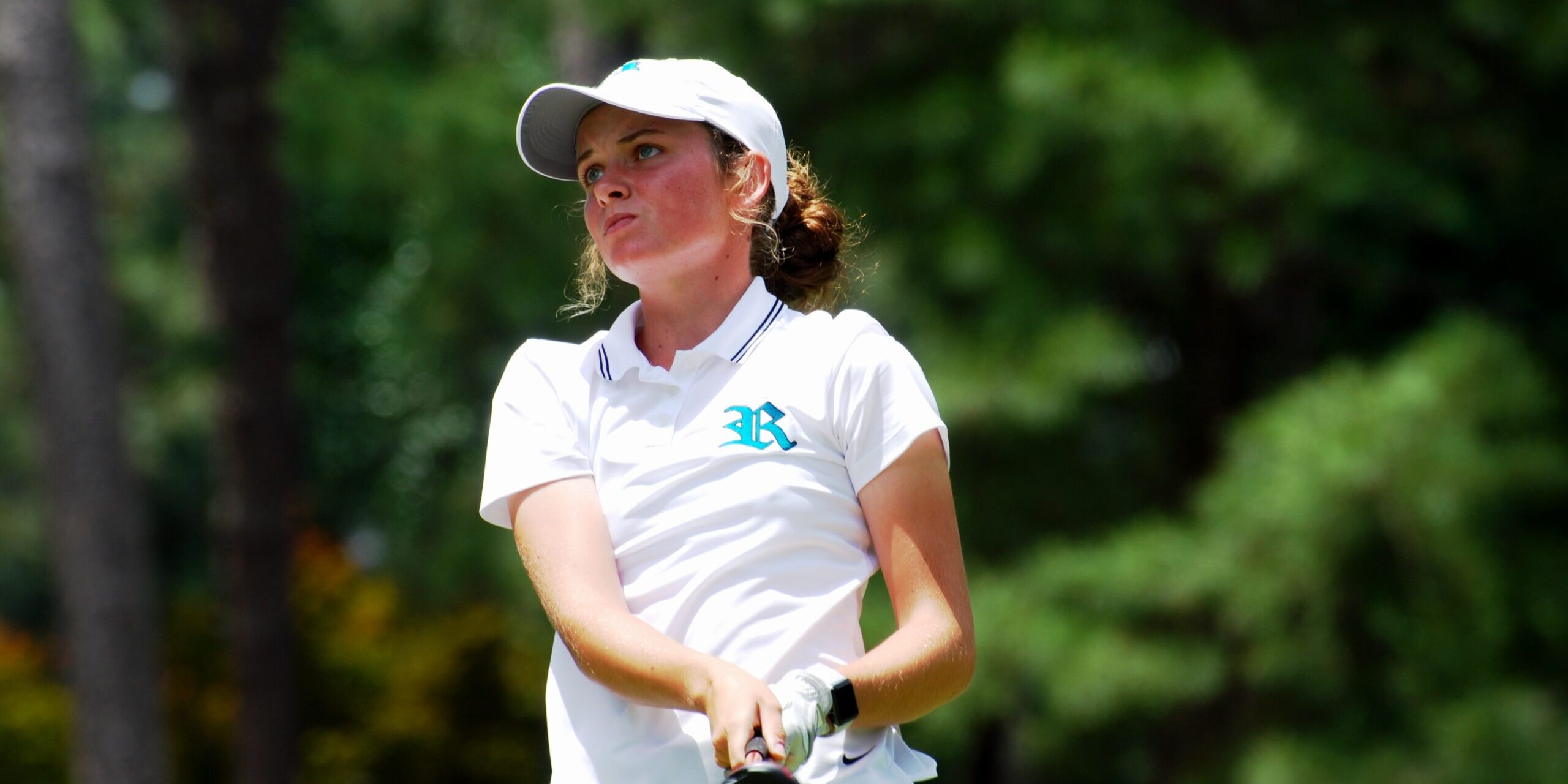 Macy Pate was seeking warmer weather and the ability to work on her golf game on a full-time basis when her family moved from the North Carolina mountains to Winston-Salem last August.

The 15-year-old Pate, a fierce competitor, was also looking for players to push her and challenge a skill set that was still somewhat untapped, and she found that in best friends and Reagan High School teammates Morgan Ketchum and Anna Howerton.

Add Maple Chase Golf and Country Club instructor Brad Luebchow to the mix and Pate’s development has reached overdrive, winning three Carolinas Golf Association tournaments in a span of five weeks this summer. In the 2021 calendar year alone, Pate has won six times, including the individual title at the 4-A state championships in leading Reagan to a No. 1 national ranking.

Pate won medalist honors in mid June at the North Carolina Junior Girls’ Championship before winning the event in match play to begin her hot streak. She followed up that victory one week later with a whopping 12-shot win at the Twin States Junior Girls before a seven-stroke victory in the Carolinas Junior Girls on July 22. Pate had a final-round 66 that included eight birdies to cap her three-peat.

Pate, who won’t turn 16 until October, is now the player to beat each event she enters against mostly older and more seasoned competition.

“It has been a lot of fun,” Pate said. “My game had been pretty good throughout the whole high school season and going to states — and winning states has always been a big goal of mine – so with the whole team there supporting us and watching us it gave me the confidence that I could win, I could close it out. That made me feel really good going into these summer tournaments.”

In addition to her six wins in 2021, she has also recorded seven second-place finishes through late July.

Pate is a worker bee, often spending eight or more hours on either the Maple Chase range, on the course, or a combo of both daily.

Luebchow laughs now when looking back on taking on Pate as a client. The two met officially this winter when Pate asked Luebchow for some additional help. After one lesson, Pate won a tournament.

“I was like ‘OK, here we go,”’ Luebchow said. “I am a pretty goofy, outgoing guy, and to see her practicing and playing at the club with Morgan I had already kind of become buddies with her. I certainly didn’t think we would have had the success we’ve had this soon this fast, but I appreciate the fact that she trusts me so much. But she’s the one hitting the shots, so all the success goes to her.”

Luebchow does deserve some credit for improving Pate’s putting stroke, her short game and swing speed, as does former Wake Forest coach Diane Dailey, who is in Pate’s camp now more as a mental coach.

“Before Macy came to Winston-Salem I don’t think she knew how good she could be,” said Dailey, who met Pate while spending the summer giving golf lessons in Blowing Rock. “Since she has been here she has realized she can be pretty good, and she has a future in golf. Before, it was kind of an unknown. What is wonderful about her now and what I tell her and all of my students is to take advantage of all the resources you have — if you have a nice place to play, if you have friends that will push you, if you have a chance to work out, if you can find the best teacher in the area – do all of that. Instead of letting that all come to you all the time sometimes you need to go and take advantage of it.”

Pate is looking at getting into Reagan High School and meeting new friends this fall since COVID-19 restrictions kept her away from campus for all but a few days at her new school. And with the summer golf season starting to wind down, she wants to spend a few more days on some local ponds fishing with her father.

The quiet times with dad on the water include — what else – discussions of her golf game.

“We talk about what I’m thinking about on the course, what I’m working on with my swing,” she said.

Pate’s dream is to qualify for the 2022 U.S. Women’s Open, which will be held at Pine Needles in Southern Pines.

Dailey believes it’s a realistic goal for the talented teenager.

“Her progress has been very rapid,” Dailey said. “I think about her this time last year and we were playing at Blowing Rock, and she and I were hitting it almost the same distance, and now she’s outhitting me by 30 yards. Her game was very inconsistent and now it is much, much tighter, much stronger. She is a different person – she really improved dramatically. If she continues to do this she is going to be the next superstar from this area.”

“Winning is a habit, winning is a thing you learn to do, and once you start doing it you want to do it more. It doesn’t get old,” added Luebchow. “For some kids when they starting having some success it goes to their head and they start slacking off and they can’t handle the stage, but she seems that she is always so focused on just hitting the next shot. She is one of the most competitive junior golfers I know.”