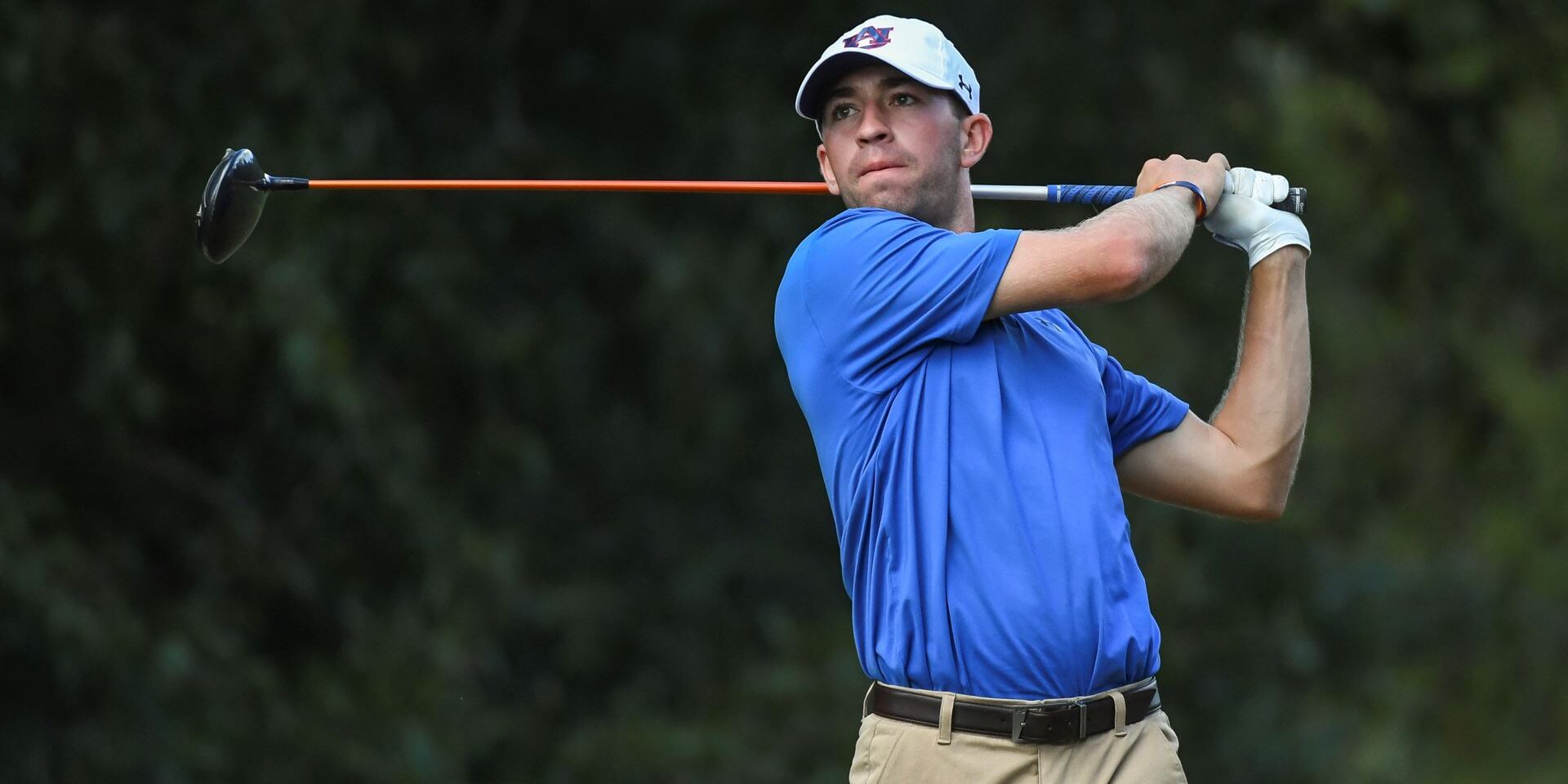 For every PGA Tour player, there are hundreds, even thousands of guys like Ben Schlottman.

Schlottman was a state champion at Forsyth Country Day, a star college golfer at Auburn who was named SEC freshman of the year and won the prestigious North and South Men’s Amateur Championship at Pinehurst Resort in 2018.

A PGA Tour career was certainly within reach.

If it were only that easy.

In a span of just three years, Schlottman’s life has literally spanned the globe as his golf game — in his mind, heart and soul – became less and less important in his overall attitude, landing him in Quantico, Va., and a military path in the U.S. Marines.

After his impressive North and South title, Schlottman got cut in the first stage of Q School and began playing mini tour golf with varied success before heading overseas, in large part to be close to his girlfriend, who was playing soccer in Israel.

Schlottman discovered the MENA Tour (Middle East North Africa Golf Tour) and had some success there with a few top 10 finishes, and also secured his Asian Developmental Tour Card, traveling back and forth between Thailand and the Middle East.

“And then I went on vacation to Amsterdam with my girlfriend and that was when we heard of COVID, and we all had to go home and suspend all of our plans,” he said.

Back in the Triad, Schlottman once again began to ponder his future in golf.

“The military is something that has always been on my mind,” said Schlottman, whose older brother served as well as his grandfather in World War II. “I remember in college I would think ‘why am I not serving our country and other people who are just as capable as I am are?’ I have always been very physically active and mentally I am relatively sharp, so I just thought to myself if other people are doing this why am I not doing this? In college, you always think, ‘oh, I’m going to play on the PGA Tour’ and once you get out into pro golf you realize what a grind it is.

“And I wasn’t as technically gifted as many golfers I saw. It’s one of those things where it was a culmination of all those factors as well as personally wanting to make my own mark — I really wanted to find some kind of independence. I don’t want to necessarily say ‘go on a soul searching journey,’ but sort of start a new chapter.”

It’s hard to say if Schlottman would still be playing golf overseas had the pandemic not began in early 2020.

“That’s a great question,” he said. “I think I would still be playing golf because I wasn’t planning on coming back to the United States anytime soon. I was planning on finishing out through May on the MENA Tour. I was doing a lot better as far as results than the mini tours in the United States. You want to find that group of competitors that challenge you but doesn’t demoralize you, and that’s how I felt on the MENA Tour. If I played well I could compete to win, and if I didn’t play that well I would still make the cut. On the mini tours in the United States if you don’t play well there is a good chance you’re going home $1,000 poorer.

“When I was over there my mindset became ‘I don’t care about playing on the PGA Tour,’ I want to play on the European Tour and travel, and enjoy this ride as long as I can. It was becoming a vessel for me to see the world and also scrounge out enough money to pay for my next flight kind of deal, and really be able to enjoy different cultures and different foods and I made so many good friends over there. Sometimes you are the only people in a country that speak English so you say, ‘Hey man, you want to go to dinner?’ Even if you don’t like the guy you’re going to dinner with him.’’

So in June 2020 while back in North Carolina, Schlottman pulled the trigger, and reached out to a Marine officer selection office in Raleigh and signed up.

“I was sitting on my butt at home and not doing much, and I was just not very happy with where I was at,” Schlottman said. “It was almost one of those things that nothing (with golf) seemed like it was going to get going with COVID. I was like, ‘well, I’m kind of getting old for the military now and if I’m ever going to do it it was probably the time to do it.”

At 25, has traded in his black bushy hair for a crew cut, and this August graduated with honors from Officer Candidate School with the U.S. Marines.

“When you get there you immediately say ‘Oh my God, why did I do this?’ Schlottman said. “Anyone who has been any type of military training understands the transition from regular civilian life to where you have so many freedoms and then you go into this little bubble and being yelled at what to do every second of the day and you have no freedom at all. It’s a weird adjustment, especially for me coming from playing professional golf and pretty much being my own boss. But it’s the best decision I’ve ever made.”