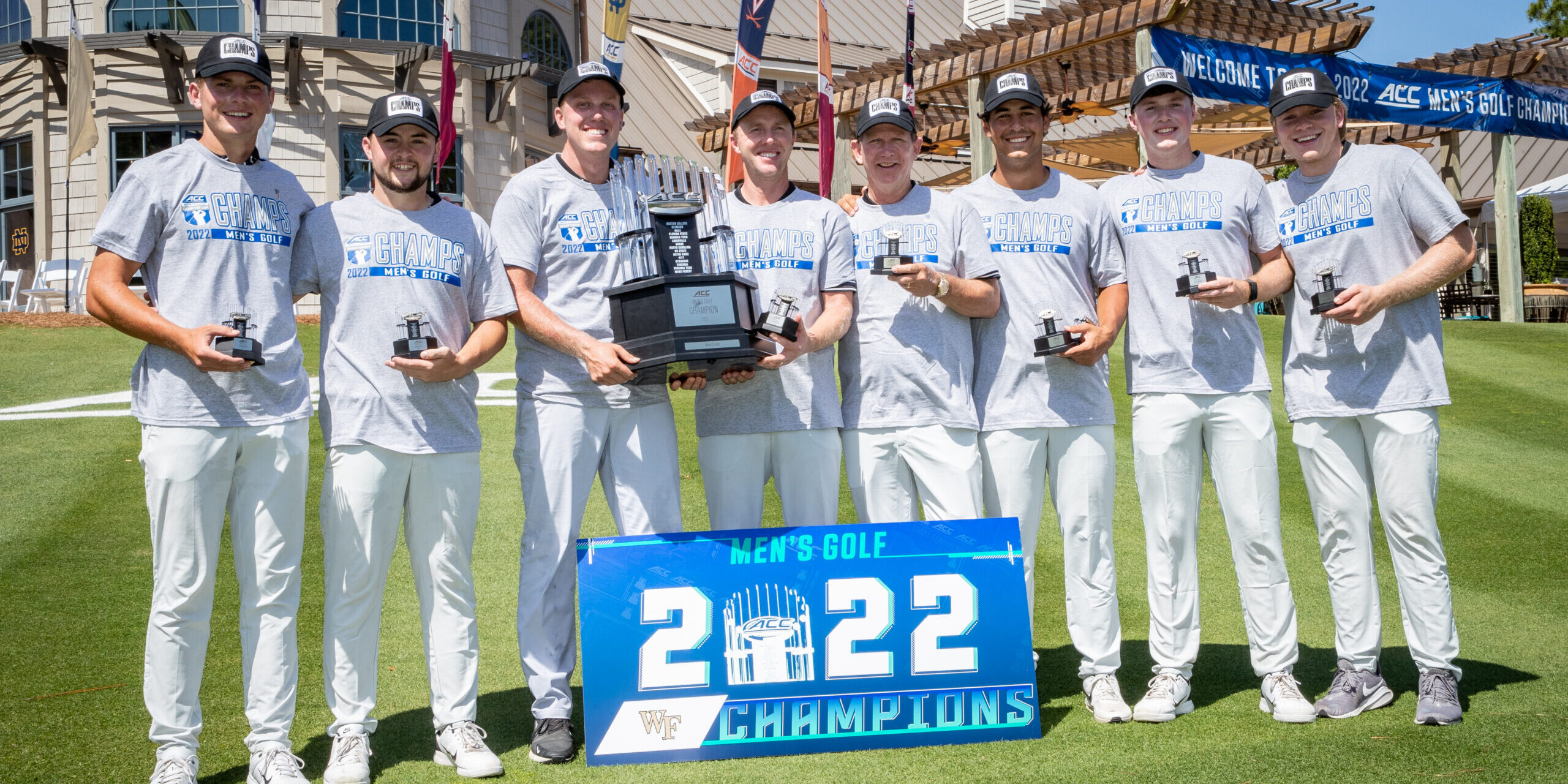 By the narrowest of margins, Wake Forest finally has an Atlantic Coast Conference championship for long-time coach Jerry Haas.

It was Wake Forest’s 19th ACC title – most for any program in the league – but the first for Haas, who took over the program in 1997. There have been numerous close calls during his tenure and finally it turned out Wake Forest’s way.

First, the Demon Deacons narrowly survived the stroke-play part of the event, which required a top-four finish among the 12 teams to advance to match play. North Carolina took the top spot with 829, Georgia Tech shot 838, Florida State 845 and Wake Forest 847. It took birdies on the final two holes by sophomore Michael Brennan to get the Demon Deacons past Notre Dame by a single shot.

In the semifinals, Wake Forest defeated North Carolina 3-1-1 while Georgia Tech got past Florida State by the same margin.

In the championship match, played April 25 in Panama City, Fla., Wake Forest needed extra holes to capture a 3-2 victory. Senior Parker Gilliam and Brennan won their matches and it was 2-2 with only senior Alex Fitzpatrick left on the course.

Fitzpatrick was involved in a tight match with Georgia Tech freshman Benjamin Reuter until he prevailed with a par on the third extra hole. He never trailed in the match but never led by more than 2-up. Reuter got even with a birdie on the 17th hole and both players had a par on the 18th and then the first two playoff holes. Reuter ran into trouble on the 21st hole and ended up conceding a par to Fitzpatrick.

Added Fitzpatrick: “Just shivers down my spine, goose bumps, the excitement, knowing that my whole team, the coaches, the support was just amazing. I couldn’t be happier to get it done for Wake Forest.”

The Demon Deacons will now move on to the NCAA Regionals, which will be played May 16-18.

Despite outstanding efforts by grad student Nick Lyerly of Salisbury and junior Noah Connor of Reidsville, UNCG settled for a distant second to East Tennessee State in the Southern Conference Championship played April 22-24 at Reynolds Lake Oconee in Greensboro, Ga.

The Spartans also got solid contributions from Tommy Lamb, Simon Balbin and Randall Hudson (all in the top-18 of the 40-player field) but they were no match for ETSU, which had all five players in the top seven. The Bucs set a 54-hole tournament record 825 (-39) and won by 19 strokes over UNCG.

Redshirt sophomore Remi Chartier of Canada was medalist for ETSU, ending eight shots ahead of Lyerly with an 18-under blitz, highlighted by a second-round 63.

“The guys did great and had a very good tournament,” said UNCG coach Terrance Stewart. “ETSU played phenomenal. We went 20-2 against the conference this year and 1-2 against ETSU.”

East Tennessee earned an automatic bid to the NCAA Regionals May 16-18. UNCG’s Lyerly will receive an invitation to participate as an individual.