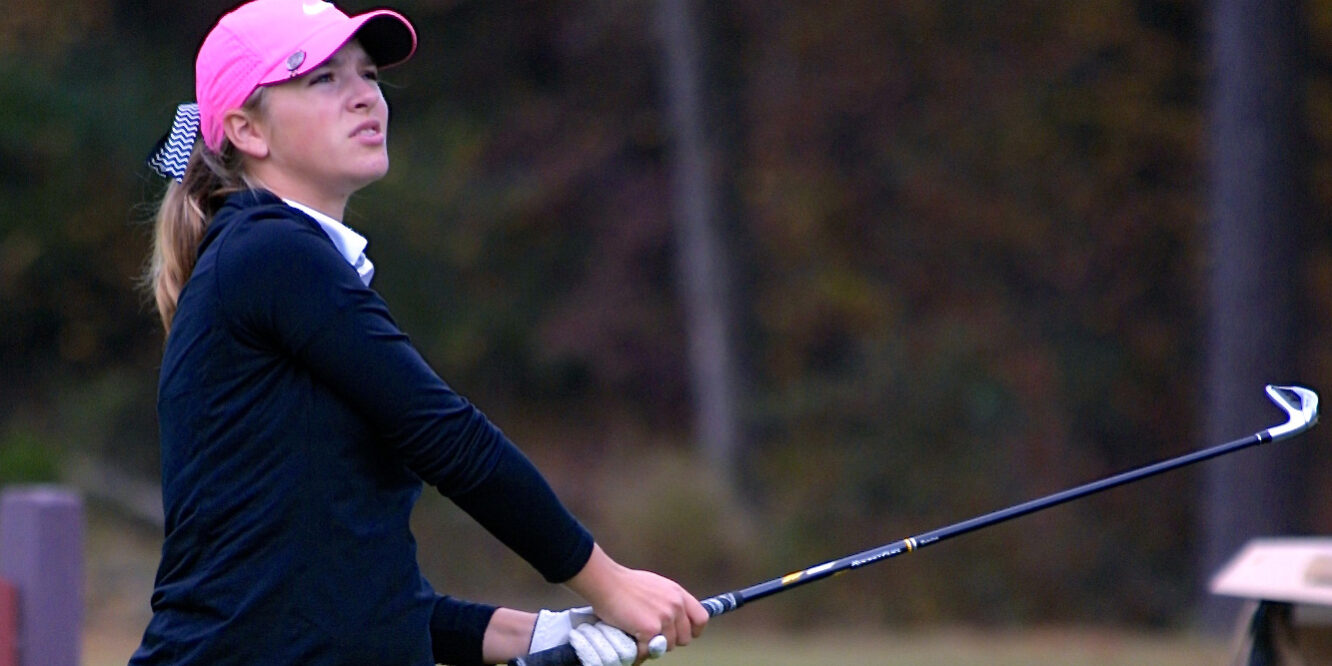 The thought of winning a state championship in women’s golf wasn’t even in the wildest dreams for Rockingham County High School for the better part of the school’s four decades.

In fact, the Cougars barely managed to put together a team and had qualified just once for regional play.

But a couple years ago when veteran coach Mike Williams noticed there were two 8th graders doing well on the junior golf circuit, so he figured a new era of success could be in the cards.

“I knew after their first practice as freshmen that this may be the team that would bring our school a state championship,” Williams said after Rockingham rallied from a 5-shot first-day deficit to capture the 3-A championship by six shots on two cool, damp days at Foxfire Resort’s Red Fox Course in late October.

“We all really wanted to win it and we were all willing to commit to it,” said Joy, who finished sixth with 76-79. “It was exciting to see how much all the hard work we put into it really made a difference.”

There were several outstanding individuals in the 3-A field but no team had the depth of Rockingham. Chapel Hill High sophomore Gina Kim, the state’s No. 1 ranked player who has verbally committed to play at Duke, won the individual championship with 68-71. Kim, who competed as an individual qualifier, ended six shots ahead of two-time defending champion Siranon Shoomee of Lee County. Shoomee, a senior, will play at East Carolina next fall.

Rockingham dug out of its first-round hole with a superb front-nine score of 118, turning the five-shot deficit into a 14-shot lead over Terry Sanford, a team they were paired with both days.

“That 118 was the best nine we played all year when you consider the length that Foxfire was being played,” Williams said, noting that the Cougars posted a season-low 114 during the season at much shorter yardage and in better weather. “Evin had the best competitive nine holes of her life at that yardage.”

The back nine wasn’t as kind to the Cougars but the cushion had been established.

“We struggled coming in a little bit but we kept our composure,” Williams said. “It’s tough when you’ve got three sophomores and they’re trying to win a state championship. When they got on the back nine and realized they were beating the team they needed to beat, pressure steps in a little bit. It’s different playing in a team event than it is an individual event.”

Williams said the Cougars’ one-two punch of Joy and John is tough for other teams to overcome.

“They switched between No. 1 and 2 all year long,” Williams said. “Olivia and Hailey are two of the best sophomores in the state and that’s tough for opposing teams.”

Williams, who has headed up the girls program for seven years, admitted that a ruling allowing defending 3-A champ Raleigh Cardinal Gibbons to move up to the 4-A class before the four-year realignment period ended was huge.

“Cardinal Gibbons (which won 4-A) is strong,” he said. “That really opened the door wide open for us. But I think we can compete with anybody.”

Rockingham faced off against Greensboro Page, the team that finished third in 4-A, three times this fall and won twice. A 116-126 loss to Page was the only blemish on the RCHS record. The Cougars won the Mid-State 3-A Conference for the second straight year and followed with first place in the Central Regional, played on their home course at Greensboro National, by 12 shots over Northern Guilford.

Home course is an understatement. John and Flinchum both live in the Greensboro National development and Joy is just one mile away.

“Hats off to them on how hard they work,” Williams said. “They make my job as a coach so easy. All of this could not have been accomplished without support from parents, their swing and short game coaches and tremendous sacrifice on their part.”

Rockingham County High School opened in 1977 and this was only the second state team title in school history, joining the 1996 baseball team.

“We weren’t sure anybody would support us as much as they did because we always hear that golf isn’t a sport kind of thing,” Joy said. “But when we got there (the day after winning), there was a huge banner in the school. We got so many congratulations from everybody.”