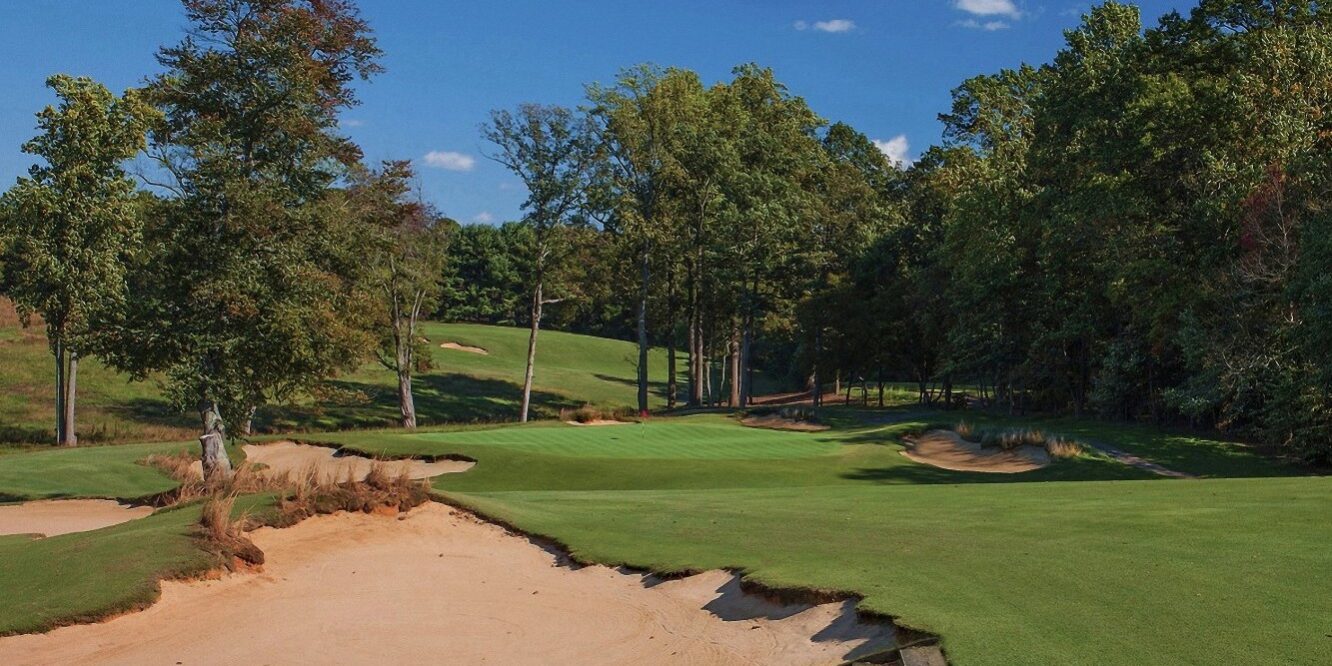 McConnell Golf recently held its annual executive meeting in which administrators from the company’s growing stable of clubs made a variety of presentations to the group covering numerous club-related topics.

Michael Shoun, the director of agronomy, titled his presentation, “The Year of Extremes.”

Golf course superintendents like Shoun are the caretakers of hundreds of acres of land — including everything from turf grass to irrigation to trees to electricity to the flowers around the clubhouse. They tend to be on-call 24 hours a day, while budget concerns mean they often have to do more with less.

As challenging as their jobs typically are, for Shoun and his colleagues, 2015 was about as turbulent as they come.

Most notoriously, February 2015 was the coldest month in history for every reporting weather station in North Carolina. The week of February 15-21 went down as one of the state’s coldest periods on recorded history, and during that same time period Greensboro set two record lows and two record-low, maximum highs. That was followed by the coldest spring on record dating back 129 years.

What resulted was the most devastating winterkill on bermudagrass around parts of the Carolinas in more than three decades. Winterkill struck numerous courses throughout the Triad and along the I-40 corridor from Winston-Salem to Raleigh, and further east to Myrtle Beach in South Carolina. While the amount of damage varied from location to location, it was most severe in the Greensboro, High Point and Raleigh areas.

“The challenge with the winterkill is that nobody expects it, so it is not budgeted for,” said Tim Kreger, executive director of the 1,800-member Carolinas Golf Course Superintendents Association. “You have to replace a lot of grass, which is a big expense to golf courses all year last spring. They were spending money trying to make up rounds.”

For example, Greensboro’s Bryan Park Golf Course lost about 30 acres of turf across its two 18-hole layouts. In total, about 50 acres across five of the McConnell Golf clubs were affected — including Sedgefield Country Club’s two courses — the Ross, host of the PGA Tour’s Wyndham Championship and the Dye Course — which eventually cost the company close to a $500,000 in repairs.

At Greensboro Country Club, director of golf and grounds maintenance Doug Lowe had to sprig 12 acres and sod another seven acres across the club’s two golf courses. “We lost about 20 acres of grass overall,” Lowe said. “We spent a couple of hundred thousand dollars putting everything back together.”

Lowe and other superintendents said they curtailed numerous non-essential regular treatments — things like mulching and top-dressing. “We just said, ‘Not this year. We’re going to work on getting the golf course back together,’” Lowe said.

“(At Greensboro CC) we have a big enough budget where I was able to cut back on some expenses last year,” he said. “We didn’t do a lot of things we normally do. I think the net effect, our budget only ended up about $60,000 over.”

“There’s a fundamental difference between being in repair mode versus grooming mode,” says O’Neil Crouch, the superintendent of Old Town Club, a Perry Maxwell design in Winston-Salem that was restored in 2013 to national acclaim by the design duo of Bill Coore & Ben Crenshaw. “Even though winterkill damages occurred last year, the repercussions will likely be felt for the next few years because of deferred maintenance.”

Then, following 2015’s brutal winter came the most humid summer on record in North Carolina. The month of June brought a record 12 days of more than 95 degrees, and one week alone saw a record of five consecutive days of high temperatures more than 100 degrees. And who can forget last year’s “White Christmas” — where Christmas Eve and Christmas Day broke all-time record highs, wrapping up the warmest December of all time across the Carolinas.

Not to be outdone, 2015 was also among the wettest years in the area’s recorded history, raining 163 out of 365 days around the state — 26 more than Seattle — including a record 12 consecutive rain days.

The “Thousand-Year Floods” in South Carolina went down as among the most prolific weather events in modern history, at one point topped by a record single-day rainfall of 15 inches.

“It was one of the toughest years we’ve had (in the 13 years) since McConnell Golf has been a company.”

“We haven’t seen winterkill like this since 1994,” echoed Crouch. “Even before 1994, the year 1977 proved to be devastating, and courses throughout the state, even as far south as Gastonia, lost their bermudagrass turf. We sure hope it continues to be a generational occurrence, because it is no fun for anyone.”

“I’ve been in the business for a while,” Lowe said. “It was the worst I’ve seen in 20 years. It was definitely abnormal. I remember back in 1994, I lost about 30 acres of golf to winterkill. It’s not completely abnormal for it to happen, but thank god it doesn’t happen with closer frequency.”

So how is 2016 shaping up for superintendents and golf courses around the Triad?

“That is still an unknown,” said Crouch. “Everyone will be in a better position to determine if they’ve had additional damage as their turf starts coming out of dormancy in April.”

Shoun said thus far things look promising — but agreed that the jury is still out.

“You ask me if we had any winter damage this year I would say I’m 99 percent sure no, but there’s that one percent — I’m not 100 percent sure,” he said.

Shoun said the “Catch 22” is that new sod is always the most susceptible to winterkill. “The areas that we sodded were the areas that were winterkilled last year, which were still in a negative environment for some reason, either a shady area or an extremely wet area or a northern facing slope,” he said. “Once you make it through that first winter, normally the turf is established enough that you’re OK. So you’re always worried when you put down sod that you make it through that first winter.”

To assess if damage has occurred, superintendents take samples from turf areas and move them to a warm, sunny area to see if the turf greens up. If there is no green-up within a couple of weeks, the turf was killed.

“Most everybody fared pretty well,” Shoun added. “Once they were able to get their sods or their sprigs down I think everybody was able to recover. It definitely was a setback — and an expensive setback at that — but I think with the weather we’re having now … I think we’re set up to have a fantastic year.