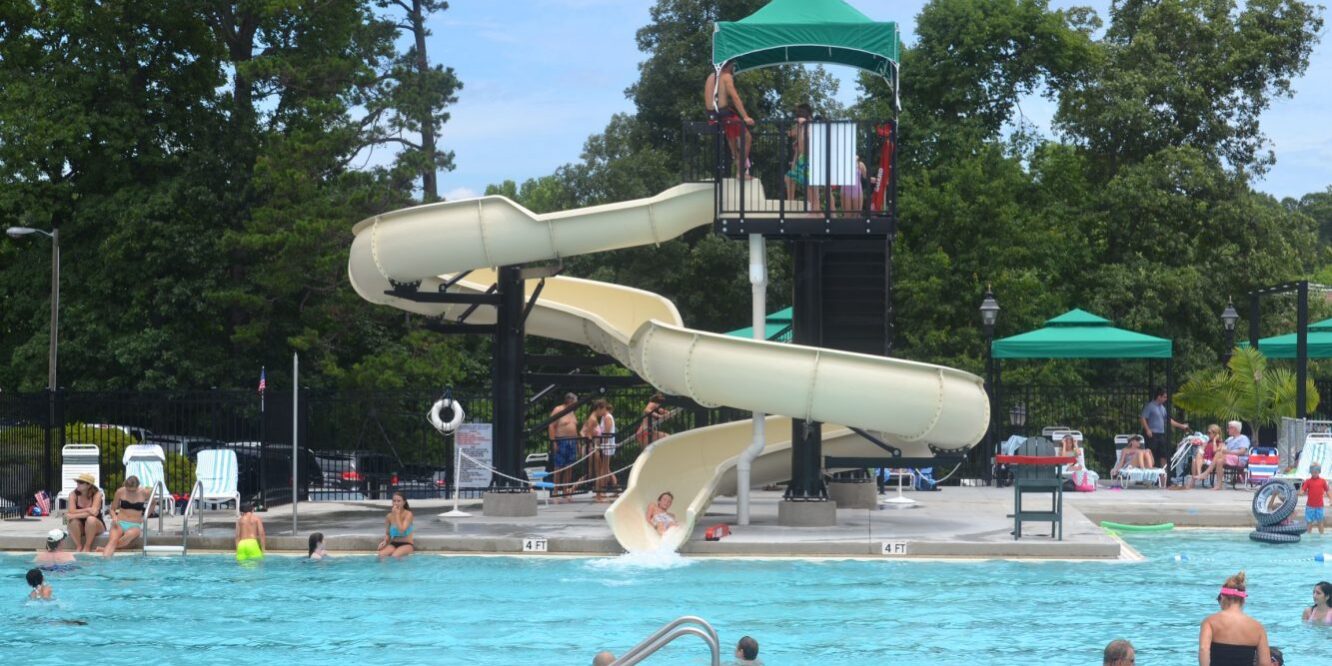 Growing up in the Hamilton Lakes section of Greensboro and learning the game from his father as a youngster at Starmount Forest Country Club it was probably a foregone conclusion Rick Barakat would join the private club when he returned to work in the Triad area after living in Charlotte and Virginia.

After all, Barakat is an avid golfer and self-proclaimed putting nut, so the historic 1930 layout — with its treacherous and slick greens as the course’s main defense – was right up his ally.

Barakat came back to the heart of North Carolina not as a single 41-year-old golfer, but with a wife and two young daughters. There were new schools to be navigated and few friends left from his high school days. Rick, his wife Alison, and the two girls were basically starting fresh.

And while golf is important to Barakat, so is his family.

“Based on my upbringing my family knew I had an affinity for Starmount Forest, but I did look around, we didn’t have a blind eye to everywhere else,” Barakat said. “They definitely had a say. My wife is from Greensboro and I wanted my kids to buy in and be excited. That was kind of part of the exercise in looking around. My kids very much had a voice and they quickly assimilated to Starmount with the overall look and feel. They did participate in the process and they were all in, and my family is now a big user of the club.”

Barakat has been a member for four years, two of which have come as part of a Starmount Forest board of directors’ team that oversaw major projects to the club to the tune of $3.6 million. There is a new resort-style pool — with a water slide and adult section that includes a waterfall — additions to the already spectacular tennis facility that increases the number of courts to 10, a more casual dining experience in the 60-year-old clubhouse, an expanded brick back patio overlooking the 10th tee box … and on and on.

A major assessment took place that resulted in a major shakeup of the club’s membership portfolio.

“Like all other private clubs in the world after 2008 we had a lot of challenges,” said Starmount Forest club president Paul Powell. “Most private clubs had to figure out what to do. Quite a number of them sold; others closed. The statistics are pretty dramatic around the country of those that had to close. We fought our way through it. We cut expenses, cut back on things we offered and did everything we could to make sure that we were financially able to move forward. And the board felt really strongly that we needed to look at something else; we needed to look at improvements, we needed to look to grow the club.”

Most of the so-called “new guard” was on board. Others, the so-called “old guard” didn’t necessarily unilaterally support such a progressive “family-style” club vision.

“I think the board had great foresight and the ability to kind of get above the fray and evaluate things from a 30,000 foot level,” Barakat said. “Some of our folks were very golf centric and didn’t see the need for those other things, so that segment of the membership dropped out. What happened as a result of that is we replaced those folks and then some with more active, engaged members; typically younger, that probably have more runway in front of them as members, and have spouses and kids and future members connected to them.”

“We felt very strongly that we were on the road to one of those two other options that a lot of clubs had to face – either selling the club or heaven forbid having to close,” added Powell. “Financially, you just can’t keep putting things on the back of existing members without growth. We felt we had to grow.”

After an initial dip in membership that was somewhat a shock to the system, Starmount Forest is now making major headway with a membership fold of 550 strong —  330 golf members and 220 social.

The club actually began its “family focus” movement in 2008 when with opening of the indoor tennis and fitness building, which is a combined 29,900-square-foot facility.

“We’re not just selling to that classic person anymore, but that classic person still does exist,” Hirschman said. “One of the things we did in January and February when I came on board was try a social media advertising campaign. It was just a small thing to roll out to target certain demographics to say ‘here we are and give us a call.’ The number of inquiries went through the roof. It was 64 year-old men and 33-year-old moms. It was all across the board. That older guy that wants the golf course is still out there, but it is a little bit of everything now – it is the tennis mom, it is the young couple that hasn’t had a kid yet that wants the dining experience and then play golf on the weekends.”

And it is Barakat and his family, whose wife Alison plays tons of tennis and the two girls who will hanging at the pool with their Starmount friends most of the summer months.

“You know our golf course kind of stands on its own,” Barakat said. “Those of us on the board took the ‘if it ain’t broke’ mentality about the golf course when we all were talking about renovations to the club. But we saw the pool and the pool facilities as a real draw to the club and a gateway to the club. We really wanted to enhance and amplify the social membership with more amenities and services. So the recent renovation was focused specifically on that. Sure, we wanted to grow all of the membership, but we were focusing on social memberships. We do see that as the initial lure into the club.

“A lot of our members use the full spectrum of the benefits,” he added. “Our membership has kind of cycled through because of the renovation and the folks who weren’t on board. It has 100 percent panned out. We went through some tough times, but to me the proof is in the pudding, the market has responded.”

So has the Barakat clan.

“My wife and I sometimes look at each other and say, ‘Where would we be without the club?’” Barakat said.