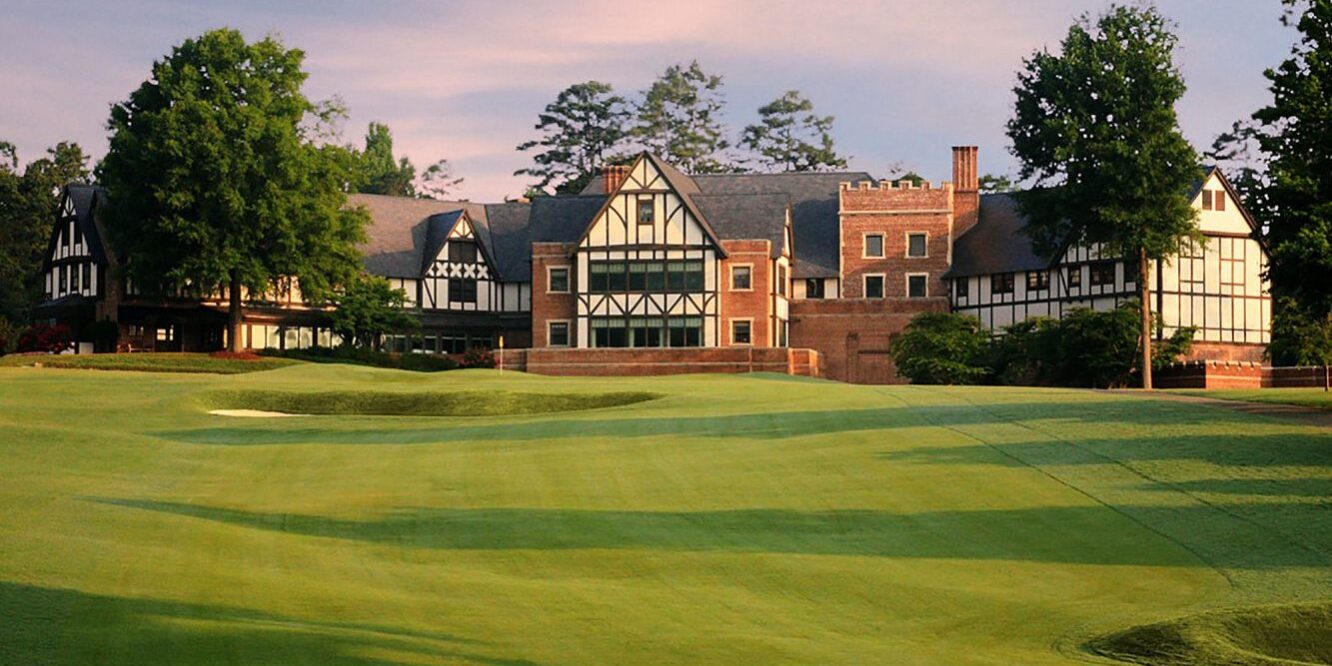 Private clubs around the Triad and the throughout the country have felt the pinch from on-going economic turmoil and uncertainty. Membership rosters have shrunk considerably. The majority of private clubs has fewer members today than a decade ago.

A challenging economy, along with fierce competition and changing lifestyles have made attracting and retaining members increasingly difficult. As social institutions operating in the lifestyle industry, private clubs require facilities and programs suited to the times. For private clubs to stay relevant and viable, owners and decision-makers have found they must remain responsive to ongoing shifts in attitudes and lifestyle preferences — or they inevitably pay the price.

Today, country clubs must not only provide an excellent golf experience, but also must offer a wide variety of activities and services away from the course. To meet the needs of the changing demographic, many private clubs around the Triad have begun focusing on the family.

Brad Ellinger, general manager at Burlington’s Alamance Country Club for the past 15 years, said that often today it is the wife, not the husband, who makes the decision as to whether or not a family joins a club or retains their membership. As a result, Alamance CC actively promotes new social events, children’s sport camps, kid’s culinary and craft camps and an active swim program to go along with the club’s signature Donald Ross-designed golf course.

“In today’s society,” Ellinger said, “you must create services that cater to members’ wide ranging interests for the entire family.”

Alamance CC added an expanded tennis and fitness facility about a decade ago and has recently started offering group classes such as cycling, cardio-core, cardio-dance and Pilates, along with personal trainers and a massage therapy program. They are also moving forward with a clubhouse repair and renovation project, with work expected to take place next year.

“With a diverse membership, we have different opinions,” Ellinger said. “Some members like formal dining and others prefer the more family-friendly options like the Family Night Buffet held every Wednesday. But everyone seems to enjoy dining in the casual and comfortable Ross Grill atmosphere. Being financially sound allows us to offer special events and benefits such as the Jazz Nights, Senior Starlight Socials, and Couples Night Out with Child Care Services.

Winston-Salem’s Forsyth Country Club, one of the state’s largest and most well-funded private enclaves, spent a total of $7.4 million on a multiyear project in which FCC added casual dining and pub improvements, along with a new pool house and a fitness center.

The 102-year-old country club now boasts a two-level, 18,000-square-foot wellness and fitness center with state-of-the-art equipment, which general manager Lee Smith says makes FCC feel more like a resort than a traditional country club. In an earlier portion of the project, FCC allocated more than $2 million toward enhancements to its main dining area, including a 135-seat patio with views out over the Donald Ross-designed golf course.

Nearby, Old Town Club is fostering its legacy of elegance and intimacy by adding expertly curated programs designed to increase the lifestyle and family-oriented offerings that are currently available to members. The biggest splash at Old Town is the construction of an 8,000-square-foot building that will house a state-of-the-art fitness center, studio for group classes, men’s and women’s locker rooms and new lobby. The membership is equally excited about the 2,500-square-foot pool deck expansion and outdoor area that will offer ample space for families and their guests.

“As we continue to welcome young families into Old Town Club we are noting an increase in the demand for more lifestyle and family-oriented offerings,” said Old Town board member Jason Zaks. “Our members want to spend more of their time at the club, and we are dedicated to making that a reality. Fitness is a way of life for many Old Town families, and we are eager to expand upon the high-level experience that our members have come to know. We are thrilled about what is to come at Old Town Club.”

Old Town is also preparing to embark on a complete renovation of the casual dining facilities that will include a new bar, new private wine room, larger patio, and a children’s room. Old Town is working with renowned designers Jane Schwab and Patrick Lewis Interiors on the dining facilities. Construction is almost complete on the new front entrance porte-cochere.

But Old Town Club’s improvements are not limited to health, fitness and dining. As Old Town’s membership has grown to include more young families, they have also tackled the need for more programs geared towards children. “We have more than 300 children under the age of 15, and our members have made it clear that they want to spend more of their family time at the club,” said Jeana McLean, Old Town’s director of event planning. “We are increasing our child-focused programs to allow members to not only take advantage of many of the club’s new amenities, but also spend more time as a family.”

Food and beverage operations, along with social events, regularly rate as the most important club activities. Yet, while an emphasis on dining steadily increased among club members, until recently the satisfaction gap was failing to narrow. Offering food popular among discerning members of all ages is no easy task, and building loyalty is the key to keeping members coming back. Forced to compete with local restaurants on everything from food quality to service to atmosphere, clubs must serve up cuisine that is tasty, versatile and capably served — ideally in both an indoor and outdoors setting.

Across town at Greensboro’s Sedgefield Country Club, host of the PGA Tour’s Wyndham Championship, the recent focus has been on family access to all club facilities and the value that is added to membership with the addition of amenities outside of golf. “One of the newest things we are doing is our Chef’s Table Cooking Class,” said Chad Flowers, the Triad membership director for McConnell Golf, which owns Sedgefield CC, along with 11 other private clubs around the Southeast.

“Members sign up to participate and join the chef in the kitchen — with a glass or two of wine, of course — and participate in the creation of a meal and then everyone gets to enjoy what the group created,” Flowers said. “It is a very hands-on and intimate experience in the kitchen. We’ve only been doing the cooking classes for a few months, but they’ve been very popular.”

Sedgefield CC also had a recent “Opus One Wine Dinner” that Flowers described as “a pretty big deal,” where members were able to also order bottles of Opus One from the 2005 and 2009 vintage following the event — rare bottles of wine that most people are unable to order without a paying a huge premium.

“Some of (Sedgefield’s) more popular family events revolve around holidays,” Flowers said. “We always have golf tournaments and cookouts at the pool and combine the two as best as possible. The family will be at the pool while dad — and sometimes mom — play golf in the morning, and then the family meets for lunch and an afternoon of fun and games at the pool. It’s a great way for the family to spend the day at the club together while everyone also gets to enjoy what they love best about the club.”

Attracting a broader demographic of prospective members was the chief driving factor that prompted Winston-Salem’s Pine Brook Golf Club to change its name to Maple Chase Golf and Country Club after the club underwent an ownership change in March 2014. “We knew we were known as a golf course,” said Maple Chase GM Mark Slawter. “We wanted to be known as more than a golf club.”

In late 2013, Maple Chase began overhauling its 12,000-square-foot clubhouse and golf facilities. A renovated ballroom, dining room and bar debuted the following spring. The dining room and bar, which include a beautiful outdoor patio with fireplace, were named the “Pine Brook Grill” as a nod to the former club and its history. A new fitness center is housed in the renovated clubhouse, and Maple Chase recently partnered with a local fitness company to provide personal training and nutritional classes, as well as massage therapy and other member offerings.

In addition, Maple Chase has added music on the patio and converted its card room into a recreational room with a pool table and dartboard. Slawter said the club has enjoyed success with social events such as trivia contests, themed parties, cooking classes, floral arrangement gatherings, wine tastings, family putting contests and live music on the patio — and of course, a greatly expanded offering of kids games and activities at the swimming pool. “Anything that we think will bring people back out, we’ll give it a try,” he said. “It’s a lot of trial and error, frankly.”

Slawter — a three-time, All ACC performer at N.C. State who won the 1994 North South Amateur and later competed in the 1999 U.S. Open at Pinehurst No. 2 and the 2000 U.S. Open at Pebble Beach — said despite the fact that his club has been renowned for its Ellis Maples-designed golf course since the day it opened in 1955, Maple Chase also had to keep up with the times. “We know our golf course is going to be our main amenity, but we’ve looked at a bunch of other amenities and social events and activities to help attract people,” he said.

The changes have had a positive effect. Since the new ownership, Maple Chase has steadily grown its membership, essentially doubling the roster from 170 members to 325. “I think the renovations were probably the key thing to drive that,” Slawter said. “We got a lot of past members back. People saw what we were doing and wanted to jump back in.”