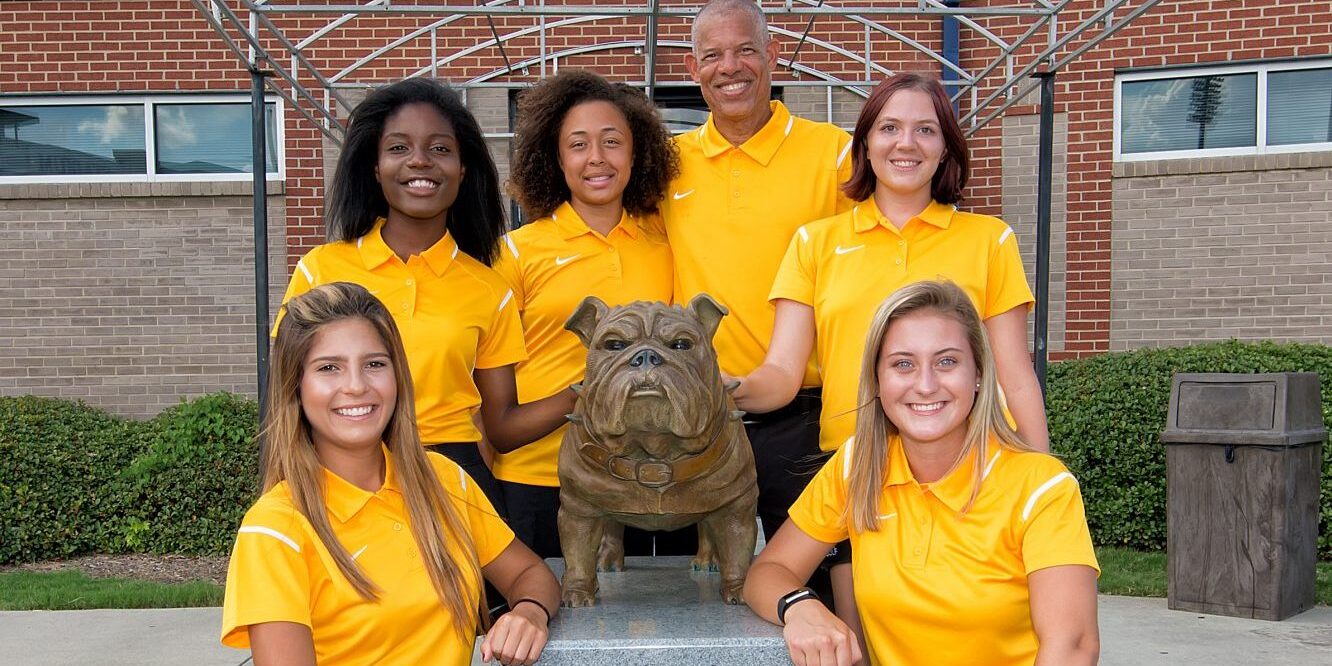 History is in the works at North Carolina A&T, where a golf team representing the Greensboro-based university will be teeing it up this fall.

That’s something that’s never happened in the school’s 125-year history.

“Do we expect to be competitive? Absolutely.”

Watkins said there have been efforts to form golf teams at A&T for both men and women since the 1970s. But he said it took a push by athletic director Earl Hilton and members of his staff to finally turn the dream to reality.

Golfers on the women’s team will be playing this fall. A men’s team is in the process of being created and will begin competition next year. Watkins will coach both teams.

The 62-year-old Watkins is a longtime coach and employee of A&T, having worked for the school since 1992. He’s a graduate of High Point College and played on the golf team while in school there.

After graduating, he worked at High Point’s Oak Hollow Golf Course, then at Nashboro Village, a golf course in Nashville, Tenn., before moving to Tyler, Texas, where he was coach of the baseball team at Texas College for 13 years.

Watkins took over a team that hadn’t won 10 games in three years prior to his arrival. He led Texas College to 10 wins his first season and the team only continued to improve from there, winning conference and district championships before Watkins left.

He came back to Greensboro and A&T in the early 1990s where he coached the baseball team for three seasons. He has since worked primarily as an advisor for the school’s student-athletes.

Watkins said the difference between what he’s facing at A&T and what he experienced at Texas College is that a team in Texas had been in place prior to his arrival. At A&T, he’s building from scratch.

Regardless, Watkins said that when he was interviewing with the athletic director for the job of golf coach, he was told by Hilton the school expected immediate results.

“He expects us to win tomorrow,” Watkins said. “We expect to deliver.”

Watkins said one of the things that most excites him about the first season of golf at A&T is the courses where the Aggies will be playing. The primary course will be at Bryan Park and the Aggies will also be playing at Forest Oaks Country Club.

“We had to have quality venues,” Watkins said. “Once we got that, then we were well on our way.”

He said he’s equally excited about the quality golfers he has signed to lead the inaugural team. Early scholarship signees include three freshmen and two junior college transfers.

Deja Smith is one of the freshmen who will be playing for the Aggies this fall. She attended Mansfield Summit High School in Arlington, Texas.

Smith’s father, Mike, graduated from A&T in the late ’80s. She said it had long been a dream of hers to follow in her father’s footsteps by being an Aggie. But she was determined to play golf in college and didn’t think it’d be possible to do that at A&T until she learned the Aggies would be fielding a team this year.

“It was a little scary at first,” Smith said of realizing she was going to be a member of A&T’s first-ever golf team. “Then I realized I’d just have to embrace the challenge and tackle it head-on.”

Jill Harvison is a native of Mesa, Ariz., and played junior college golf for Mesa Community College. She placed well in both conference and national tournaments and was elated when Watkins contacted her about the possibility of playing for A&T.

Harvison visited the area earlier this year, touring both the campus, along with Bryan Park and Forest Oaks.

“I knew instantly I wanted to come to A&T,” Harvison said. “I felt like I was going to be part of something that was really going to be amazing.”

Sofia Alvarez is a native of Maracaibo, Venezuela, and played junior college golf at Western Texas Community College. She said that after going from Venezuela to Texas, the idea of moving to Greensboro seems like a breeze.

“I’ve been to new places before,” Alvarez said. “I’m going to be around nice teammates and a nice coach. I just want to represent the school well.”

Another of the school’s golfers this fall will be Erica Jackson, a recent graduate of Jones College Prep in Chicago. Watkins said not only was Jackson the No. 1 player on her high school team, she was also captured its most valuable player award.

Watkins said word of A&T’s introduction into collegiate golf is spreading rapidly. He said he received two emails the other day from rising high school seniors who expressed an interest in playing for the Aggies.

“To be honest, I got very lucky,” Watkins said of the fact that much of recruiting has been by word of mouth, with numerous individuals helping him get in touch with golfers who might be an asset to his team.

He said he’s been allotted six scholarships. Since he doesn’t plan to use them all this year, that leaves open the possibility of bringing in more skilled golfers next year to make sure the program continues building in the right direction.

The Aggies’ first tournament will be Sept. 12-13 in Kentucky in the Murray State Invitational. On Oct. 3-4, A&T will be playing in the UNCG Starmount Invitational at Starmount Country Club in Greensboro.

A total of eight tournaments are included on the Aggies’ first-year schedule and Watkins said the number may grow before A&T competes in the MEAC Invitational in Savannah, Ga., next spring.

“People say, ‘How do you expect to do well your first year?’”  Watkins said. “Around here, that’s just a number. All the golfers playing for us, they’ve got a competitive history. They feel like I feel, let’s go compete.”