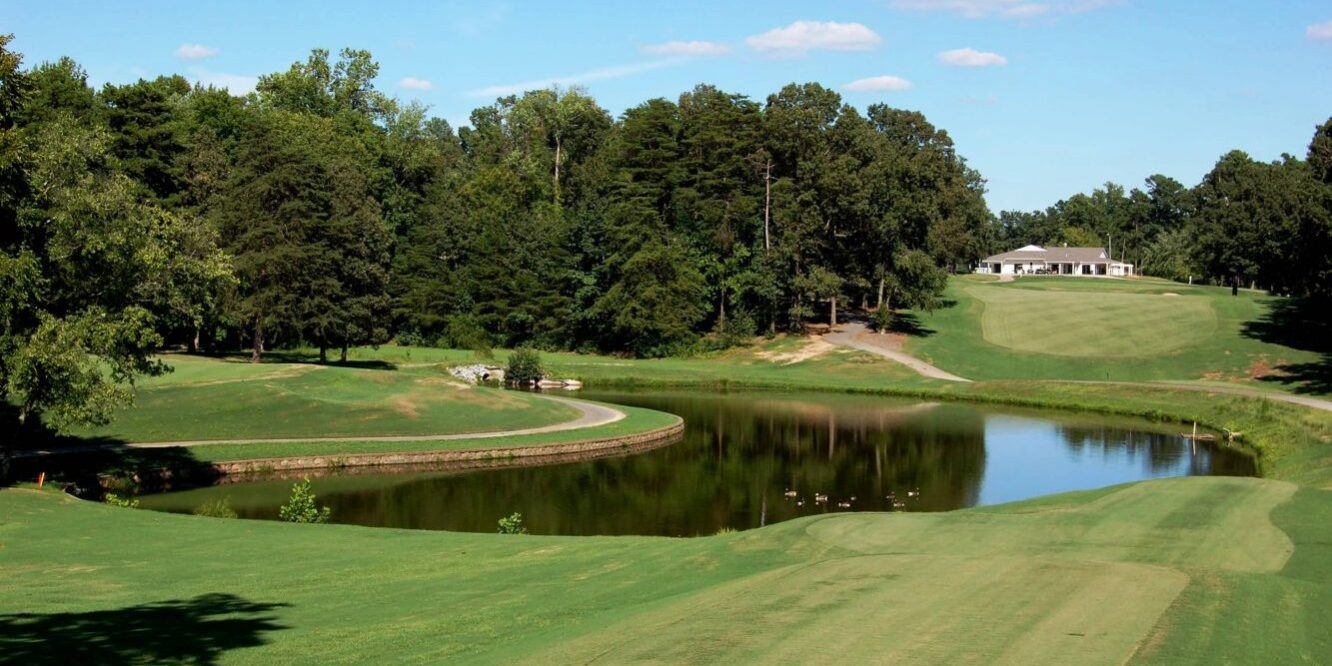 Folks have continued to trickle in to Jamestown Park Golf Course throughout the summer, eager to bend the ear of head golf professional Ross Sanderlin about the long overdue and highly anticipated changes impacting one of the Triad’s favorite municipal courses.

“With the new clubhouse renovations and the new greens, those two items in themselves make it exciting,” Sanderlin said. “The consensus with the regular players out here is they’re very excited as well.”

Jamestown Park closed May 2 to improve a clubhouse and greens that hadn’t been updated since the course opened in 1974. Officials with the town of Jamestown spent the last few years sorting out the details for this summer’s undertaking, and the big reveal is close at hand: The course will celebrate a soft opening for local businesses, vendors and members of various community organizations on Friday, Sept. 2, then resume normal tee times at 8 a.m. Saturday for what figures to be a busy Labor Day weekend. An open house also will be held from 2 to 5 p.m. in the clubhouse Sept. 3.

“Nothing really had changed since it was built,” Sanderlin said. “It was time for an upgrade, not just on the facility but on the golf course.”

The item golfers will notice is the bigger clubhouse, which will offer a café rather than simply a golf grill. Along with the fully stocked golf pro shop will be a large event space where city residents can celebrate special occasions.

Sanderlin got to move into his new digs in early August after spending seven months in a trailer. During the remodel, the course’s driving range remained open and Sanderlin was able to still offer private lessons: “It was nice to get moved into the new clubhouse,” he said.

After golfers pay for their rounds in the golf shop – the course’s budget-friendly prices will remain the same as before the remodel – they’ll quickly notice the biggest change to Jamestown Park.

All 18 greens were reshaped, and the old Penncross bentgrass putting surfaces were replaced with TifEagle bermudagrass. Course superintendent John Crowe said Jamestown would have struggled maintaining its greens this hot summer with the cool-weather bentgrass. The TifEagle, on the other hand, “is tried and true,” and he liked what he saw of the greens in action at Sanford Country Club and Trump National Golf Club in Mooresville. The bermudagrass needs to be covered during extreme cold, but is “a better surface year-round,” Crowe said.

In remodeling the greens, several of Jamestown Park’s least-friendly holes got completely new looks with flatter surfaces that allow for easier putting and more pin placements. The third hole was the most severely sloped – seven degrees from left-to-right – and now is a manageable one degree. The par-3 fourth and eighth holes went from back-to-front severe slopes to two-tiered looks. At No. 11, removing the front-to-back and left-to-right slope has opened a new world of pin placements.

Crowe said the third green was a topic of conversation from the start: “If we don’t fix this green, we’re going to fail,” he said of the long par-4 that was the No. 1 handicap hole on the course. “I think we lost play because some of these greens were unplayable if I got the speed up.”

The process proved fascinating to Crowe, who has been at Jamestown for three years. Architect Lester George, builder Jeffrey Stein of Shapemasters and 900 tons of greens mix did the trick.

“I don’t know if I could have picked a better team to work with when doing this,” Crowe said. “Everybody was on the same page. It was neat to stand back and watch those guys work. We didn’t make every green flat, but everything got a subtle break. People are going to enjoy putting on them because they’re going to be fair.”

Crowe, who joked that his job is to watch grass grow, did plenty of work with his team of six full-time and two part-time groundskeepers before and after the greens were built. The greens were sprigged in quick time thanks to the hot, dry weather all summer. While the greens grew in, other areas of the course were addressed, with new sod going down along the collars and leftover sod going in the fairways to address lingering effects of winterkill from two years ago.

“I’ve called it my ‘no-dirt campaign,’” Crowe said with a laugh. “I told my guys I don’t want to see any dirt from tee-to-green, and we’ve almost accomplished that. I want it to be as nice as possible, as close to perfect as possible. I know that can’t always happen, but I’ll make a pretty good effort at it.”

Crowe praised his small staff for pulling off this kind of feat, and also thanked his wife, Kristin, who has been a new kind of “golf widow” the past few months while tending to the couple’s infant daughter, Charlotte.

“I can’t imagine the patience she’s had with me,” Crowe said. “When you do a grow-in like this – I’ve done one before – it’s nerve-racking, but very rewarding and fun to do. I’m thrilled to be finished with it, and when people come out to play, I think they’re really going to enjoy it. It’s what the town has been looking forward to for 20-something years.”

Only minor details remain for the last few weeks before the grand re-opening, such as rough that hasn’t been tromped through all summer needs to be chopped down to size. Bunkers also need weeds removed and tee boxes have to be spruced up a bit. It won’t be long, though, before golfers resume flocking to one of the Triad’s favorite destinations: Jamestown Park played more than 30,000 rounds a year, a number that certainly should increase now.

“I kind of look at it as a new beginning with the golf shop and the golf course, an opportunity to bring folks out that haven’t been here in a while to see the new product and to provide them with a good experience when they’re here in regards to customer service,” Sanderlin said. “That’s something we’re going to focus on a lot, just to make everyone feel welcome. New customers are going to come just because we’re new. We want to provide them with a good experience so they become regulars.”