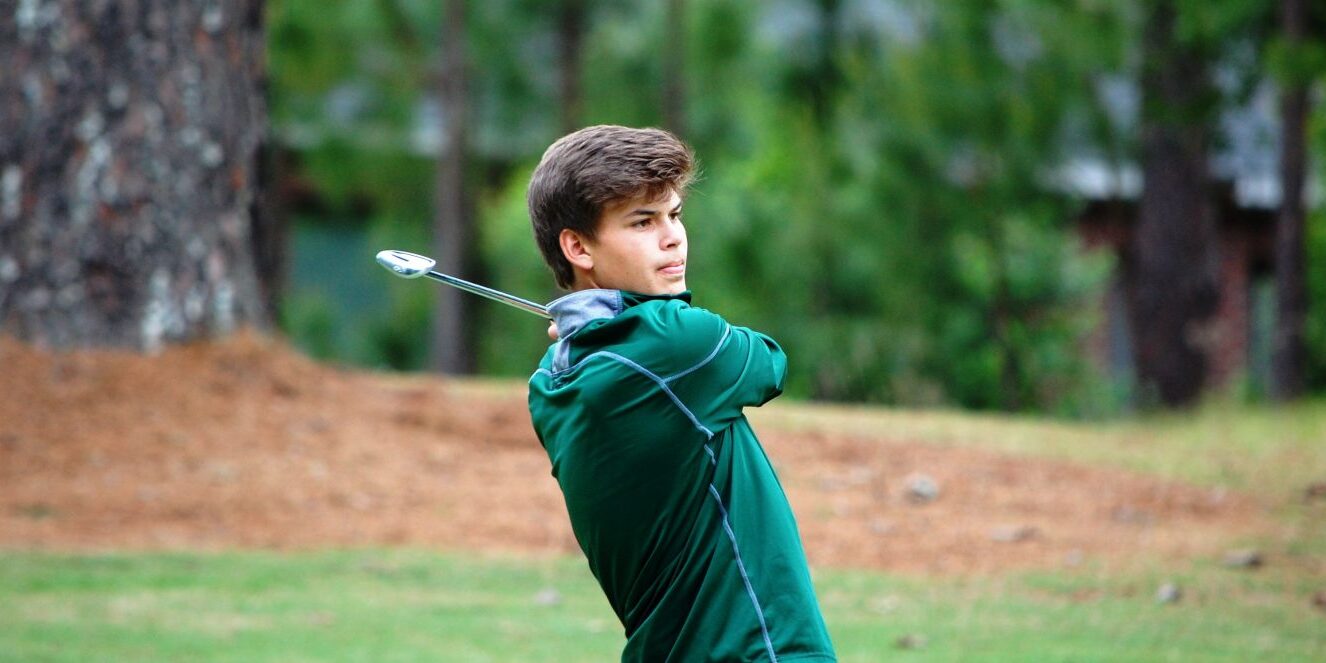 When Brandon Einstein talks about growing his golf game, he often starts with a story about just plain, old growing. It all started in the summer after his freshman year.

The growth spurt affected his golf game right away.

“Before I knew it, I was switching from senior flex and regular flex to stiff flex,” he said “And I was just hitting it longer.”

It didn’t take long to see the results on his scorecard.

He notched three junior wins in a one-month span in the summer of 2016. Einstein had two more wins in the fall, including the Tarheel Youth Golf Association’s state championship, where he shot 73-73.

As he grows his game, he’s noticing too what it takes to win.

“From the tournaments I’ve played, I can see that everyone out there in the field can swing a golf club,” he said. “It’s those that can put rounds together who will succeed. Those who have the mental game to get their way around 18 holes are the ones who end up time-and-time again in the top 10.”

From age six to 12, Einstein was content to split his time between golf and baseball. But in the summer before 8th grade he realized he was having more fun working at his golf game. He got a little nudge, too, from his father, an accomplished golfer.

“It was my dad,” he said. “He wanted me to get back into it because he was following me around the baseball fields. So I said, ‘I’ll come play with you.”’

Einstein has used his time wisely, sharpening his game by engaging his imagination.

All that tinkering can fill up an afternoon at Bermuda Run Country Club.

“I try to get my homework done in class so I can go out to the golf course,” he said.

While golf is Einstein’s priority, he likes to make time for his hobby – fishing. Fortunately, the golf course does double duty.

“If I cut my practice short, I’ll have an hour maybe three or four times a week,” he says. “Bermuda Run has lots of ponds. I just go there. It’s where all my golf balls lay that I’ve hit in the water.”

Honors: 2017 Central Piedmont Conference player of the year. He shot 66 in the conference tournament.

2017 Victories: Shot 71 at the TYGA one-day tournament at Mid Pines in April.

Magic Moment: “Two years ago at the Forsyth Invitational. We had three generations of Einsteins out there that day. My dad (Greg) and I played and my grandfather (Freddie) followed us around. My grandfather won it (in 1973). That was really cool.”