Redman’s month of August one for the ages 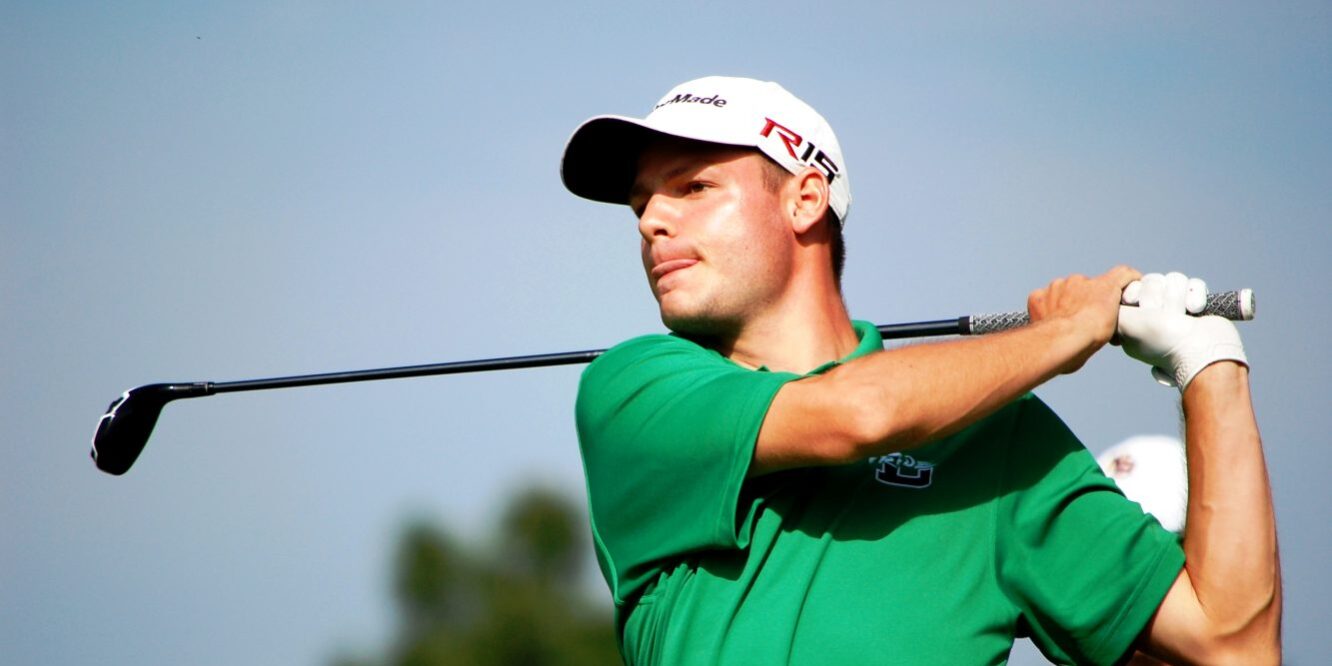 More times than college coaches would like to admit, they set out to recruit a player or two at a junior tournament, and somebody else turns their head.

Such was the case at the Carolinas Junior championship at Willow Creek in High Point as Doc Redman was heading into the 10th grade. Clemson coach Larry Penley had several players on his radar at the event – the young Redman was not one of them.

“I was actually there recruiting two other players and Doc ends up winning,” Penley said. “I just started watching him from a distance, but he got everybody’s attention when he won that tournament.

“I watched him a couple other times, and then I got real lucky because the summer of his junior year and Carolinas Am was in Greenville, S.C., and Doc was on the leaderboard every day and he played great. After the tournament I was able to get him on campus for a visit and he committed to us right after that, which was fantastic.”

Little did Penley realize what a star he had in the making.

“You really don’t ever know, but you can sort of tell by their make-up,” Penley said. “If you sit down and talk to Doc for about a half hour he wears you out, and I don’t mean that in a negative way. He wants so much info, he wants to be coached, it’s such a pleasant change. You can’t give him enough information. That’s just the way his mind works, just the way he was raised.”

After a record-setting All-American freshman season with the Tigers, Redman turned in quite an August in 2017, winning the U.S. Amateur and finishing runner-up at the Western Amateur within a three-week span.

Redman’s U.S. Amateur run in California started with a 13-man playoff just to get into match play, then he reeled off six consecutive match wins to capture the 117th edition of the prestigious USGA event in dramatic fashion, forcing a playoff with an eagle and birdie over the final two holes of the 36-hole final, and then defeated Texas senior Doug Ghim on the first extra hole.

The seeds of Redman’s golfing successes the last five years are scattered all over golf courses in North Carolina and South Carolina, but his determination this time around at the U.S. Amateur was cemented a year earlier when he lost 5 and 4 in the second round to Sam Horsfield of the University of Florida.

Redman’s golf instructor at Wildwood Green Golf Club in North Raleigh, 61-year-old Jimmy Hamilton, caddied for his student at the 2016 U.S. Amateur at Oakland Hills. Hamilton watched as Redman was 3-under through nine holes yet was three down to a red-shot Horsfield. Redman ended up leaving the course dejected.

“We talked on the way home and I said to him, ‘You know, if you ever had any doubts about yourself being at the top level of competition in this country you can put that aside right now because you are in the conversation of being amongst the very best, you have nothing to be ashamed of,”’ Hamilton said. “I do think if we didn’t get that draw in 2016 Doc would have gone deep last year too. He was playing that well. I told him he was going to take all of his confidence down to Clemson.”

Redman did just that for Penley, leading Clemson in stroke average at 70.77 — second best in Clemson history.

“Doc is a different kind of kid,” Penley said. “There is not one ounce of give-up in this child – ever.”

As Redman grew up in Raleigh he was the youngest of a quartet of talented juniors that played and practiced together at Wildwood Green, including current PGA Tour player and recent winner Grayson Murray, Web.com Tour player Carter Jenkins and former Winthrop golfer Zach Seabolt. As the crew moved up through the ranks Hamilton and fellow instructor John Budwine (who taught Redman until moving on to Deep Springs Golf and Country Club) would quietly talk about Redman’s talent.

“We both felt Doc would be the one that would possibly go the furthest because he has a very cool and calm demeanor,” Hamilton said. “He is a sponge, he is receptive, if he has a question he’ll ask it, but he understands what you’re trying to do and help him with.”

“His best asset is the 6 inches between his ears,” Hamilton added. “He has an incredible head on his shoulders – just stays in the moment. He doesn’t think too far ahead. And he’s the finest young man you would ever want to meet. He is the kind of kid that if I had a daughter his age I would love for her to be able to hook up with him. That’s the kind of kid he is.”

Redman is majoring in Mathematical Sciences at Clemson, an interest that Penley believes spills over onto the golf course with his sophomore star.

“There are no short-cuts in math, so Doc doesn’t think he’s going to bypass anything to get to the next step,” Penley said. “You have to take it one step at a time, and you’ve got to be extremely patient and very thorough, cross all the T’s and dot all the I’s and that’s what he does.

“There is nothing that Doc approaches that doesn’t have a plan, even just daily things. It’s daily victories with Doc, it’s like ‘let’s go learn a little something today.’ His mindset is simple in the fact that if he can improve 1 percent every day just think how good he’s going to be, and that’s how he approaches things.”

Penley said he had to chuckle when a reporter asked Redman prior to his U.S. Am championship match a question about The Masters.

“He kind of looked at her with this bewildered look, and I promise you it never entered his mind,” Penley said. “He is that mentally tough, he is process oriented. He never, ever would have let Augusta interfere with his performance – at no time.”

Hamilton was partaking in some R&R at Pawley’s Island the weekend of the U.S. Amateur, but made it a point to get back to the room to watch his pupil.

“I just sat there transfixed, watching these two guys go head-to-head. It was incredible golf,” Hamilton said. “When Doc made that putt on 17 I think I jumped as high as I ever jumped. And I’ve watched Doc stand out on the putting green at Wildwood in all kind of weather making that putt that he made on the 36th hole. I’m sure he was able to just go back and draw on all of that … and he just poured that sucker right in.”

Hamilton said Wildwood Green members are abuzz by the recent success of Redman and Murray.

“We all like to think of ourselves as part of the village. I made the comment that there is something cooking up here at Wildwood Green and a bunch of people are getting their tummy full,” Hamilton said. “It has been really fun to see. The membership is stoked.”