Up to the Challenge: Graham course carts rebranding path 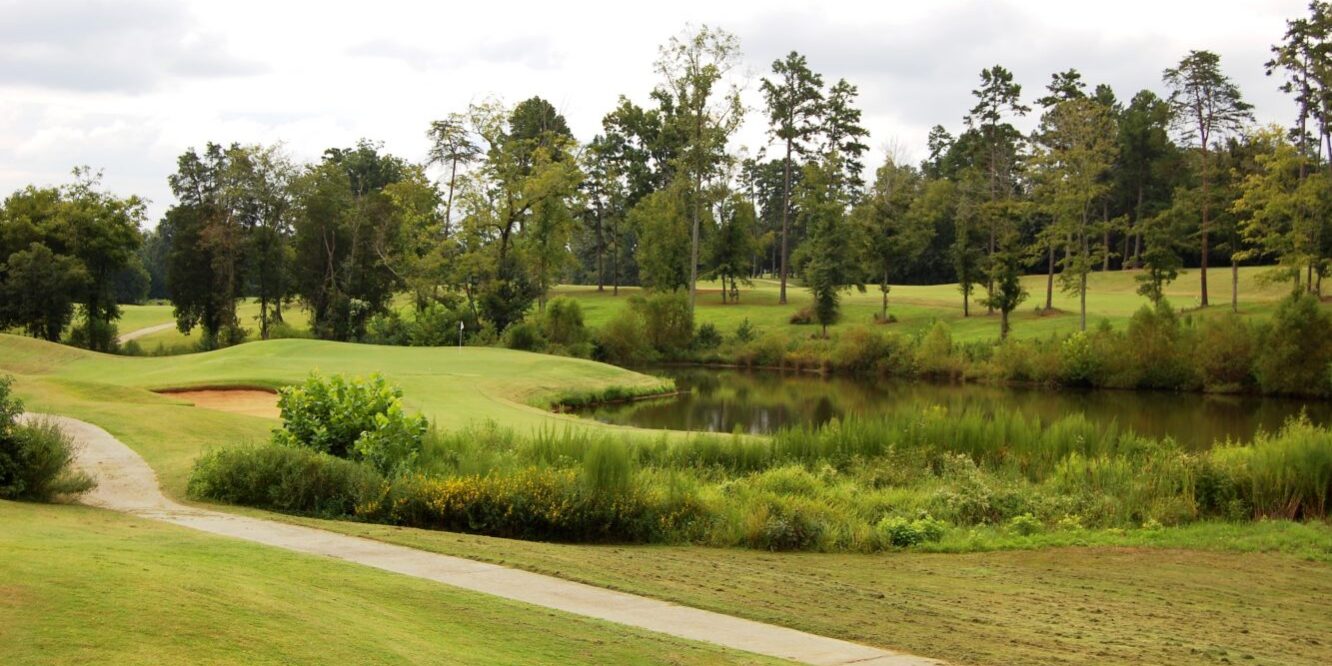 David Crowder heads a group of mostly senior golfers who get together once a week to play a variety of Triad-area courses.

The group has no official name. Some refer to it as “David Crowder’s Gang.” Crowder prefers, “The Challenge Senior Traveling Group.”

That latter comes from the fact that members typically play The Challenge Golf Club in Graham twice a month. Crowder lives in a house that borders the course and is a member of the club, thus his role as leader of the group.

Usually, when members get together, their number totals about 40. When they played The Challenge in early August, there were 74 golfers teeing off.

Crowder said the increase stemmed from the fact that members were playing The Challenge for the first time since the course closed in mid-May for the start of some overdue renovations. Reopening was the first week of August.

“Everyone wanted to get back out here and see what they’ve done,” Crowder said. “They’re excited about all the improvements. The people here, they’ve really done a lot to bring the course back to where it was.”

The Challenge has been through a great deal since it opened two decades ago. There was a time it received a four-star rating from Golf Digest magazine.

But the course has seen its share of pitfalls, including numerous changes in ownership and a bankruptcy.

Over the years, the quality has slipped.

As director of golf Todd Smith puts it: “Everybody loved the layout, but there have been issues with just about everything else.”

Smith was hired in January by Ritchie Belton, who purchased the course a little more than two years ago. Belton brought in Smith with the intention of returning The Challenge to its former glory.

That explains the recent 10-week closing. The amount of labor that went into the first – and most intense – phase of a three-stage refurbishing was extensive.

Greens and sand traps were reworked, and significant improvements made to the fairways. The red clay that golfers said was too common around the course is no more, either planted in grass or covered in mulch.

The bentgrass greens were replaced with Champion Bermudagrass, allowing for truer and faster putts. The greens on holes No. 4 and No. 10 were expanded.

About 20 percent of the sand traps were edged and cleaned. Several tee boxes were leveled, reshaped and given new life. Some work remains, everyone at the course agrees, but Smith said feedback has been nothing but positive.

“We’ve had a lot of people bragging about the course,” he said. “The difference between now and May is significant.”

Smith said the weather this summer was conducive to completing the work. A good amount of rain fell to help the Bermudagrass greens take hold.

Smith said this summer’s work involved “pretty much everything inside the cart paths.” That’s a lot of ground to cover.

“We tried to add more character to the course,” Smith said. “The new look is very clean, very defined.”

George Frye of Champion Turf Farms of Bay City, Texas, was the man responsible for the conversion of the greens. The company, in business more than 50 years, is known for its no-till sprigging brand of green conversion.

The process allows for changing the grass variety on a putting green without reconstructing the existing surface. The result of the process is that the green contours remain as they were before, but with a uniform stand of Champion Bermudagrass.

Champion Turf Farms has previously converted the greens at Pinehurst No. 2, as well as at Sedgefield Country Club in Greensboro.

“It’s gone better than anticipated,” Belton said of the renovations. “From our longtime players, everything I’m hearing is positive. The guys when they’re finishing one round, they’re already making reservations for the next.”

Belton, who also owns Mebane’s Quaker Creek Golf Course, said the thing he’s proudest of involving the work at The Challenge is the new greens, though he said much more was accomplished during the closing, noting the revamped tee boxes and work on the sand traps.

“There’s lots of things people can’t put their fingers on,” Belton said. “But they tell me they like it.”

This summer’s closing and work was the beginning of a multi-year plan to revitalize The Challenge. Course officials are referring to the work that’s been completed as Phase 1.

Phase 2 consists of improving drainage at the course, new sand for all the traps, replacing the existing railroad ties and bringing the fringes up to standards.

Phase 3 is, as a flyer posted at the course reads, “All the little things that add up to a unique golf experience.”

Smith came to The Challenge after spending five years in a similar capacity at Stoney Creek Golf Club in Whitsett. He’s been involved in the management of golf courses for the better part of 30 years.

“This is the most enjoyable job I’ve had in my career,” Smith said. “The Beltons — we think a lot alike.”