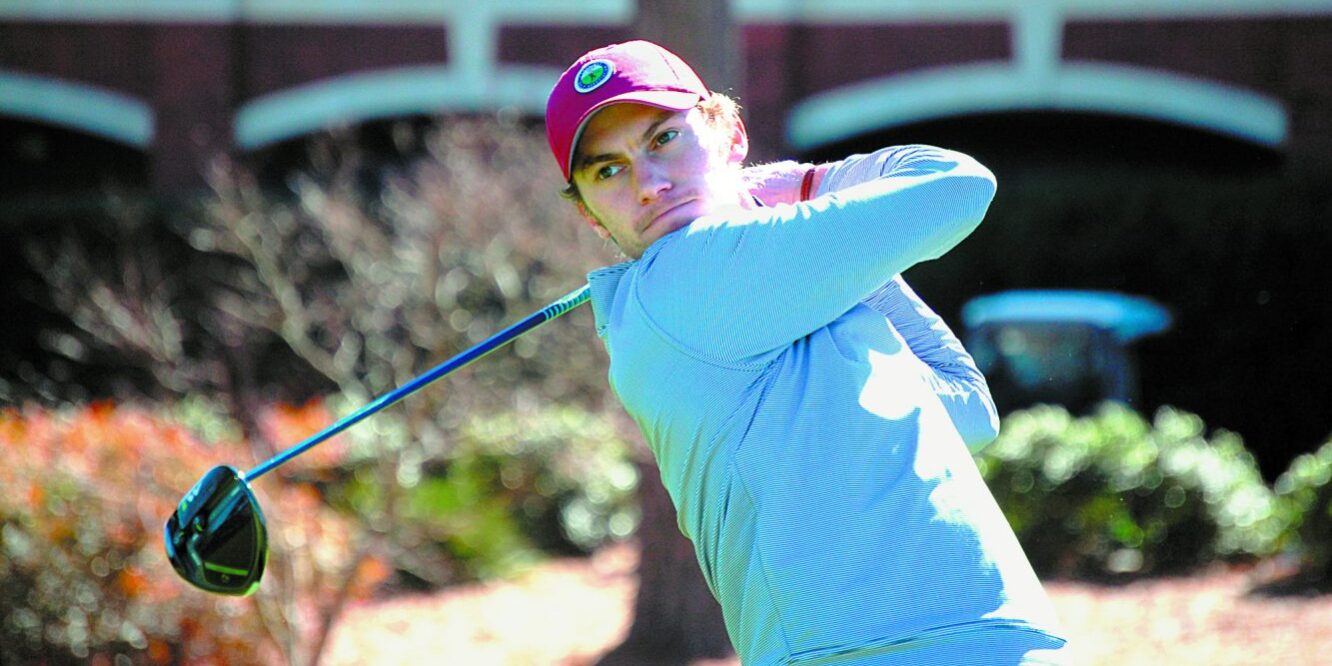 Josh Nichols had a plan.

From the time he was in high school he wanted to fine-tune his golf game in college, qualify for the PGA Tour and make some noise with the top players in the world.

“I wanted to be like all the guys you see on TV, they’re 21 years old and they’re lighting up the world with their golf,” says the 26-year-old Nichols. “But every year (after college at Appalachian State), I thought, ‘well, I’m not good enough this year, maybe next year.’ But I never gave up, even when I didn’t meet my original goal right out of college. I kept going, and it led to last summer.”

At the end of July 2017, Nichols won the Triad Amateur and the Carolinas Open in the same week before placing third in the Forsyth Invitational the following weekend. Two months later, he reached the title match of the U.S. Mid-Amateur Championship in Atlanta, playing for an exemption into the 2018 Masters and U.S. Open.

He lost in the final match, but he was playing the best golf of his life.

“I’m realizing, ‘wow, I’m a great player. But at the same, I’m not enjoying this like I thought I would,”’ he says. “It’s a realization I had in the middle of the week and then after it was over. Every night I was exhausted and nervous about the next day.”

In those moments of success, he had doubts. If playing for a paycheck meant beginning every day with a pit in his stomach, he wondered if he had the makeup for it.

“Maybe I could get used to that eventually if I did that for two, three, four years of constant high-pressure tournaments,” he says. “I thought I would love that stage, but it wasn’t all I had worked it up to be. If I had to turn it around and do it again like a mini-tour player would, week-after-week, I realized I don’t think I could do it.”

It isn’t easy taking stock of one’s own dreams. There are times to follow without hesitation, and times to change course. Nichols had seen caution signs even in the early days of his competitive golf career. After playing high school golf at Salem Baptist Christian School in Winston-Salem, his years at Appalachian State didn’t progress like he had imagined.

“I had a couple wins at smaller tournaments, but for me personally, my college career left a lot to be desired,” he says. “I wanted my stroke average to be lower; I wanted to win every tournament I played in. I felt like l worked really, really hard, but there’s always more you could do.”

Four years of college golf gave way to four years of grinding through the regional ranks. And despite strong finishes year after year Nichols was left staring at a daunting number: 2,690. That was his national ranking as an amateur.

That’s one of the main reasons he has decided to push golf to the fringe of his life. He wants to find a job in the Triangle area, maybe in insurance sales or banking. Until now, he’s been helping out with his aunt’s wedding catering business, chasing a golf dream that no longer reflected his own values.

“I started realizing what a selfish pursuit it was, too,” he says. “That started to rub me wrong. I’m spending basically eight hours a day looking in a mirror: ‘How can I improve? How can I make Josh happier?’ It just started feeling wrong, like I was doing the wrong thing. I need to get a little perspective and start paying attention to other people. How can I best spend my time with my girlfriend and with my Christian faith and a church?”

Make no mistake, Nichols has not fallen out of love with golf. The game has not beaten him. It’s just time for other priorities. He canceled his membership at High Point Country Club and he’s put away the clubs for the past few months.

But he isn’t finished with golf. He earned some 2018 tournament exemptions with his runner-up finish in the Mid-Amateur, so he plans to take full advantage. And when he finally pulls out the clubs and knocks off the rust, he will continue a career that has already reached great heights – without worrying about what else he could have accomplished.

“It will probably be a little more peaceful,” he says. “I will still have the competitive fire to do as good as I can, but the ultimate result will matter less and less the further I go in life. That usually ends up helping me play better. Golf is frustrating that way.

It is a sign of maturity to recognize when hopes must give way to responsibilities. Nichols is comfortable having made that transition. Now he eagerly imagines a future that includes his girlfriend, a 9-to-5 job and just a little bit of the game he loves.

“I want something that is steady and reliable,” he says with a laugh. “Golf is not that.”