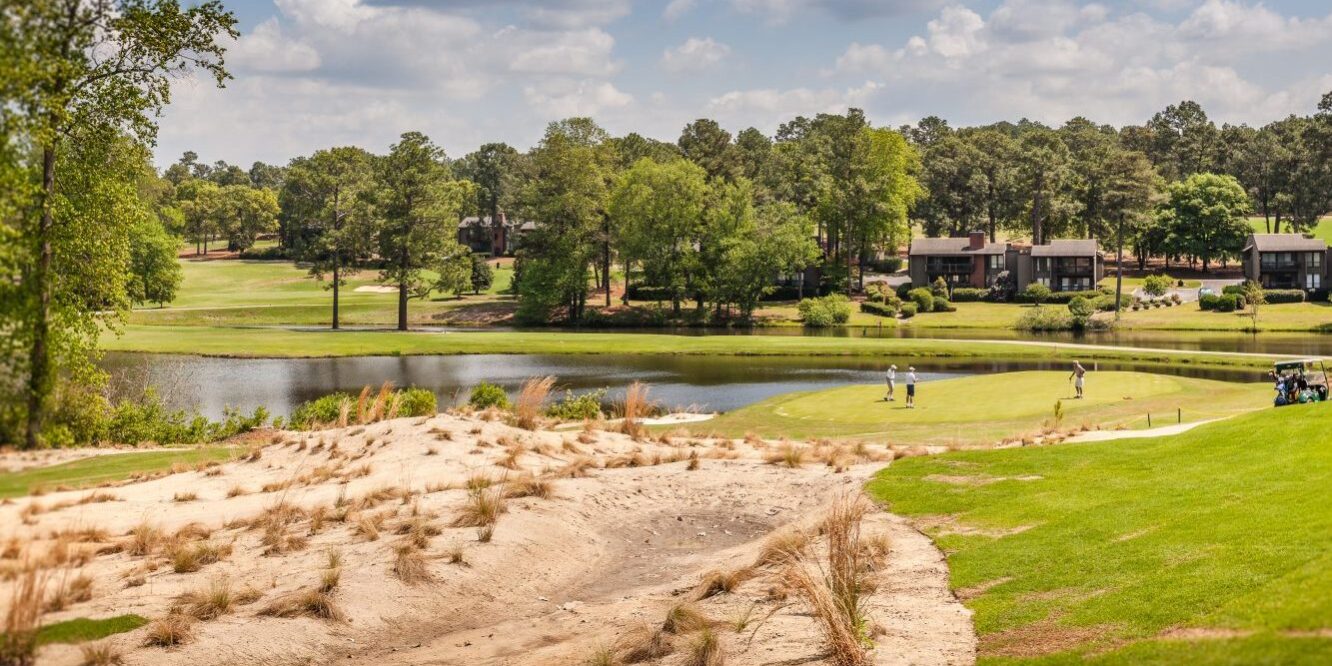 When Katherine Perry was asked her thoughts on the LPGA’s inaugural Q-Series heading to Pinehurst in October, her emotions were mixed.

“I can’t think of a better venue to have some of the best female professional golfers compete for their LPGA card,” said Perry, who played collegiately at the University of North Carolina and is from Cary.

Then came the grammatical qualifier.

“Hopefully I will have full status and won’t need to compete there, but if I do play I will be excited to be in Pinehurst where I spent a lot of my junior golfing career,” she said. “The Q-Series is going to be an exciting, nerve-racking, and life changing two weeks for players and I am so glad it will be happening in my backyard.”

In November the LPGA announced it was tweaking the tour’s qualifying tournament. While Stage I and II would remain intact, the five-round, one-site Final Stage would be replaced by the Q-Series, two four-round tournaments played on two separate courses in successive weeks. Final scores will be the aggregate of the 144 holes played.

Enter Pinehurst Resort and Country Club, which was announced on April 11 as host to the first Q-Series. The first tournament will be played on Course No. 6, Oct. 24-27. The no-cut field will then play Course No. 7, Oct. 31-Nov. 3.

Also, Blue Cross NC signed a three-year deal to be the Q-Series’ presenting sponsor. No site host was announced past 2018.

Pinehurst Resort president Tom Pashley views the Q-Series as a natural progression in the iconic property’s timeline of women’s championship golf. Pinehurst has hosted the North & South Women’s Championship since 1903. And in 2014, its No. 2 course hosted the U.S. Women’s Open won by Michelle Wie.

“If you look at the women’s plaque [of North & South winners in the Pinehurst clubhouse], there are three founding members of the LPGA tour — Opal Hill, Louise Sugg and Babe Zaharias — and include an assist from Peggy Kirk Bell, whose name is also on there,” said Pashley, who later added that 10 of the past 15 North & South champs have gone on to play on the LPGA Tour and have combined for 21 wins, including eight major championships.

“So [the Q-Series] is a way to bridge the gap. To honor our history and tradition, where we have come from, but to also stay modern and relevant.”

Similar to recent years, Stage I will be played at Mission Hills Country Club in Rancho Mirage, Calif., in August and Stage II will be at Plantation Golf and Country Club in Venice, Fla., Oct. 13-18.

The Q-Series will have a maximum field of 108 players and include those who finished 101 to 150 and ties on the 2018 LPGA official money list, along with players 11 to 30 and ties from the Symetra Tour official money list. No more than 10 spots will go to players in the top 75 of the Rolex Women’s World Golf Rankings who did not meet the money list criteria.

Also, the nation’s top five collegiate players, according to Golfweek/Sagarin college rankings, will be exempt into the Q-Series. The remaining slots will be filled by the top finishers from Stage II.

Through late April, Perry had missed two LPGA cuts and was trending toward a return to Stage I qualifying.

The LPGA is also being applauded for its new treatment of amateur players. Amateurs can now play all three stages of the LPGA Qualifying School. In years past, amateurs had to turn professional in order to compete in the Final Stage. Now, a college player can play the Q-Series and defer turning professional until after the following spring college season if they earn LPGA status.

In 2016 and 2017, Duke University’s Leona Maguire, the world’s No. 2-ranked amateur, qualified for the LPGA’s Final Stage, but opted to keep her amateur status instead of trying for her LPGA card.

From this year’s Q-Series, the top 45 finishers and ties will receive LPGA status. The rest will earn Symetra Tour membership. Last year, 20 players earned their full LPGA cards through the Final Stage. The Q-Series will also have a $150,000 purse.

If social media emojis are an indicator, then the announcement was met with a series of thumbs up.

After missing by a shot to earn her card the first time, Diaz played in Europe, Asia and on the Symetra Tour’s predecessor, the Futures Tour. She earned her LPGA card on the second trip. She is a proponent of the new format.

“The week of Q-school is sickening,” she recalled of the old format. “I mean, you want to throw up. It’s so nerve-racking because you have this dream, and the only way to get to the Tour is to be top 20 that week. Your stomach is just churning the whole week.
“I think two weeks will allow the girls to be a little calmer. I know that sounds kind of funny, but it’s not just four rounds or five rounds and that’s it. You can make a mistake. You can realize that at the end of the first four days, you’re 4-under or you’re even, you can go out the next four rounds and play lights out. So, I think it definitely is a better test.”