Donald Ross: My work will tell my story 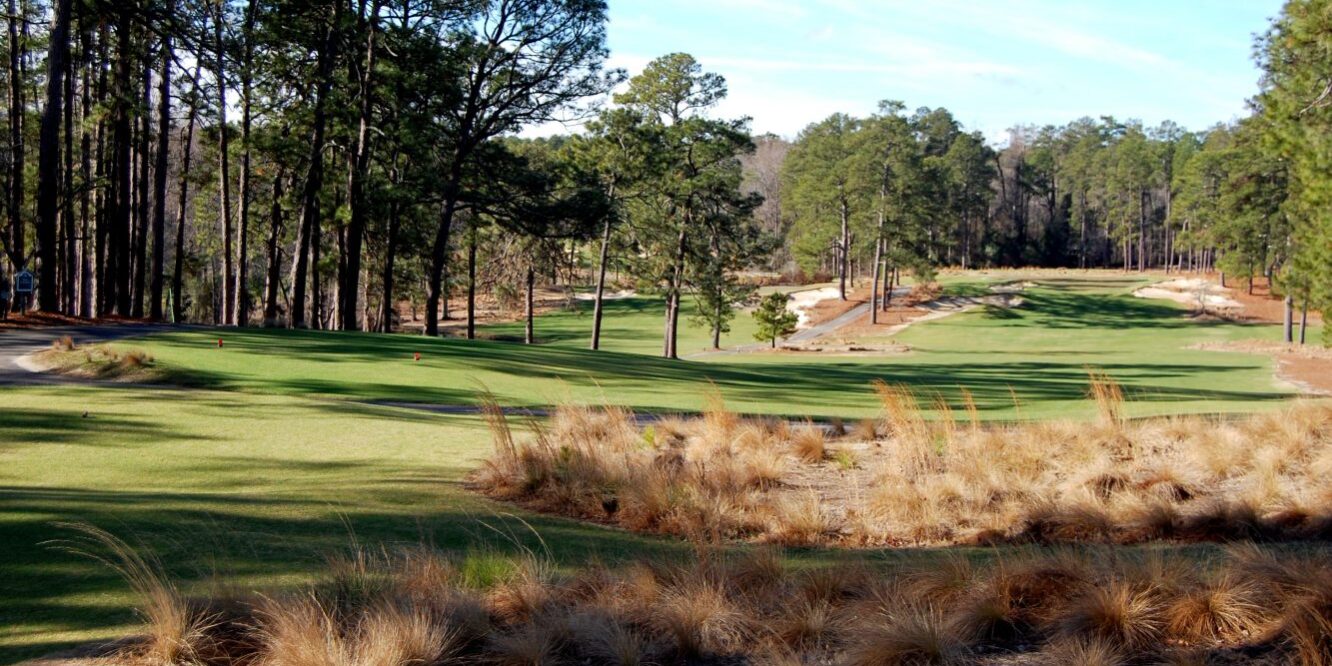 His story began 700 miles from the Arctic Circle on the east coast of Scotland in Dornoch, north of the Highlands and fast by the sea. But the Scottish immigrant who arrived in America at the turn of the century and became one of North Carolina’s greatest ambassadors did not come directly to the Tar Heel state.

Donald Ross first arrived in Boston in 1899 and was hired almost immediately as club professional and greenkeeper at the Oakley Country Club in Watertown, Mass. Golf had only been played for a decade or so in the States, but had become a very popular, especially among the wealthy.

Among the wealthiest was James Tufts, whose fortune came from the invention and manufacturing of the beautiful, marble soda fountain. Tufts parlayed his money by establishing a winter health resort away from the harsh weather of New England just off Highway 1 and the Florida East Coast rail line in North Carolina — five miles from the village of Southern Pines — that he named Pinehurst.
In 1900, Tufts convinced Ross to accompany him on a trip south to become Pinehurst’s director of golf. It turned into a lifetime engagement for Ross, who eventually designed and built four courses for the resort — none with more affection than his No. 2 layout, which he called “a pet of mine” and “the finest test of championship golf I have ever designed.”

This move also established a precedent Ross would follow the remainder of his days: he worked in New England in the summers and in North Carolina in the winters.

In Pinehurst, Ross spent the final half-decade of his life orchestrating a lion’s share of his prodigious design work from his 4,500-square-foot home off No. 2’s third fairway, while at the same time helping reshape the barren Sandhills — whose sandy soil he likened to that of his homeland — into a world-class golf destination.

No. 2 was initially routed and built in 1907 with flat, square and uncontoured oiled sand greens. Ross then spent years drawing upon his background in turf grass management to revolutionize southern greenkeeping practices as he slowly transitioned the putting surfaces to bermudagrass.

His new product was unveiled just in time for the 1935 PGA Championship and his courses became the favorite sites of professional and amateur tournaments. From 1919-1930, the national open was played on no fewer than seven different Ross designs.
Lauded through the years by everyone from professionals to presidents — Jack Nicklaus calls No. 2 his “favorite golf course in the United States from a design standpoint” — “the deuce” also played host to the 1936 PGA Championship, the 1951 Ryder Cup and the 1991 and ‘92 Tour Championships among many other world-class competitions.

Yet, No. 2 may be best remembered as a U.S. Open venue highlighted by one of golf’s most enduring moments — the late Payne Stewart’s 1999 triumph. Following its second U.S. Open in 2005 and numerous architectural changes through the years, in June 2014 No. 2 made history once again by hosting back-to-back Men’s and Women’s U.S. Opens.

Mid Pines is a gentle venue often listed as a favorite of the Ross courses in the Sandhills, a delightful romp through mature stands of longleaf pines. Its more broad-shouldered sister course, Pines Needles, where Ross played most of his golf in the last 15 years of his life, has played host to a trio of U.S. Women’s Opens — 1996, 2001 and 2007 — and will welcome its fourth U.S. Women’s Open in 2022.

Ross’s designs each possess a seamless, timeless quality and are known for their natural beauty, clever development of strategy and meticulous attention to detail. Continuity was another important principle of Ross’s philosophy. His courses were meant to flow without interruption. He wanted the player to feel that the holes occurred naturally, without the meddling of an architect.

Ross believed that less was better — that golf should be a pleasure, not a penance. With this in mind, he designed the courses that are playable by nearly every level of golfer.

“That is Donald Ross architecture right there in a nutshell,” said Greensboro-based architect Kris Spence, who has carved out a niche around the Carolinas renovating Ross-designed courses. “It’s about the game of golf. It is not about aesthetics, this superfluous attempt to create photographic opportunities. It’s about the game. It’s about the wide variety of golf shots that are required, or at least possible. That is why Donald Ross is such a great architect and why so many people love him.”

Of course, Ross’s presence in the Tar Heel State extends far beyond Pinehurst. According to research by the Donald Ross Society, he shaped more than 50 courses between Asheville and Wilmington, about 40 of which remain in play with their attribution intact — and the public has access to about half.

Ross didn’t design North Carolina’s first golf course, but it would eventually bear his name. What started as Swannanoa Country Club later became the Country Club of Asheville and Ross’s name was adorned on the golf course following his redesign in 1924.

“Donald Ross is the person who has had the most influence on the world-class golf courses we enjoy in North Carolina,” said McConnell Golf founder and CEO John McConnell.

During the first three decades of the 20th century, Ross’s practice was in such high demand that he employed some 30 building crews and 2,500 men. His design assistants became his legacy as well — Ellis Maples, Dick Wilson and Robert Von Hagge to name a few. He called them, along with his construction engineers and draftsman, “my right and left arms.” When Ross died during construction of Raleigh Country Club, Maples took over and remained on the staff at the club until 1953.

His disciples are myriad as well, including Pete Dye, who rarely goes a day in his life without referring to Ross or Pinehurst No. 2, which he considered the genesis of all courses. “Not only did he design some great ones,” said McConnell, “but Mr. Ross also trained protégés such as Ellis Maples and Pete Dye, who created some outstanding courses after his passing.”

In Morganton, Mimosa Hills is a place where golf tradition and nostalgia run deep. A 1929 Ross-design magnificently nestled at the foothills of the Blue Ridge Mountains, Mimosa, as it is known, was the home course of North Carolina Golf Hall of Fame inductee and three-time North & South Champion Billy Joe Patton, who battled and lost to Ben Hogan by a single shot in the 1954 Masters.

Ross teamed with Leonard Tufts, son of James, to create the engaging Roaring Gap Club near Sparta. Another famed Ross mountain course is Linville Country Club. Set in a valley beneath North Carolina’s famed Grandfather Mountain, guests of the renowned Eseeola Lodge have access to this peaceful retreat that may be the ultimate in challenging yet scenic and relaxing golf.

Having designed as many or more classic courses as anyone in his profession, Ross is considered the patron saint of American golf course architecture. He is also one of North Carolina’s most influential ambassadors, as countless golfers have visited the state excited to experience a Donald Ross creation.
Ross died of a heart attack in 1948 at the age of 75, leaving behind a legacy of more than 400 golf courses in 30 states across America and in Canada, Nova Scotia and Cuba, as well as dozens more remodeled. Ever the perfectionist, Ross would fine-tune No. 2 from 1901 until his passing.

Today, historians credit Ross with no less than transforming the American sports landscape in the first half of the 20th century — turning his industry into an art form through deceptively simple designs that not only have stood the test of time, but also continue to confound the world’s finest players.