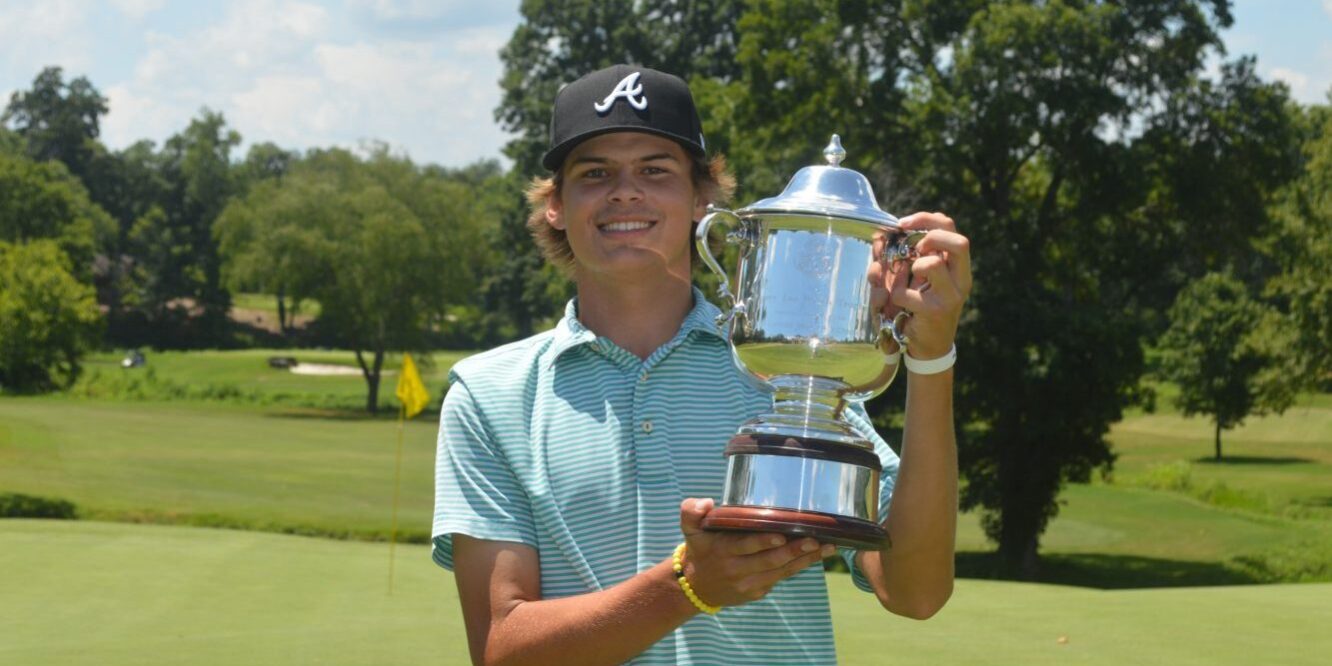 It was quite a June for Triad area juniors.

Einstein blew away his competition at Pine Island Country Club in Charlotte.  He shot a 66 in the stroke play qualifying round to earn the No. 3 seed in match play, and, with one exception, proceeded to end all of his matches before 18 holes.

The High Point University signee said the key to his success was consistent play. “Honestly, just keeping the ball in the fairway,” Einstein said. “I kept hitting fairways and greens all week.”

Einstein’s semifinals match went back forth with 2018 University of Richmond commit, Michael Childress of Salisbury. Einstein jumped out to a 3 up lead early, but saw it taken away when Childress went 1 up after 11 holes. Einstein roared back, though, taking Nos. 15, 16, and 17 to finish with a 2 and 1 victory.

Lansdon Robbins of Davidson was Einstein’s opponent after beating Drew Hackett of Charlotte 3 and 2 in his semifinal match. Einstein came out on a mission, winning the first two holes and finishing the front nine with a 5 up lead. Robbins was able to pull one back on No. 10, but Einstein again bounced back with three straight wins to clinch the title, winning 7 and 5.

Meanwhile, in her last summer as a junior golfer, Hawkins went out with a bang and defeated Alexis Sudjianto 4 and 3 in the final match of the NC Junior Girls.

It was an upward climb to the final match for Hawkins. In the semifinals, she faced medalist and No. 1 seed Mallory Fobes of East Bend – a member at Maple Chase. A tight match from start to finish, the two were all square headed into the final two holes.  Hawkins chipped in on No. 17 and made birdie on the final hole to take down the top seed and advance to the finals.

At the start of the final match, it seemed it would be as close as the semifinal matches. Hawkins and No. 2 seed Sudjianto remained all-square through five holes before Hawkins birdied two consecutive holes. On her first hole after the turn Hawkins sank a long putt for birdie to go 3-up. Never looking back, she made par on her last five holes to win the match.

Hawkins attributed her steadiness to “really solid ball striking.” Her family lined the cart path as she sank her final putt for her fourth CGA title.