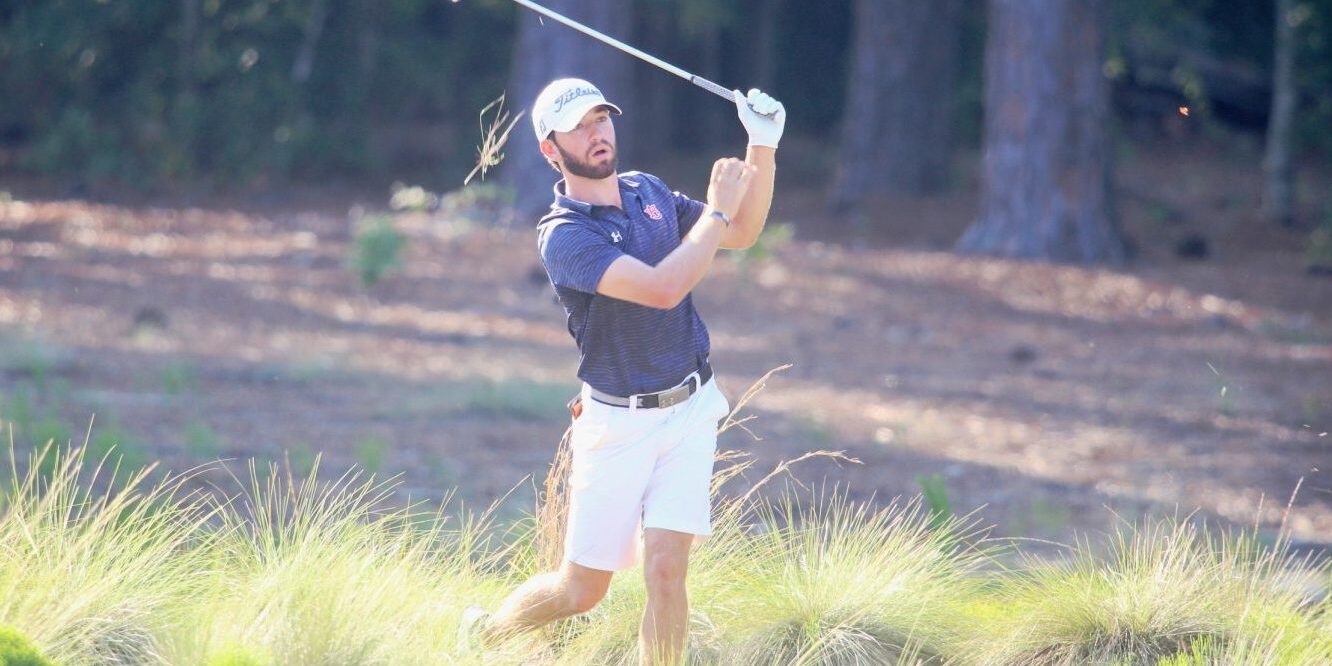 Ben Schlottman’s remarkable freshman year at Auburn in 2015 didn’t come without consequences. The SEC freshman of the year was rolling along in record-setting fashion, but looking back now the former Forsyth Country Day star really didn’t know why he was piling up sub-par round after sub-par round against excellent college competition.

“I didn’t understand how my golf swing worked, what I needed to do to fix the main problems I had,” Schlottman said on the heels of his runaway victory in this summer’s 118th Men’s North & South Amateur Championship at Pinehurst Resort. “Every golfer has natural tendencies and just over the years a lot of us practice the wrong way, and it gets ingrained in us. I didn’t understand how to fix my bad tendencies and I was just skilled enough to hit it decently my freshman year and have a good short game. But then when you lose confidence and don’t know what to turn to it can spiral in a downward direction really fast, which it did.”

Over this next two years of college golf, Schlottman became just another player, nothing special that would lead you to believe he would have a pro future.

“Coming out of North Carolina you are a big fish in a small pond and when you go to Auburn you realize just how good everybody is,” he said.

Yearning to regain his winning formula as he watched his stroke average continue to climb, Schlottman turned to his Auburn coach for help, any help.

“When I was really struggling I asked coach (Nick) Clinard if he had any recommendations, and he gave me a few book recommendations that I started reading,” Schlottman said. “When you read mental coach books they quote other people so it leads you down a rabbit hole where you just end up reading a lot of other books.”

Near the end of his junior season and on into his senior year Schlottman began to read more and understand he needed to rotate his hips and that the mental side of the game was as important or maybe more important than his immense physical tools.

“I have worked incredibly hard in college on my mental game,” he said. “I know it has paid off and will continue to pay off. I like to read a lot about great athletes and how they think and how they perform. Actually LeBron James had a real interesting quote in the Eastern Conference Finals, saying ‘I want everyone to know I love playing basketball and I love doing this, and no matter the outcome I’m going to enjoy this game.’ That’s kind of the way I think on the golf course.”

Pro golf is back on the radar now for Schlottman, whose talent already includes a career-low 59.

In addition to winning the prestigious North & South title, Schlottman’s summer schedule includes the Porter Cup, the Western Amateur, the Canadian Amateur, the U.S. Amateur and then Q-School.

“I am ready to go, it’s just another tournament and it’s going to be my first pro event so it will be a blast,” Schlottman said of the PGA Tour qualifying school experience. “I know the nerves will be up but I’ve trained so much that it’s just another golf tournament that you’re trying to go out and win.

“Nowadays you don’t play golf just to be an amateur golfer. You want to be a great pro golfer and I’ve always dreamed of that and I look forward to the opportunity to make that come true.”

Schlottman grew up at Oak Valley Golf Club in Advance, taking lessons for 11 years from award-winning teacher Anne Marie Goslak, who knew from the age of 7 that her young pupil had star power.

“He is just God-gifted and it was a thrill to work with him that long,” Goslak added. “It’s certainly heartbreaking to lose a kid when he goes to college and opts to work with someone else but 11 years is a pretty good run. And I believe he’s just destined to do great things. And I still believe the dream and vision I saw and I will be celebrating one day when he wins The Masters and puts the green jacket on. You heard it here first.”

Goslak is not surprised that Schlottman rebounded from a few rough patches in college.

“He’s a gamer,” she said. “He’s mentally tough and when we used to work together on match play it was amazing how he just always found a way to win. When I met Ben it was clear he was really special individual and was a true talent.”

Schlottman still credits Goslak with his desire to excel.

“She kind of ignited the spark in me and pointed me in the right direction, and from there I just had a passion for golf,” he said. “I remember starting to play when I could walk. My parents said I was walking around the house with a soup ladle and a ping pong ball hitting balls around in the back room.”

And for now, Schlottman wants to enjoy his final summer months as an amateur golfer and not get too far ahead of himself.

“I don’t really believe in goals, I’m just trying to get better in each event leading up to Q-School,” he said. “The courses in amateur golf are so vastly different that it is good to see what you need to work on moving forward.”