Grandover Resort: Honoring the past, embracing the future 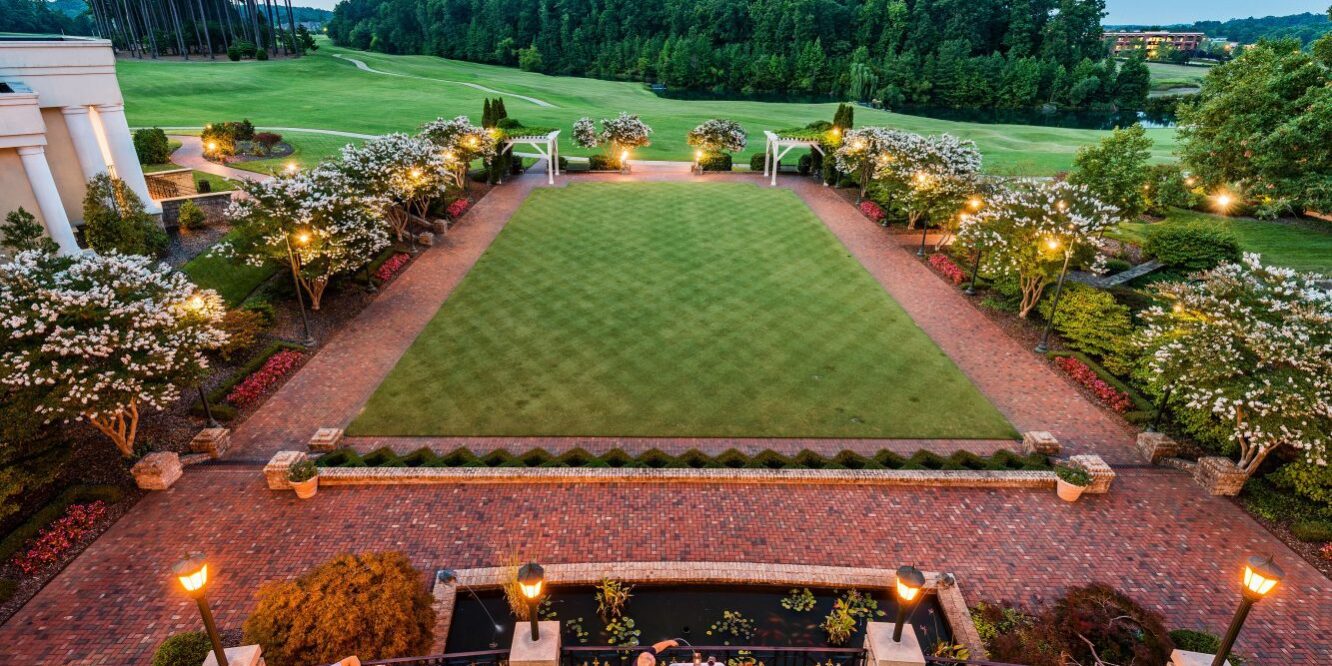 It can be argued that Grandover Resort took the path of least resistance when it opened in February 1999.

Despite its rightful place as a trendy boutique hotel with an Old World décor to match, Grandover focused on capturing the business traveler and conventions. To the naked eye, it was a natural fit since Grandover developer Joe Koury had built a successful model across town at the nearly 1,000-room Sheraton Greensboro Hotel at Four Seasons/Koury Convention Center.

“We were definitely going after the groups that had been going to Pinehurst or the Grove Park Inn and telling them they now have a third option in North Carolina that is more centrally located,” said Christina York, longtime Grandover director of sales and marketing.

“Yes, we did weddings and social events, but it was all about the mid week business, our weekends were soft,” she added. “We didn’t do much of anything to attract leisure business because we were like, ‘we know conferences, and we know how to do conferences.’”

Fast forward two decades and not only has Grandover invested $10 million in its 244-room hotel, surrounding amenities and 36 holes of golf, it has totally rebranded and started an effort to attract guests nearby as it celebrated its 20th anniversary in February.

“It is now more leisure, people wanting to come for a getaway, not necessarily the business traveler. It is weekend getaways, one-night getaways, special occasions,” York said.

“We have this really fantastic product with world-class amenities in Greensboro, so I think that naturally lends itself for people to think it’s too expensive for them, and they never even checked us out,” she added. “Really, the story is: ‘Yes, we have the world-class amenities, but guess what, because it’s in Greensboro, N.C., we offer a great value and you can afford it; it’s surprisingly affordable.’ I’ve used that tag line for weddings. We could be charging two or three times the rates we do – all around – for the golf, spa and rooms – if we were in a first-tier city, so why not take advantage of it. It’s here. You can’t get this value anywhere else.”

Grandover Resort’s rebranding efforts have centered on re-connecting with the local community on numerous fronts, including on the golf course with a program called the Griffin Club, which gives North Carolina residents some nice perks.

“The golf staff got together and we tried to come up with some programs what would help mirror our re-branding and we pitched some ideas,” said Jonathan York, the resort’s director of golf and husband of Christina. “We thought about what other golf courses in the area were charging, and we needed to get more in line with that. Our weekend rates are $75, and other courses in the area are more in the $50 range, so we came up with a program that gives the local players from North Carolina a local rate.

“A lot of clubs do it,” he added. “You come to the shop and we ask you where you are from and if you are from North Carolina we ask for your driver’s license and we hand them something to fill out. We then we give you a hat, a card for the program, a bag tag and a complimentary beverage in our new 19 & Timber bar to showcase that area. As people say, ‘it’s a no brainer.”’

And while Koury’s worn leather golf bag and old Wilson irons are still prominently displayed in a shadow box near the golf shop, most of the rest of the hotel’s décor has received a major makeover.

“When the resort was originally being designed the theme was Old World European, and a lot of people have referred to us as ‘the castle’ as they drive by on I-85,” Christina York said. “The décor was very Renaissance and that was intentional. So we decided that with the renovation that it wasn’t really making a connection with our guests anymore. So we shifted and wanted to connect to the community with a theme to really honor our roots in the Piedmont Triad, the arts and the history of the Piedmont Triad. Everywhere you go in the resort now you see local representation, from the front desk art piece to the art gallery with all North Carolina artists, to a 100-year-old loom that Cone Mills gave us. People love that.”

The next phase of the rebranding is all new carpeting throughout the resort.

“The biggest change since this time last year is about offering the local community a reason to come out to Grandover,” she added. “They may not spend the night but we are offering entertainment on the weekends, which we never had before, golf clinics, and socials and golf tournaments, an art gallery, open houses, Carolina Panthers watch parties and wine tastings … and the list goes on. These are the things that get the community to come in and use us as a regular place, so when they do need accommodations then they will think of us. With the renovation it wasn’t just about the hard changes it was about the re-branding of the resort as a whole.”

York said even the resort’s luxury suites have been rebranded with North Carolina- and local-based themes, such as the Seagrove Pottery Suite and Market Suite to honor the area’s furniture market.