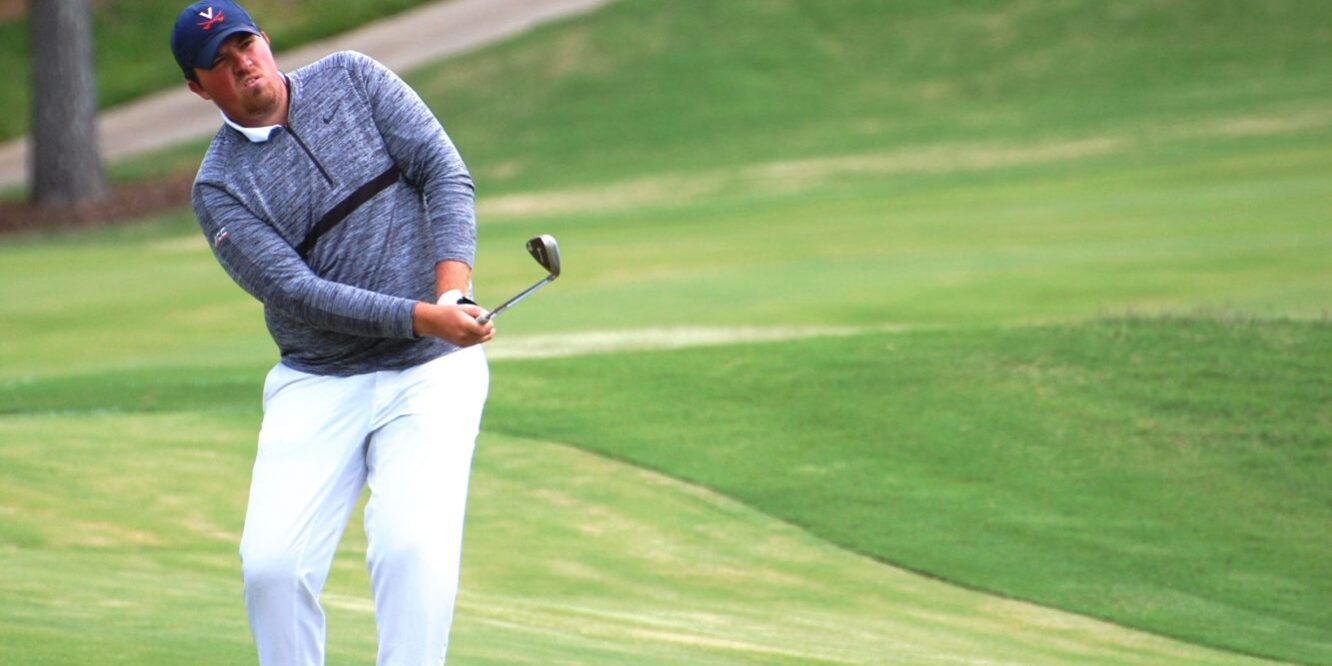 Wake Forest came into this year’s ACC men’s golf championship ranked third in the country and on a roll. However, the Demon Deacons left Old North State Club without any hardware yet again.

After winning five of six tournaments dating to last fall, the Demon Deacons shot a 2-over first round and were dead last in the field before rallying to finish third behind champion Georgia Tech and Virginia, which edged Wake Forest by three shots for second.

“One bad round in this league is trouble since we’ve got eight teams in the top 30 in the country,” said Wake Forest coach Jerry Haas.

Georgia Tech tied Wake Forest with its 18th team title, rolling to a 30-under par total through a 36-hole first day before finishing a remarkable 37-under. The Yellow Jackets were on cruise control over the final round, with the Cavaliers pulling no closer than 10 shots during a day in which winds gusted to more than 25 mph off Badin Lake.

Poor weather forecasts for that Saturday forced the long day of golf Thursday in which the Yellow Jackets could do no wrong.

“It was a little unnerving because our lead was so big,” Georgia Tech coach Bruce Heppler said of the final round mindset of his team. “If you’ve ever been in a situation where all you can do is screw up, it’s kind of tough. But once we got to the back nine our older guys got some birdies and we finished the way we wanted to.”

“Some people came to see (athletic director) Homer Rice in 1982 and we were 18 (championships) behind Wake Forest and now we’ve caught up,” Heppler said. “Some guys at the school wanted to have a great golf team and they’ve supported us financially and given us everything we’ve needed.”

For Wake Forest, it was another frustrating ACC championship, having last won a team title in 1989. This time around, the Demon Deacons had to go without injured star Eric Bae, who missed the event with a strained oblique muscle.

“It’s a bummer not to win but I don’t think it takes away anything we’ve accomplished this spring because we’ve played some great golf and won a bunch of times,” said senior Cameron Young, who tied for 24th. “I don’t expect anything different at regionals.”

Bae, who leads the team with a scoring average of 69.97, is expected back for the NCAAs in mid May.

“In my 22 years we’ve had our best season ever,” Haas said. “We have eight guys who average between 69 and 71.50, so I’ve got a very deep, hard-working team, some very impressive young guys and some older guys who have stepped up.

“We still have about nine meaningful rounds left to make this a really great season,” Haas added. “I told people a couple of years ago the next 3-5 years should be pretty good and so far I’ve been right. Knock on wood that the kids keep developing and keep pushing each other. They do a great job of playing against each other and competing against each other. It’s hard to get a spot in the lineup. If you get in the lineup you better play well or you won’t get in it again.”

John Pak, a Florida State sophomore, captured the individual title, winning for the fourth time this season. Pak shot a pair of 67s and a final-round 69 to edge Georgia Tech’s Andy Ogletree by one shot. Ogletree was the only golfer to finish in the top 15 to shoot over par in the final round, carding a 73.

“Andy hadn’t led in a long time and John is a phenomenal player and has won a bunch, so I think one guy was hoping to try to figure out how to win and John knew how to win,” Heppler said.

Pak three-putted the 15th hole, but helped seal his victory with a 12-foot birdie putt on the next hole.

“One of the things John has a tendency to do is to ask about other players and what everybody else is doing on the course, so his goal in the final round was just go play the golf course,” said FSU coach Trey Jones. “He hit 14 fairways and 18 greens so he couldn’t have played a better round than he did and kept pressure on the golf course.

“John has earned it; he works so hard every day and is disciplined in what he does,” Jones added. “He beat a lot of really good players this week. I don’t know how he’s not one of the Walker Cup guys right now, he’s one of the best amateurs in the United States, he’s ranked in the top 10 in both collegiate polls and he’s won four times. His last 10 rounds are in the 60s on great courses and against great competition. The great thing is he just keeps getting better.”

“I didn’t have it this week; I just pieced it together,” Walsh said. “Nine-under is not terrible but it’s not what I came here to get done.”

Walsh said it’s hard to believe his college career is coming to a close.

“People say that it goes crazy fast and you don’t believe them, but it has gone crazy fast,” he said. “It was everything I could have asked for. I would do it all over again. I’ve enjoyed every minute at UVa.”

After the NCAAs, Walsh plans to play professional golf on the Canadian Tour.

“I don’t think you can ever get your short game too good,” he said. “I putt better than the PGA Tour average, but I don’t think your chipping and wedges are ever good enough, so I just have to put in the hours. As long as I stay optimistic I should be fine.”