Jennifer Kupcho: From shyness to stardom 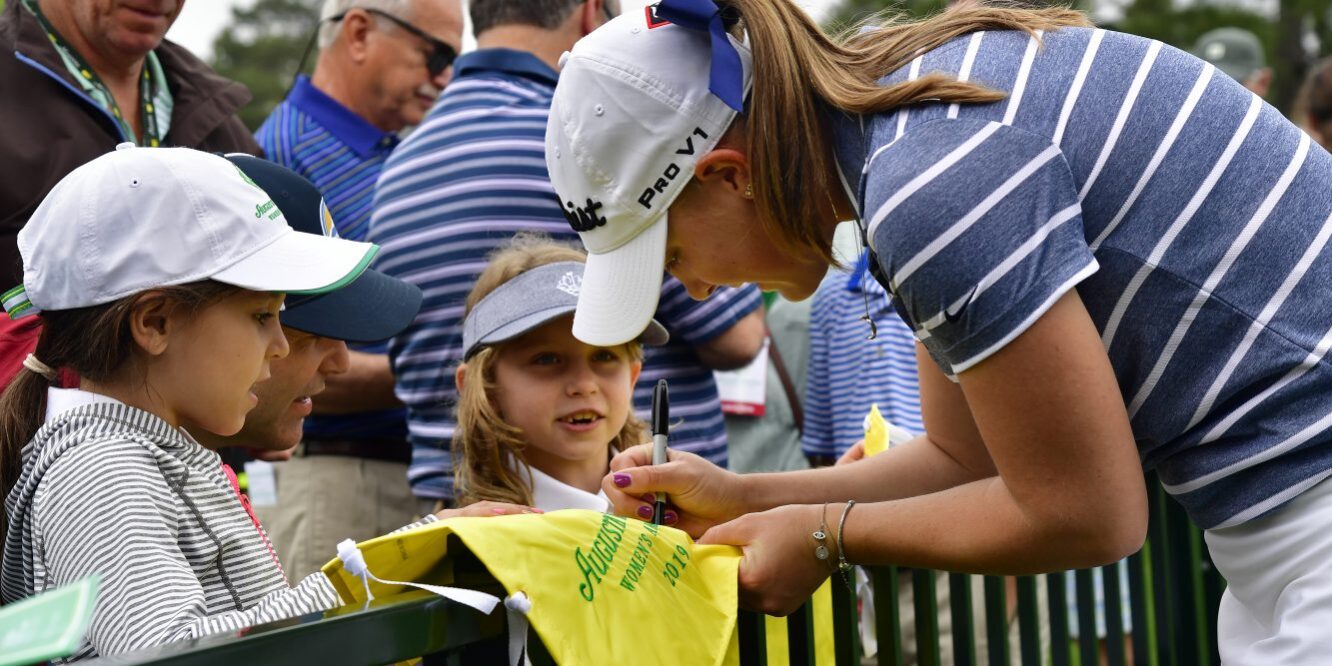 She departs in a few weeks with her name etched in women’s golf history.

The world’s No. 1 amateur and the reigning NCAA champion, Kupcho carved out her place on golf’s most storied venue during the inaugural Augusta National Women’s Amateur in early April, a week before the Masters.

Kupcho and her good friend, Arkansas senior Maria Fassi — the only two players in the field to have deferred their LPGA Tour qualification until after their senior seasons in college — dueled head-to-head on that Saturday’s final pairing.

Their play and sportsmanship provided an unforgettable exclamation point to a groundbreaking week for women’s golf.

Trailing by two shots midway through Augusta National’s famed “Amen Corner,” Kupcho struck the shot of the tournament. On the par-5 13th, her slinging draw from 211 yards over the creek finished 5 feet from the hole.

Kupcho coolly drained the eagle putt to move to 7-under and into a tie with Fassi — the only eagle of the day on the course.

“I would say that’s probably one of the best shots I’ve ever hit,” Kupcho said. “At that point, since I was two back, I knew I needed to make a big move. I was kind of scared because (the shot) was more right than I wanted, so I just hoped it got there and covered the water. It was really amazing.”

Fassi retook the lead with a long birdie putt on No. 14, but Kupcho answered with a birdie on No. 15. On the par-3 16th, Kupcho hit her shot to 6 feet and made birdie, while Fassi three-putted for bogey to give Kupcho a two-shot cushion.
Kupcho capped off the fireworks by burying a 30-foot birdie putt on the finishing hole for a four-stroke victory. Her 67 was the day’s low round. Only eight of the 30 players at Augusta National shot under par. In addition to Kupcho and Fassi, four other players finished the three-day event under par.
“Coming out with Maria in the final group with me, I think both of us kind of just wanted to send the message that golf is about having friends, and that we were cheering each other on. That’s kind of how golf is supposed to be,” Kupcho said. “So, to make it look that way for everyone watching, I hope it encourages people to pick up a club and go play.”

At 10-under par, Kupcho became Augusta National’s first female champion. Her six-hole, 5-under finishing stretch hearkened back to none less than fellow Wake Forest legend, Arnold Palmer and the game’s greatest champion, Jack Nicklaus. “To be compared to them is absolutely unreal,” Kupcho said.

“Walking up the 18th hole, the crowds were 25-30 people deep,” she said. “Just to get that kind of support for women’s golf is something I’ve never been a part of.  I think that’s a huge start to our future — just an unbelievable feeling. It’s a great, exciting time for women’s golf.”

On the 18th green, Fassi wrapped Kupcho in a lengthy embrace and whispered how proud she was of her performance. “I said, ‘You need to get used to this because we’re going to be doing it a lot in the future on the LPGA Tour,’” Fassi said. “I think that is what women’s golf should look like every Sunday on the last group. It’s the players’ responsibility for it to be like that.”

The tournament has been called the most important event in the history of women’s golf. “It was a Masters like Sunday, even though it was on Saturday, but it certainly had that feel,” said Augusta National Chairman Fred Ridley. “It was an exciting celebration, exciting golf, elite athletes showing what they can do.

“I was very proud to hear so many members who came up to me and said how proud they are, to say that they have never been prouder to be a member of Augusta National.”

For Kupcho, a media frenzy began almost as soon as her final putt found the bottom of the cup. First, she was asked to return to Augusta National the following day to hand out trophies to the female champions at the Drive, Chip & Putt finals, along with defending Masters winner Patrick Reed and two-time champion Bubba Watson. “They’re all normal people just like I am,” Kupcho said. “It’s pretty cool to see famous people like that cheering us on in the women’s game.”

From Augusta, Kupcho and Fassi headed to New York City to film Monday appearances on The Today Show and The Tonight Show with Jimmy Fallon.

Kupcho admitted the bright lights of national TV caused her some anxiety. But she welcomed the opportunity to wave the flag for women’s golf.

The following morning, Kupcho was back on the Wake Forest campus taking a music class, where her professor surprised her with celebratory donuts. She received hundreds of congratulatory messages on her phone and through social media.

“You’ve got to get back to reality at some point,” Kupcho said with a laugh.

As a junior, Kupcho capped the best season in Wake Forest history with her victory at the NCAA Championship. She became the first player to win an individual title the year after a runner-up finish since Arizona’s Susan Slaughter in 1989-’90, and also became the third player in school history named a multiple-time first-team All-American.

Kupcho said she has never regretted returning for her senior year at Wake Forest.

“My freshman year, I liked to keep to myself,” she said. “I think being at Wake and making so many friends, people have really been able to see who I am. This was clearly my best choice for all the things I wanted: facility on campus, small school, great weather, and great program. It’s unreal.

“With all the media and all the attention I’ve gotten, it has really helped to make me more outspoken and really be myself as quickly as I can when I meet people.”

Now, given her world ranking, NCAA success and historic victory at Augusta National, Kupcho departs Wake Forest as the next great American hope on an Asian-dominated LPGA Tour.

“I don’t look at that as pressure,” she said. “That has always been my goal. It’s hard for the American golfers on the LPGA Tour. I’ve always wanted to be that person.”