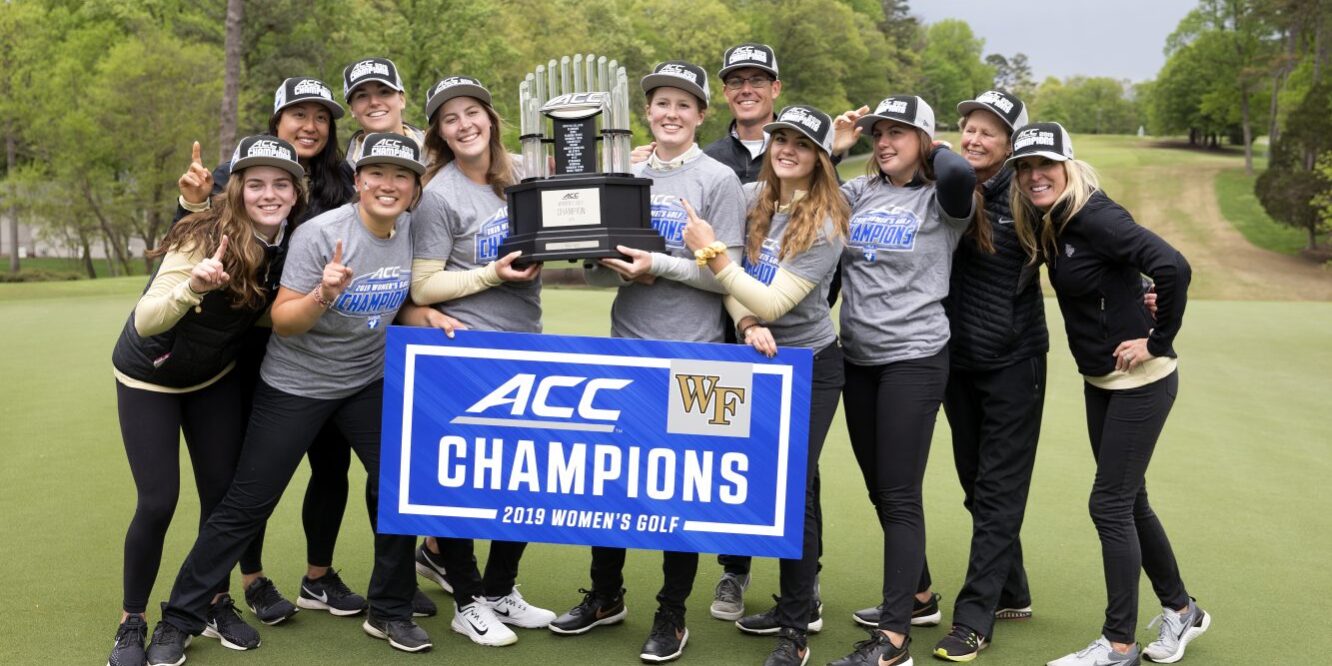 There are 72 teams heading to the NCAA women’s golf regionals May 6-8 and 10 of them are from the Atlantic Coast Conference.

Top-ranked Duke along with ACC champ and third-ranked Wake Forest are among the NCAA favorites. They’ll be joined by eight of the other 12 conference members that field women’s golf teams. Florida State, which finished second in the ACC, figures to be another strong contender.

There are four 18-team regionals in the country. The top six finishers from each regional, along with three individuals not on qualifying teams, will then gather May 17-22 at The Blessings Golf Club in Fayetteville, Ark., for the NCAA Championship Tournament.

Duke is the top seed in the Auburn Regional and will be joined by ACC members Florida State, Virginia and Clemson.

Wake Forest is the second seed in the Norman, Okla., Regional and will see familiar foes in Virginia Tech and N.C. State.

At the East Lansing, Mich., Regional, the ACC will be represented by North Carolina and Louisville while Miami is the only league team in the Regional field at Cle Elum, Wash.

In all, there will be 384 players in regional competition with 132 advancing to the NCAA finals.

Both of those schools have some Triad ties.

Emily Hawkins, a freshman from Lexington, is the No. 1 player at Campbell. The Big South Player and Rookie of the Year has averaged 71.7 in 28 rounds. She has finished no worse than sixth in her last four tournaments.

Two of UNCW’s starting five are from the Triad. Rachel Mast, a sophomore from Lexington, has averaged 76.9 in 21 rounds while Madison Isaacson, a freshman from Greensboro, averaged 79.7 in 20 rounds.

East Carolina, which placed fourth in the American Athletic Conference, claimed an at-large invitation and is seeded 14th at Auburn.

Carley Cox, a senior from China Grove, has a 74.6 average and has played in all 30 of ECU’s rounds this season.

Grace Yatawara, a junior from Salisbury, has played in 19 rounds for the Pirates and has averaged 76.3. She was in the ECU lineup for the conference tournament.