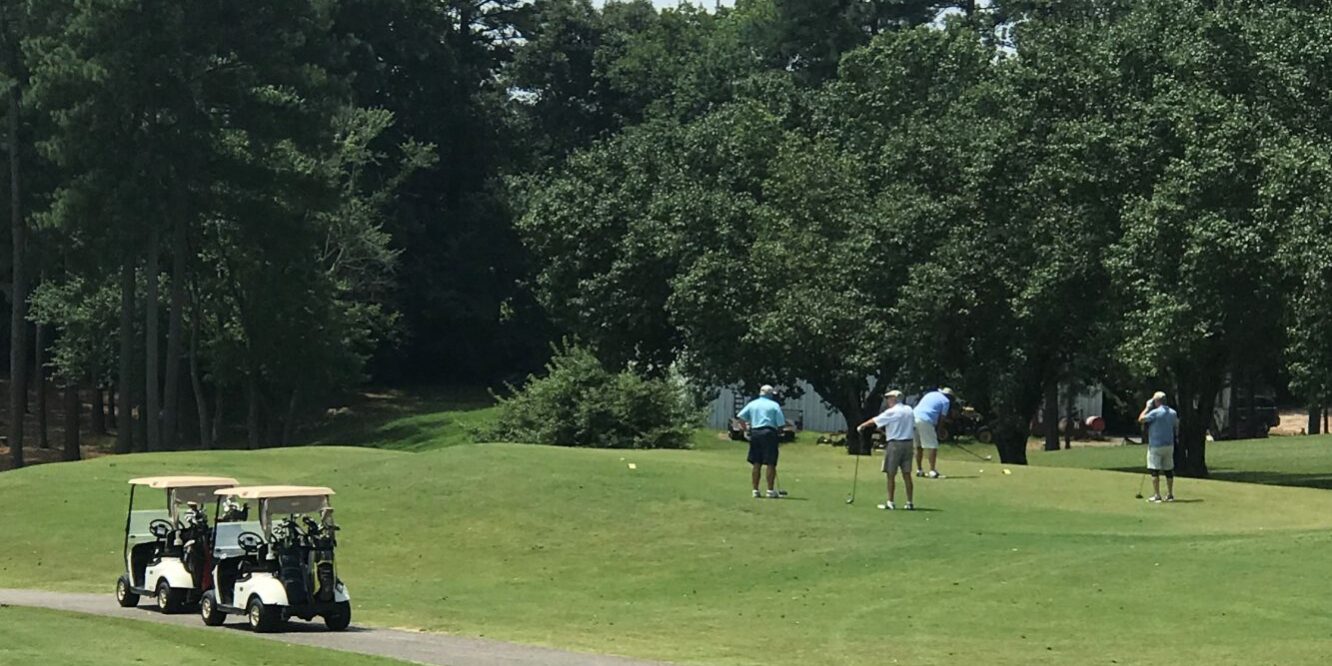 Mike Cochran has been managing golf courses more years than he cares to admit and said he learned long ago that, try as he might, he wasn’t going to please all golfers.

It just wasn’t going to happen.

A select few are going to find something – the price of green fees, the location of the pins, the day’s humidity; you name it – to complain about.

But since taking over as general manager and superintendent at Caswell Pines Golf Club, Cochran said there’s one thing he has yet to hear anyone fuss over.

“I’ve never heard anyone say anything bad about the layout,” Cochran said. “It’s one thing that everyone brags about.”

Caswell Pines is a public/private course located in rural Caswell County, a few miles outside downtown Yanceyville. For most Triad and Triangle residents, the course is a little remote, but, as more and more golfers are learning, it’s worth the drive.

The course is reminiscent of a tract found around Pinehurst, with pine trees galore and large, two-tiered greens that make putting a challenge. The fairways are relatively tight, but fair.

A North Carolina Golf Association bragged about the course “blending the best features of mountain resorts, the history of the foothills and the spaciousness of coastal courses.”

Caswell Pines opened in 1993, built by Mark and Chip Atwater, brothers who grew up near the property and still live close by. It’s a par 72 course that measures 6,900 yards.

By most accounts, the course has improved considerably since being purchased by Greensboro businessman Bob Greear in early 2016. Cochran came on board about eight months later.

“The greens were pretty rough,” Cochran said. “It took us eight or 10 months to turn those around.”

The traps had also been neglected and 460 tons of sand was brought in to improve the hazards. Hundreds of pines have been removed to open the course and get more light and air to the greens.

Cochran said the number of golfers venturing to Caswell Pines is increasing. He said the course draws from southern Virginia, as well as Durham, Roxboro, Greensboro and other surrounding communities.

Cochran, 62, grew up in Martinsville, Va., and in his prime was a scratch golfer. He has been involved in golf management much of his adult life, working as superintendent of the course at Lynwood Golf & Country Club in Martinsville from 1999-2003, and then following that with a similar stint at Bassett Country Club in Bassett, Va., from 2005-2015.

Greear called him about a job not long after purchasing Caswell Pines. Cochran jumped at the opportunity.

He said the course was lacking direction when he came on board.

“When I got here, there was no leadership,” Cochran said.

He has worked to fix that, he said, while continually improving the course. Cochran said Greear told him he wasn’t looking to make a killing off Caswell Pines, just break even on the venture and make it a better place to play.

“Every dime he makes goes right back out on the golf course,” Cochran said.

Greear’s son, Robbie, is one of the course workers, his title being project engineer. Cochran said Robbie told his father he fell in love with the course soon after going to work there and “wants to take care of our course.”

“That’s how all of us who work here feel,” Cochran said. “We look at this as our course. We want to do what’s best for it.”

He said that’s their challenge every day.

“We’ve got a good product and we’re improving it,” Cochran said. “Is it perfect? No, and we know that. But we won’t be satisfied until it is.”

Greear, 74, has made most of his money as the owner of a variety of daycare centers across the Southeast, at one time owning as many as 24. He still owns eight and has over the years also owned a number of golf courses. He’s now down to just two, Caswell Pines and Draper Valley Golf Club in Draper, Va., which he purchased in 2014.

Greear has lived in Greensboro for 44 years, but never made the drive to Yanceyville until 2015 when he heard by word of mouth that Caswell Pines might be for sale. He made the trip one afternoon.

One of the workers invited him to take a ride around the course in a cart. He said it didn’t take him long to fall in love with the layout.

“I’m a sucker for a beautiful piece of land,” he quipped.

“I love the game of golf, I love the challenge,” he said. “Caswell Pines is a challenge, and it’s a business challenge.”

He said the rule of thumb of most courses is that they draw 50 percent of their play from golfers living within 5 miles of the course. Greear said that because of the location of Caswell Pines, he realizes that will never be a reality there.

Instead, he said his goal is to have 25 percent of the play come from local golfers and the remaining 75 percent come from individuals living within 50 miles.

Billy Hodges has been a member of Caswell Pines since the course opened in 1993. He’s a Caswell County native and has lived there all his life.

Hodges, 70, said he’s always enjoyed playing Caswell Pines and enjoys it even more with the improvements that have taken place in recent years.