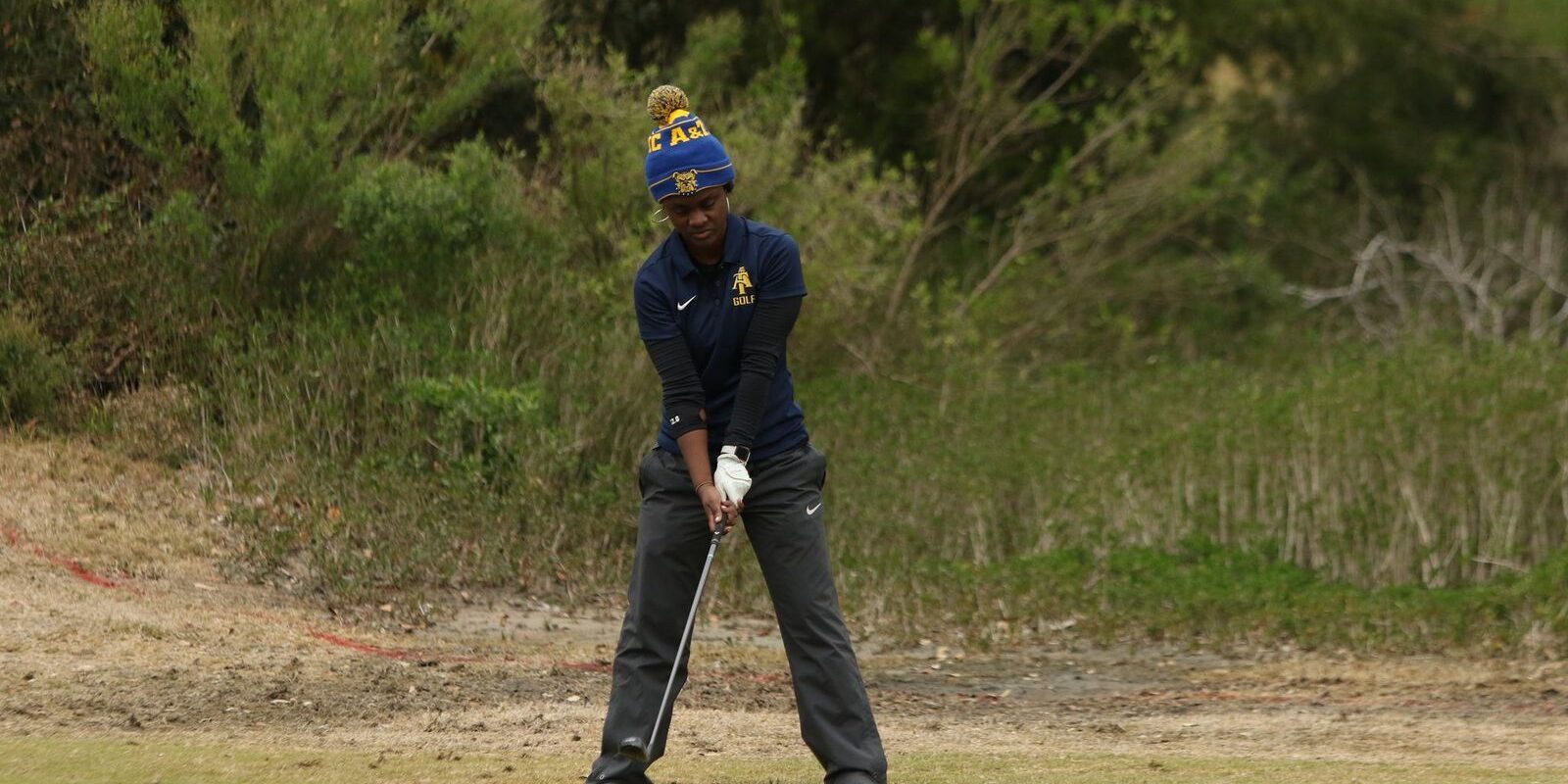 In its next to last year in the Mid-Eastern Athletic Conference, North Carolina A&T will serve as host to the league golf championships.

The Aggies, in only their fourth year of fielding a golf program, will entertain their conference foes at Bryan Park’s Champions Course on April 13-15.

“When we started the golf programs, having the MEAC come here for their championship was a goal we set,” said A&T coach Richard Watkins. “For North Carolina A&T men’s golf to have an opportunity to showcase the magnificent and challenging golf course at Bryan Park is a great step in the right direction for the program. We are super excited about having the MEAC come to Greensboro.”

This will be the first championship outside of Savannah, Ga., since the MEAC reinstated men’s golf in 2014. Augusta University won last year’s event at Crosswinds Golf Club. Only six of the league’s 11 schools fielded golf teams with Bethune-Cookman placing second, Savannah State third and A&T fourth.

In February, the Big South Conference announced that A&T was joining its league for the 2021-22 academic year. A&T had been a founding member of the MEAC more than 50 years ago.

The move to the Big South will be a step up in competition and exposure for both A&T men’s and women’s golf programs. Campbell University won both divisions in 2019.

A&T is the second MEAC member to switch to the Big South in recent years, following Hampton in 2018.

The Aggies will form new rivalries with in-state programs at High Point, Gardner-Webb and UNC Asheville as well as Campbell. The other league members are Winthrop, Longwood, USC Upstate, Radford, Presbyterian and Charleston Southern.

One week before the MEAC championship, Bryan Park will be the venue for one of the top women’s golf tournaments of the spring.

Wake Forest and UNCG serve as co-hosts of the 23rd annual Bryan National Collegiate on the Champions Course on April 5-7.

Wake Forest dominated the 2019 tournament, setting an ACC record for the lowest 54-hole scoring record at 34-under par.

Jennifer Kupcho, now on the LPGA Tour, and Emilia Migliaccio were co-medalists.

North Carolina was second, 32 shots off the Demon Deacons’ blistering pace. N.C. State was third and Charlotte fourth in the 16-team field.

Those top four will be back along with UNCG in this year’s 17-team field. The others are Virginia, Georgetown, UCF, Michigan, Richmond, East Carolina, Virginia Tech, South Carolina, Iowa, Notre Dame, Old Dominion and Boston University.

Wake Forest, South Carolina, Charlotte and Virginia Tech are all ranked in the top 25 nationally.

With one of its upperclassmen enjoying an opportunity to play in a PGA Tour event, Wake Forest turned to its youngsters for a strong showing when the Demon Deacons opened the spring portion of their schedule with a runner-up finish.

Team veteran Parker Gilliam received an exemption to play in the PGA Tour’s Puerto Rico Open on Feb. 20-23, so he missed Wake’s trip to the Golf Club of Houston for the All-American Intercollegiate.

Led by top-10 finishes from sophomore Alex Fitzpatrick and freshman Mark Power, the Demon Deacons shot 278-290-276 and ended four shots off the pace of Sam Houston State in the 13-team event.

“Finishing 20-under is a good way to start the spring season,” said coach Jerry Haas. “The golf course is a very difficult course and we played very well (in the final round). Sam Houston State had an outstanding week and as a coach I wish there was one more day.”

Gilliam, meanwhile, shot 75-73 in his first PGA Tour appearance and missed the cut. He had earned an exemption by winning the White Sands Intercollegiate in the Bahamas last November. An opening round 60, which set a school record, propelled the junior from Cary to a three-shot win, his second at Wake Forest.

In the fall, the Demon Deacons won the Rod Myers Invitational and also had a pair of seconds and two fourth-place finishes. Wake Forest is ranked sixth in the country by Golfweek heading into early March.

Johnson & Wales University of Charlotte is adding men’s and women’s golf to its athletic program and Greensboro native Chris Jones has been tasked with putting the teams together.

Jones, a Page High School graduate who played collegiate golf at Lenoir-Rhyne from 1993-97, has more than 15 years of experience in the golf industry. He has served as assistant coach for the golf teams at Belmont Abbey College the last four years.

Prior to his years at Belmont Abbey, Jones was on the golf staff at Grandover Resort while also coaching the high school teams at Northern Guilford. He was the Nighthawks’ coach when the boys won the state championship in 2010. He also guided the Northern girls team to state runner-up finishes in 2011 and 2013.

Ten of his former players went on to play collegiately.

“It’s an honor to be named the first head golf coach at Johnson & Wales of Charlotte,” Jones said. “I want to thank Trudi Lacey, director of athletics, for giving me the opportunity to start these two programs at this outstanding university.”

Johnson & Wales is a member of the Eastern Metro Athletic Association, which is part of the United States Collegiate Athletic Association. Not affiliated with the NCAA, the USCAA is the governing body for approximately 100 small schools across the country. They stage a national golf championship in October at Penn State University’s course.

“We are excited to have Chris join our staff. He brings excellent experience, and is a dedicated coach,” Lacey said.

Although the university doesn’t offer athletic scholarships and he only started his new job in early February, Jones is already at work putting together a roster for the fall.

“It’s going to be a challenge coming from the DII ranks (Belmont Abbey),” Jones said. “We’ve got to find players who are interested in the school.”

The fact that Johnson & Wales is one of the top culinary arts schools in the country could be a draw. Golf and hospitality go hand-in-hand so I think it will be a good fit here.”

The campus is in downtown Charlotte, only a few blocks from Bank of America Stadium.

A home golf course hasn’t been determined yet.