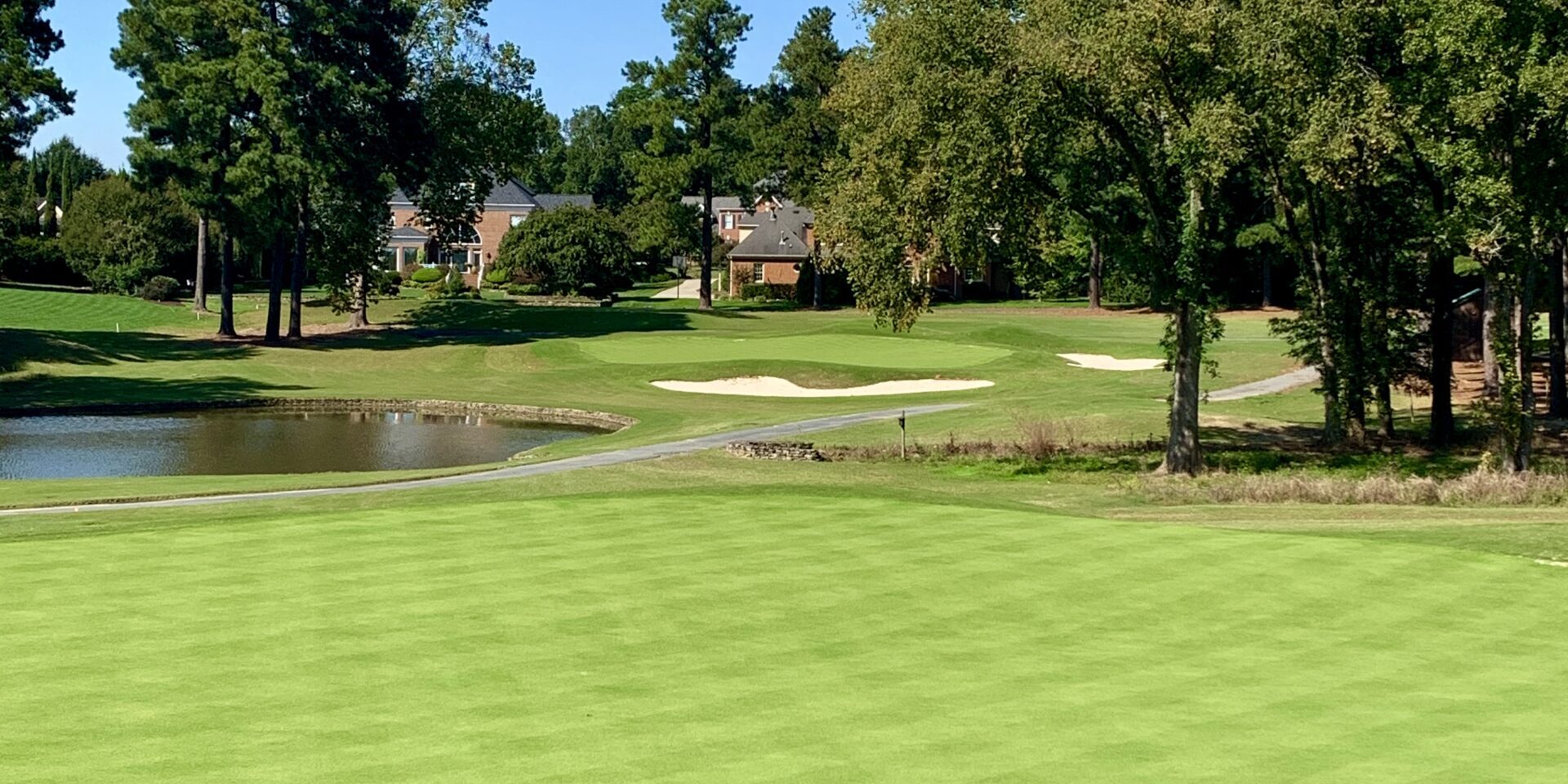 It was time for Alamance Country Club’s renowned course to receive a bit of a facelift, and golfers should return in November after a significant “refreshening” of the Donald Ross layout.

“We’re very lucky that we have our original 1946 Donald Ross plans,” said Ray Womack, a longtime member at the Burlington club. “We always want to make sure that Mr. Ross’ plans have been followed through.”

That was one of the foundations for this project. Play ceased in mid-June for the upgrades.

A previous renovation took place in 1999, so it was naturally time for some extensive course work, said Alamance CC head pro and director of golf Drake Woodside.

“We have a lot of members who’ve been here quite a while,” Woodside said. “It’s a membership that’s very aware of the course’s history. It’s very important to retain that.”

Alamance CC is considered the second-to-last design project undertaken by Ross, who devised some of the most highly-regarded courses in the world.

Womack and member Jim Crouch were among those who uncovered the original Ross plans for Alamance CC. Womack has been on the greens and grounds committee for close to 30 years.

“It’s one of my passions. To have a Donald Ross course is just one of the joys,” he said. “We have been very, very unwilling to make changes that weren’t in his plan.”

Finding Ross’ routing visions and notes provided a map “to help keep our course as true as we can to the course’s structure,” Womack said. “We weren’t going to mess with that. It’s still true to what Mr. Ross wanted.”

The par-71 course is sticking with bent grass greens, though a different grade. The latest project has involved working on the saddles and ridges of greens so they return to original perimeters.

“We were coming to the end of the useful life of the greens,” Womack said. “We wanted to renovate the golf course and close it when we wanted to do it.”

The club’s board of directors had been putting together the pieces for this project for about five years. By the end of September, everything was on target and it was just a matter of waiting a few weeks for the new work to properly mature before golfers step on the course.

Another significant part of this project has involved going with the “Billy Bunker” system implemented by architect Billy Fuller, whose previous handiwork has included time at Augusta National, home of the Masters. The revised bunkers provide for better drainage and should reduce maintenance expenses.

“Get them back to more classic shapes,” Woodside said. “And we removed a few bunkers (like on No. 6, of instance).”

Perhaps as a bonus, contrasting white angular sand has gone into the bunkers.

Work has been done to firm up spots in front of several greens. Trees in some areas have been removed and drainage upgraded.

Forward tees have been added, creating a shorter set-up for certain golfers with the extra tee areas – though the course can play as long as 6,706 yards. Those playing from the shortest tees will see the distance reduced from about 5,100 yards to around 4,500. For instance, the par-3 14th hole plays shorter.

“The forward tees are going to be popular,” Woodside said.

Tee designations have changed from color-coded listings to a numbered system.

When the course underwent a renovation of greens and bunkers in 1999, orchestrated by architect Bob Cupp, the layout also was slightly lengthened at that time.

This year, the course work was done by TDI Golf, a Canadian-based golf course construction company. Cam Martin was the project manager.

Members are expecting a course that has been special to be even better.

“It was probably time to do that,” said Don Hill, the Elon University men’s coach. “(The course) is ranked so high, you want to maintain that. As a member, I can’t wait to see it.”

Alamance CC had a course record matched last fall. In October 2019, Gardner-Webb redshirt junior Jake Scruggs posted a 10-under 61 in the second round of Elon’s Phoenix Invitational. Scruggs used 11 birdies to go with one bogey to match the record set by William Register, who recorded his gem July 22, 2014. Scruggs, who’s from Shelby, went on to win the tournament the next day.

Register, a former Williams High School and University of North Carolina standout, is a pro on the PGA Mackenzie Tour in Canada.

Elon’s fall seasons were wiped out by the pandemic, but any home tournaments would have been held elsewhere while the Alamance CC course was closed. The club set up reciprocal arrangements for members with about 16 courses in the region, though not all those panned out because of restrictions at some other facilities.

Meanwhile, even with the course shut down for several months, Woodside said Alamance CC has increased membership this year.

Along with the work on the course, the range has been retooled. The big change in that area, though, comes with the addition of a teaching building that includes a golf simulator. Woodside said the instructional aspect is bound to be among the jewels for the club, providing new types of opportunities at all times of the year.

Still, a majority of the attention is bound to be directed toward the greens and visual appeal across the course.

“Most of it has to do with the shapes of the greens. Get the greens up to the latest standards,” Womack said. “We’re just happy to have a newly refreshed golf course.”