Nichols making a name for himself off the golf course 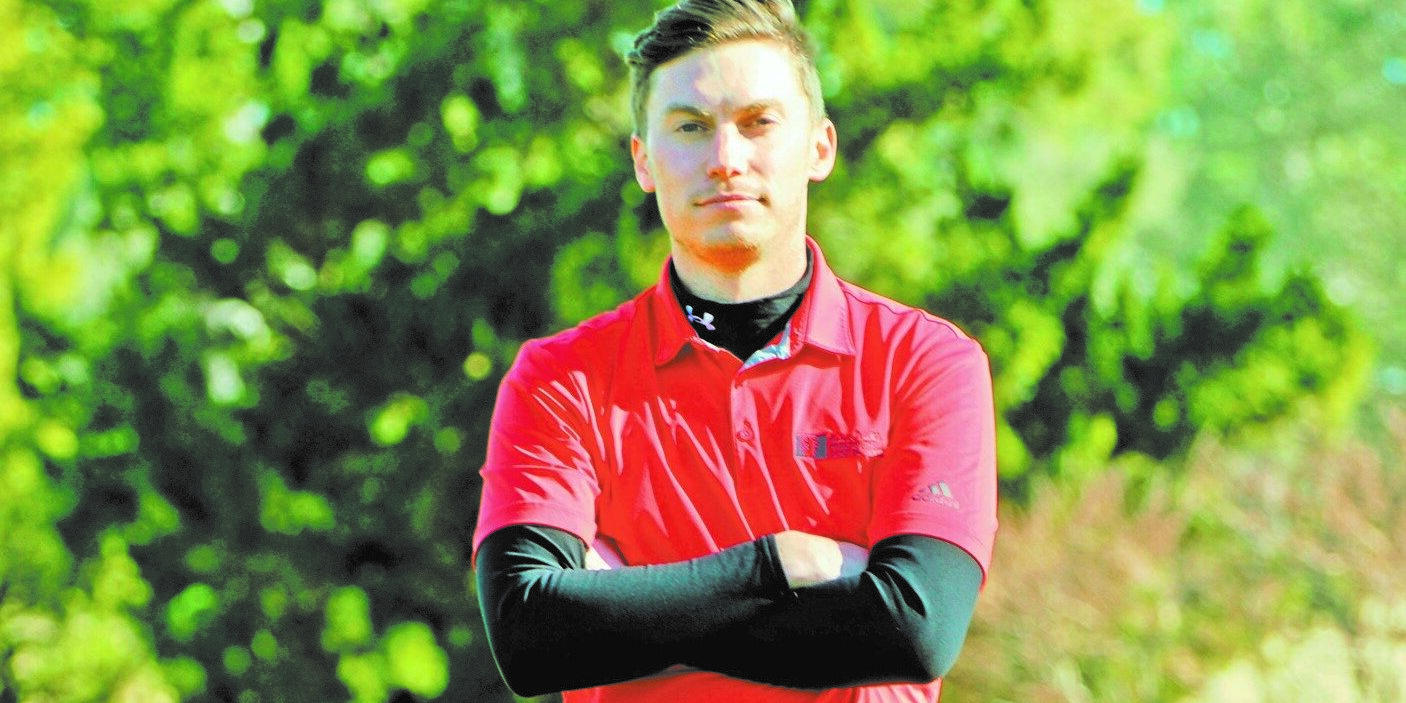 After disgustedly picking my ball out of the cup and carding a triple bogey seven on the scorecard I often joke with my golfing buddies that “I’m glad I don’t do this for a living.”

Relaxing on the golf course, not getting ahead of yourself, accepting the good bounces with the bad, and focusing for 4 ½ hours has eluded me and many, many others who tee it up on a regular basis for decades upon decades.

You can add Josh Nichols to that list of “frustrated golfers” even though the former Salem Baptist Christian School star and Appalachian State golfer played at a much higher level than most. But since graduating from college in 2013, Nichols has without success attempted to make it in the professional ranks.

Seeing the writing on the wall after numerous unfruitful years trying to make ends meet on the links, Nichols began a new career in May 2019. And he’s fast approaching making a living at the game he still holds dear to his heart.

At the suggestion of renowned golf instructor Robert Linville of Precision Golf School in Browns Summit outside of Greensboro, Nichols began teaching the mental side of the game to players who Linville suggested may learn some valuable lessons from Nichols, who made it to the championship match of the 2017 U.S. Mid-Amateur.

“The purpose of mental coaching is to get you into that mentality of ‘I’m glad I don’t do this for a living’ even though you do make a living at this because you play better when you’re more relaxed,” Nichols said.

Nichols, who lives in the Triangle, recalls the jitters he encountered during his first mental coaching lesson with mini-tour pro Will Stewart of Charlotte.

“I was super nervous and I had no clue what I was doing,” Nichols said. “I thought it was kind of rough but I’m still working with Will, he’s still a mini-tour player, I didn’t scare him away from the game … and he is getting better.”

Nichols describes his foray into his new golfing career as a slow transition and learning process that has rapidly taken off to where he’s now tutoring between 20-25 players on a regular basis. Most of Nichols’ clients are referrals from Linville at Precision Golf School, but he also has a stable of what he calls his “independent students” under his business model, Foundations Mental Performance.

Linville has run Precision Golf School for more than three decades and has a stable of award-winning golf instructors, but never had a mental coach until he teamed up with Nichols, one of his former pupils.

“We’ve always had the physical part, the technique part, the playing part at Precision Golf School, but we didn’t have the mental part to build players with,” Linville said. “I am a very holistic teacher, so seeing that part of the puzzle come together has been great for us because it is a huge part, and to have Josh for us to send players to is just awesome.”

Nichols has an engaging personality and is really a living, breathing classroom for younger players since he is not too far removed from his competitive playing days himself.

“Josh is obviously a younger mental coach but that’s great for me as a younger player because we speak a similar language,” said the 24-year-old Stewart, who will head to Canadian Q-School in March. “We’ve kind of shared a similar path in our careers. We’re both aspiring professionals. He has been there, he understands and it’s very fresh for him. It’s not like he did it 20 years ago. He has a good playing record himself and so much of what we’ve talked about translates to his life outside of golf and it has helped me do that same.”

“Josh was able to apply these (mental) concepts to his own game a few years ago,” Linville said of Nichols. “So when he’s teaching the mental game to players it’s not like a theory, he’s not coming from a standpoint of ‘I’ve learned this in a classroom’ setting, but he grasps the concepts so he can relate to how easy or difficult or time-consuming things are in golf. And Josh can also relate to things maybe not necessarily happening on a time frame a player wants it to happen on, or that if you keep doing different things that you can change, you can develop, you can see progress in the mental part of your game, not just the physical part of the game.”

Most of the students Nichols has mentored are juniors between the ages of 14-18. Several of his players have gone from rankings around 60th in the state to top five status.

Nichols says he take all comers, even players who might be considered “difficult projects” or golfers who are engaging with him just because their parents or coaches want them to.

“If they had enough hope in themselves and their game to come see me then to me they’re not hopeless,” Nichols said. “But some players are hard to communicate with and I can only go off what they give me. I’ll tell my wife sometimes, ‘another teeth-pulling session.’ It’s hard with a lot of players, but I try the best I can because I always believe there is hope for that player.”

Most golfers are on scheduled monthly sessions with Nichols, especially for prep or college players in season, who can text or email Nichols on an unlimited basis to get instant mental coaching feedback when an in-person session isn’t feasible.

He also encounters golfers like Stewart, who hits up Nichols for his expertise when a big moment is on the horizon, such as upcoming Q-School.

“You want to treat Q-School the same, but obviously in your head it is a bigger moment because it just has more career implications,” Stewart said. “It’s not life or death, but it is without a doubt a bigger moment. You don’t get many of those opportunities, so you certainly want to make the most of them, so I will definitely want to lean on Josh because I don’t want to have that mentality that this is such a big moment that I absolutely have to perform.

“I will lean on Josh to make sure I’m accepting things, and understanding that I can only do what I can do, just as the other 364 days of the year,” added Stewart. “They are still just golf shots; nothing is different in that regard. It’s a tee shot, an approach shot and it’s a putt. And it’s a four-round event, so you don’t necessarily have to put so much pressure on day one or the first tee shot. That’s why they have four-round qualifiers so they can see who is going to hang in there for 72 holes. I will definitely lean on Josh to get my mind in the right place, and allow me to be my best.”

Unlike many teenage junior golfers where emotional maturity can be the top priority for mental work, a player as polished as Stewart need another sort of lesson, Nichols stresses.

“Josh always tells me once it leaves the club face all you can do is focus on the next one,” Stewart said. “That mindset is freeing in the sense that if you do what you can do you can leave it behind and just do the next thing. I have found so many parallels between that and life. You do what you can in life and then you just have to move on.”

In addition to his mental teaching duties, Nichols produces a regular podcast called The Mental Golf Show. He also still helps his aunt with her catering business in Denton and his parents in their commercial refrigeration business in Kernersville.

Nichols won’t turn 30 years old until April 15, so he’s still very much a “mental game” sponge and in the infancy of what he hopes will be a fruitful career on the other side of the practice tee.

“Every player is different, female-to-female, male-to-male,” Nichols said. “With most players when I ask how mental coaching would benefit them, the first answer is almost always ‘making up for a bad round, a bad hole, a bad shot’ – it’s coming back from something bad. I would say, ‘that’s you answer, but my observation is emotions.’ For really young kids it’s emotional maturity, and for more mature players they still get overly-emotional. There is nothing wrong with emotions. Look, Tiger Woods is extremely emotional but he has one of the best mental games of all time. He can re-focus very easily. Being over-emotional is probably the biggest umbrella or trait that has the most work to be improved. But emotion is a very generic term — it’s letting bad things affect your next shot. To me, that’s the boiled down part of the mental game thinking.”