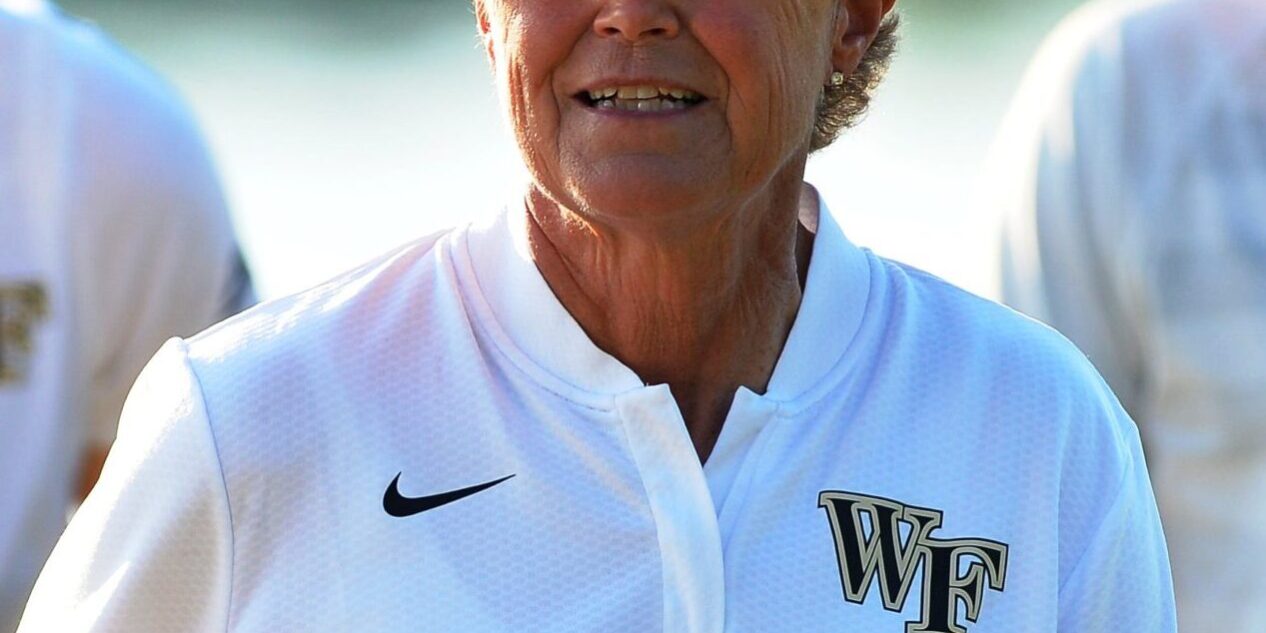 When Diane Dailey stepped down after three decades as the Wake Forest women’s golf coach she dreamed of playing more golf and of spending quality time with her older sister in the North Carolina mountains. Giving golf lessons and teaching the game that opened so many doors wasn’t necessarily in the cards.

But as we all know, retirement plans can take a few unexpected twists and turns.

Dailey was trying to get her game back in shape the other night at Maple Chase before heading to Blowing Rock for the summer months. She chuckled about the state of her swing.

“It has been a little rough,” she said of the few holes she logged. “I just haven’t had a chance to play a lot and I have just lost a lot of distance and strength. I’ve been trying to work on that a little bit. It is starting to come back.”

I can attest that part of that “distance thing” has to do with age, but in Dailey’s case it can also be traced to her lesson schedule, which has mushroomed to include a stable of players in both the Winston-Salem area and mountains, including three members of the state championship Reagan women’s team.

“I was up at Blowing Rock recently and I had 12 lessons in a four-day period,” Dailey said. “I think I just hit just 10 balls myself the whole time I was up there. I had no idea I would be doing this.

“I was teaching five or six lessons a week at Blowing Rock last year and it was fine, and then the pro there asked if I would like to teach in the summertime and I thought ‘well, that might be fun,”’ she added. “I did it because my sister has a place up there so it as easy for me to be there, but I ended up really teaching a lot. I really enjoyed the people and the environment. It was just fun to get people hitting the ball again.”

“I teach beginners and then I teach people who have played golf for awhile, but I always like to take them out on the golf course and teach them a little bit about how to play, how to manage the course, how to play uneven lies, how to adjust for distances. To see that smile come across their face when they start hitting it well is the biggest reward you can get.”

Dailey, a four-time ACC coach of the year, took over the Wake Forest program in the summer of 1988, and during her three decades of leading the program the Demon Deacons won 30 team titles, 39 individual titles, four ACC Championships and qualified for 15 NCAA Championships.

Her forte early in her college coaching career was helping players in the short-game area, but as time went on most college golfers had their own personal instructors and Dailey began teaching less and less.

“The biggest piece coach Dailey helped me with was the mental side,” said All-American senior Emilia Migliaccio. “She’s the most positive person I know on the course. If I was down or frustrated I leaned on her a lot for words of encouragement and she always had the right ones, and a couple really awesome stories. She told me one time she hit only three greens and shot 3-under. She always believed in the ‘impossible’ and it was so inspiring and something I take with me on the golf course every single day.”

While at Wake Forest, Dailey met Reagan High School head coach Jay Allred, whose daughter Victoria was a top-notch player. Dailey and Allred forged a relationship that has blossomed over the years.

“Dianne has a great understanding of the golf swing,”’ Allred said. “She takes a complex move and simplifies it so a young player can understand the process. My daughter took lessons from her 10 years ago and Diane made her into a state champion. Dailey has had the same results for the players on our team now (see pages 6-7). She is enthusiastic when she teaches and likes to go out on the course and watch the players in competition to see if there is something she is missing between the practice tee and competition.”

Dailey was thrilled when Reagan freshman Macy Pate called to tell her she had won the individual state championship, and that teammates Morgan Ketchum and Anna Howerton helped secure the team title, too.

“I wrote them and told them that all of their hard work had paid off,” Dailey said. “What a great thing to be a state champion. Nobody can ever take that away from you forever. It will always be in the record books that you are a state champion. I was just so excited for them. That is what they have been working for and they met their goal.”

For now, Dailey is headed back up the mountain for the summer, lending her talents and love of the game to the membership at Blowing Rock Country Club.

“I just realized I didn’t want to sit around and twiddle my thumbs,” Dailey said of her retirement from college coaching. “Teaching became fun because everyone is different and it challenges me to come up with different solutions to help them. That part makes my brain tick a little bit, and I feel like I am being productive.”