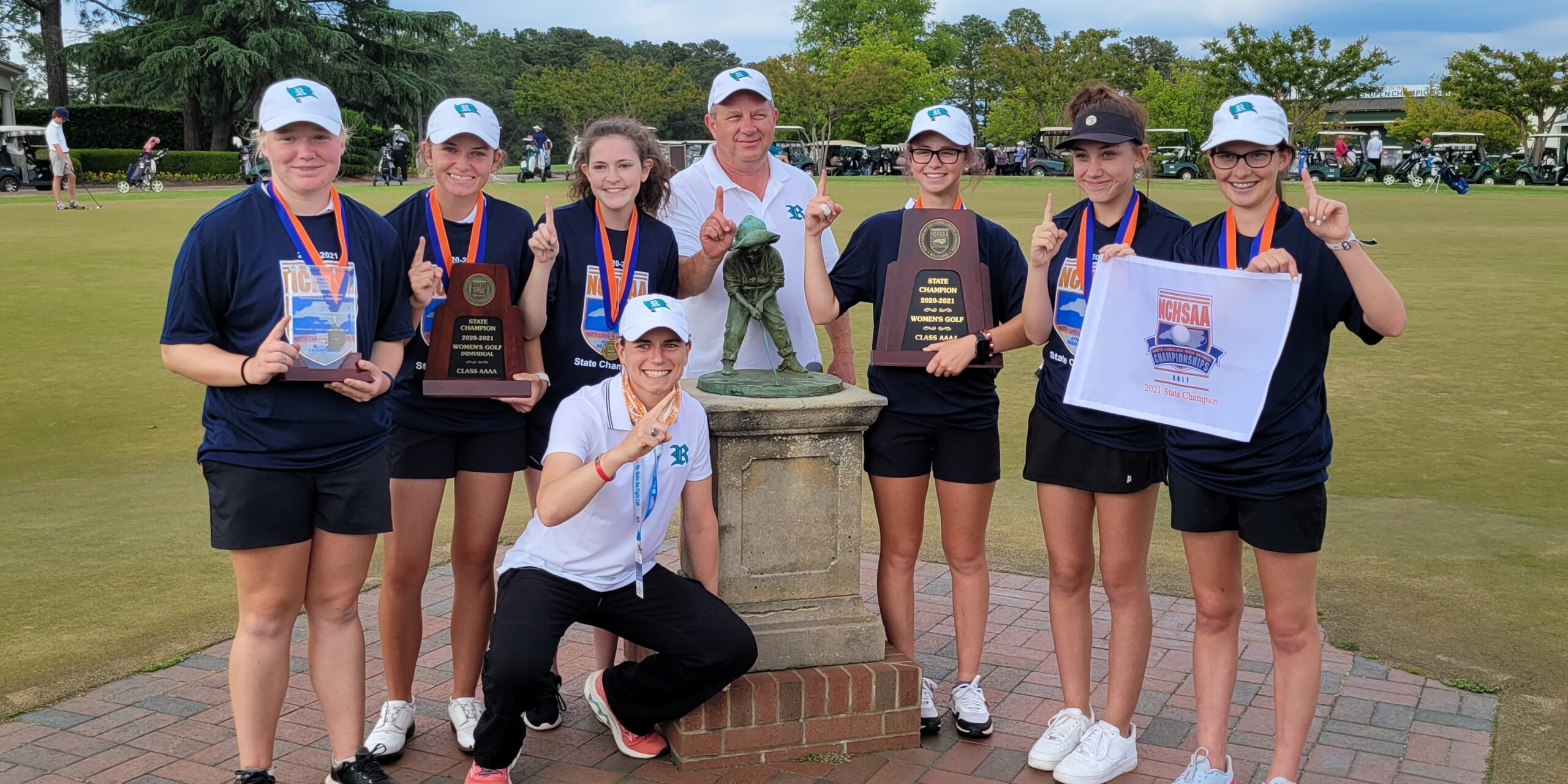 Reaching the top in golf often requires tremendous sacrifices, including long hours on the practice range, a never-ending focus on fundamentals, mental toughness and course management, just to name a few. 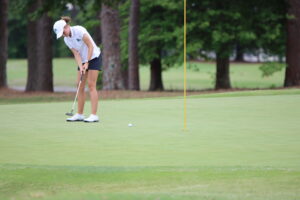 Macy Pate added one more item to the mix this past year. The Reagan High School freshman and her family had a meeting of the minds and decided it was best to leave the cold weather of Boone behind and more to the Triad area, in large part to help Pate live her golf dream.

“Both of my parents got new jobs and now I go to a new school so everything is a little bit different,” said Pate, who carded a 68 to capture the 4-A individual state title at Pinehurst No. 1 in mid-May. “We’ve always talked about moving down to the Winston-Salem area so when COVID happened I said ‘you know what, I may want to move, I’m tired of the cold weather, I’m tired of not having great practice facilities.’ It turned out to be a good decision.”

The 15-year-old’s 2-under score helped Reagan to the state team title with a 3-over team score to beat Green Hope by nine shots. Junior Morgan Ketchum shot even par to come in third, while Anna Howerton carded a 75 for a tie for 11th to cap the team’s remarkable season, in which it won the program’s 12th straight conference title and set new state records for the lowest nine-hole score (100) and lowest 18-hole score (210).

“Our three top girls are all great golfers and on any given day any one of them could have won the state individual title, but this year it was Macy’s day,” Allred said. “Anna led the conference the first four matches and Macy was third. At the conference tournament Macy wins by enough strokes to finish as the player of the year. The next week at regionals, Morgan wins, and the next week at states Macy wins. They all have great swings and great styles of play.”

“I’m not really sure how it happened and I’m not sure Jay is exactly sure how it happened but it has been like if you build it, they will come and that’s kind of what has been happening,” Bowman Choat said of the program’s recent dominance in women’s prep golf. “And we have some other great girls coming in next year and the following year, so hopefully we’re going to continue a long legacy – that’s the plan.”

Grace Holcomb of Wilmington Laney was playing one group in front of Pate, who saw Holcomb birdie the final hole to forge a tie as she was awaiting her second shot at the par-5 out of the pine straw after her drive went left.

“I saw Grace make her birdie putt and everybody was clapping so I knew I had to make a birdie, too,” Pate said of her 190-yard approach shot. “The ball was a little below my feet on my second shot and I was trying to hit a little hook around the tree but I ended up going just below the tree and had a fairway chip to the green for my third shot.”

Pate kept her approach 12 feet below the hole and sank the putt, with the ball rolling all the way around the edge of the hole before hitting the bottom of the cup for the dramatic one-shot win over Holcomb, who shot a 69.

“I don’t think of it as pressure, it’s more motivation to try to win three more years,” Pate said about taking the individual title as a freshman. 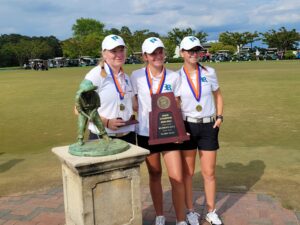 Pate, Ketchum and Howerton all take lessons from former Wake Forest women’s coach Diane Dailey, who plays out of Maple Chase in the winter and spring months, and then spends the Memorial Day through October in the mountains at Blowing Rock Country Club. It was there where Dailey first met Pate on the range.

“She was taking lessons from Wayne Smith and I just started talking to her a little bit, and her dad asked me about college golf,” Dailey said. “So, we set up a plan on what she needed to be doing and what college golf was like, and I sort of gave her an overview of that and different aspects of her game that she could work on in general. At the time I had not seen her play or worked with her at all.”

The three Reagan players knew each other from junior golf and were friends, but became even closer when Pate moved to the area and all three logged lessons with Dailey.

Pate’s addition to the team fit like a glove, while her father landed a job at Old Town Club and her mother as a paralegal at a local law firm.

“They just thrive on each other, they play games, they challenge each other and are each other’s best friends,” Dailey said of the three Reagan players. “When Macy won all Morgan could talk about was how her good friend won a state championship and how proud she was of her. There is no jealously at all; they just want to see how good they can get in such a healthy environment.”

“Macy has just been such a blessing this year,” added Bowman Choat. “She has just been such a great asset to our team. She is super positive and always laser focused and just never gives up. That’s something that a lot of kids can’t do, they let the bad shots bring them down and she just doesn’t. I’m just really, really encouraged by her attitude and everything she does and the way she plays.” 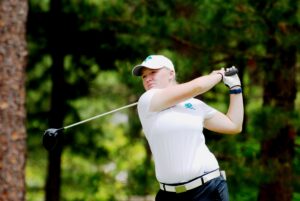 Ketchum, is a junior and as stellar in the classroom as she is on the golf course, said she has yet to choose a college.

“She is definitely a Division I player; somebody is going to get a really good player,” Dailey said. “The problem the prep juniors have had this year was the college coaches couldn’t recruit because of COVID, and then a lot of college coaches are keeping players for a fifth year so that ties up scholarships. I can tell you no one is going to work harder than Morgan, she works all the time. She will come out to practice on two hours of sleep if she feels like she didn’t practice as much the day before. She is a workaholic and has a great long game and is extremely calm on the course.”