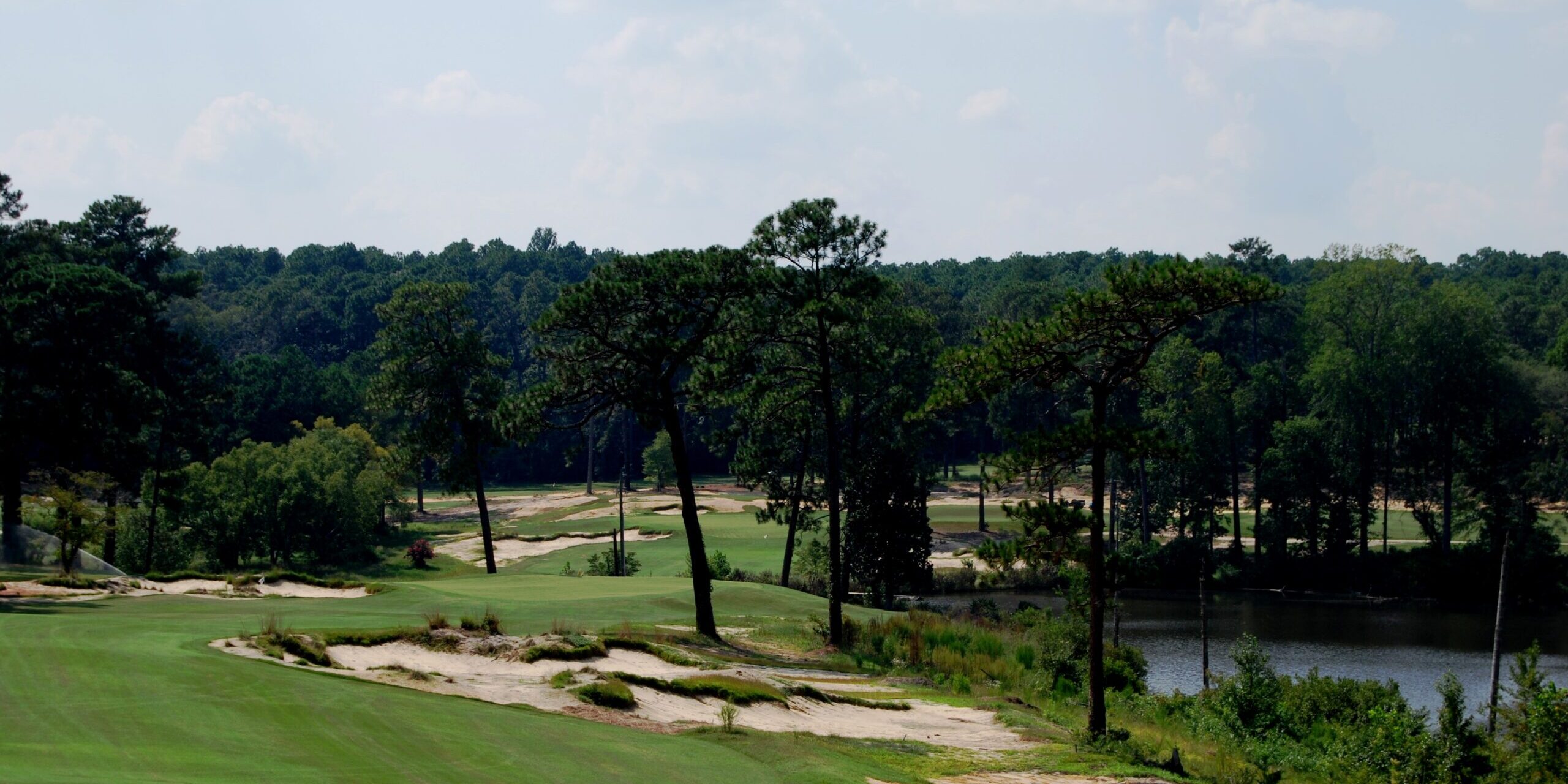 The first lunch meeting in February 2012 between Pine Needles Resort president Kelly Miller and golf course architect Kyle Franz hit on a wide range of topics. At one point, Southern Pines Golf Club came up, and Franz sat up in his chair.

Franz had played the 115-year-old course numerous times while he was executing bunker work at Pinehurst No. 2 for Bill Coore and Ben Crenshaw as a rookie architect in his late 20s, and considered it to be one of the more interesting Donald Ross layouts with sweeping vistas, stunning topography and a fun test of golf.

At the time almost a decade ago, Miller was operating award-winning and USGA favorite layout Pine Needles and sister resort Mid Pines, but had always had one eye on Southern Pines Golf Club, which had been owned by the Elks Club since 1951.

“I played it with my father-in-law dating back to 1981,” Miller said. “I’ve played a lot of rounds there and I’ve always loved Southern Pines. I’ve been trying to purchase it for 20-plus years, and it probably worked out best that I didn’t get it until now because no telling what I would have done 20 years ago.”

When Miller acquired the former Elks Club course last year, he immediately swung Franz into action on a renovation project. Franz, now 40, had already done stunning work for Miller at Mid Pines (2013) and Pine Needles (2018), so he was the natural choice to work his magic on this Southern Pines course.

There is no telling what Franz would have created if his Ross renovation work had been reserved.

“I’m really glad I did this project third and last of the three because of the escalating requirements we’ve had at Southern Pines,” Franz said. “In the case of Mid Pines, it was some of the most well-preserved set of Ross greens out there, we only had to fix a few greens with expansions and hole locations. When we jumped to Pine Needles, and they had switched to USGA greens, we had some little detail things that Kelly and I wanted to get back in there and really get that horse blade touch of Ross.

“But Southern Pines has really been a major challenge. The challenge of these greens was so big because (architect) John LaFoy had changed them in the early 1990s. We spent months preparing for what every concept would be like within the greens to get to feel like a Ross course as opposed to a 1990s course. And our goal was to make each one of these properties different, so while Pine Needles is the most restrained set of greens and Mid Pines is really steep greens, this one has the most contouring within the greens.”

Southern Pines plans an opening around Labor Day weekend. Miller says golfers have been clamoring for months to get the first crack at playing the new Franz design.

“There has always been this little cult following here but it’s really not so little anymore – it is growing and there is a lot of excitement,” Miller said. “Once people get on site and see it that following is going to multiply. At times Southern Pines has always been rated as a ‘sleeper course’ or ‘the best value,’ but we’ll let the social media and the golf raters decide things now. But we’re pretty comfortable with the work done here, and with that may come additional top rankings. We didn’t do it for the ratings, we did it to restore the golf course and provide a great place to play for our members and Elks Club golf members.”

Pinehurst Resort has Courses No. 1 and 2 as Ross designs, with several of its other layouts being hybrid Ross layouts. So, Miller believes his resort will be the only in the nation with three original Ross layouts to offer golfers.

“Kyle’s team has done amazing restoration work at all three courses, so we are thrilled, honored and almost humbled by it,” Miller said. “I tell people we are just the current caretakers of the (Ross) courses. All we want to do is make sure we leave them in better shape than what we found them in.”

The price of a round will increase slightly at Southern Pines Golf Club, but both Miller and Franz agree that it should remain affordable. Rates from Sept. 13-Nov. 17 are $75 on weekdays and $85 on weekends, dropping to $55 and $65 this winter.

“From the beginning we really wanted this to stay a golf course that is publically accessible, and we didn’t want the rates going super high. That has been a priority for Kelly and myself,” Franz said. “I grew up playing on a public golf course. The design style has tried to work toward that. The bunkers are big and burley, but they are easy to maintain. There is more of a meadow like feel — scruffy and fluffy around the edges with broom sedge and North Carolina native plants. At Pine Needles, we tried to make it as clean as possible. An analogy I make is it’s a Ross course with Ross features, but with the cleanliness of an Augusta National. Here, it’s going to be a little more rugged and a little more natural. That’s what has kind of been the ambiance of the place for decades.”

The design work by Franz will also feature a gradual movement to more “natural” cart paths over the next few years. The “soil stabilization” cart path product was first used by Franz during his renovation work at Raleigh Country Club last year and blends in more with the natural Sandhills scenery than concrete.

“First of all, the course is so much more open than what it was, and we still have some work to do as it relates to tree removal,” Miller said. “We’re raised the canopy so you can see through the golf course. Overall, this course has such phenomenal topography and the vistas here are spectacular. And one of the best set of par 3s, really anywhere, and Kyle has done great work on them. It is scaled properly for the average guy, but this is going to be quite a test at 6,900 yards as a par-70. This will be all anybody wants to play.”

The second hole is the first of a half dozen where Franz restored and added back into the layout fairways “crossing features” that include mounding, native grasses and bunkers to create a series of forced carries through the course.

The Franz design also reintroduces a “lost hole” that was deemed unsafe to play back in the day. It’s just another historic touch that Franz has added to create what golfers will surely find as yet another visually stimulating experience from the 40-year-old architect.

“Southern Pines Golf Club has always been in my heart,” added Franz. “I’m so thrilled how it turned out.”